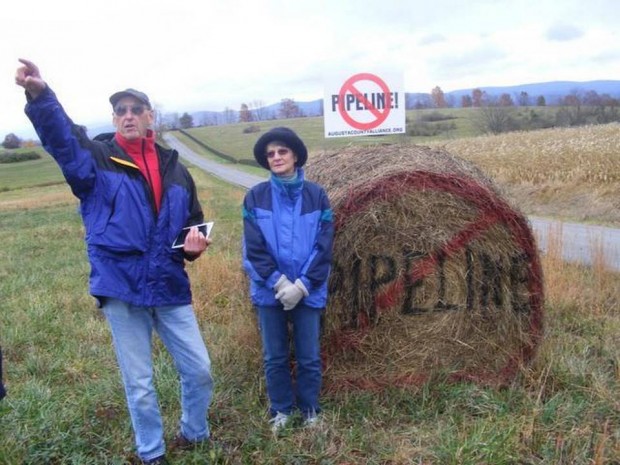 Doug Walker, vice president of business development at Tallgrass Energy Partners, said the company, which operates the Rockies Express Pipeline, has encountered more intense opposition to its expansion of the pipeline to create bidirectional flows, than it had faced with the original construction of the pipe from the Rocky Mountain region to the eastern US. The original pipeline was completed in 2009.

The 1,700-mile pipeline recently began to offer firm service from Appalachian gas fields to Midwest markets, increasing its delivery capability into Ohio and Illinois from 1.8 Bcf/d to 3.6 Bcf/d.

Walker said environmental groups, in expressing their opposition to the expansion project to the US Federal Energy Regulatory Commission, have adopted a relatively new strategy.

“FERC has been challenged to try to consider the full life cycle of the project from the wellhead to the burner tip,” he said.

The opponents demanded FERC consider all potential environmental impacts of the project, including those from upstream operations that provide the gas that would flow into the pipeline, rather than follow the traditional FERC regulation model of considering each individual project on its own merits.

Although FERC has to date resisted the demands of the protesters, “that’s a challenge that’s out there,” Walker said. “It continues to be a focus for many of these environmental groups.”

REX, which was originally built to take gas out of the Rockies region to gas-hungry markets in the Northeast. However, the unexpected and historic ramp up in gas production in the Marcellus and Utica shale plays over the past few years has dramatically altered the North American gas supply-demand paradigm.

“The best thing you can do is try to stay flexible. At times, folks have thought that the eastern impacts on REX were going to be severely negative to REX. And in fact it’s turned into a great opportunity for us,” he said.

Whereas REX began as a 1.8-Bcf/d west-to-east pipeline, when its current and planned expansion projects are completed, Tallgrass will operate a bidirectional 4.4-Bcf/d pipeline system with multiple delivery points in the Midwest.

“An important part of that was not just to turn the pipe around or make it bidirectional, but to really to up delivery capability overall. That was why delivery point expansions were part of the project,” Walker said. “Otherwise we would have just created more congestion in the middle of REX by causing the east-end shippers to meet with the west-end shippers.”

The price environment for gas “will signal to the pipeline industry whether pipeline projects are needed or not,” Robert Huffman, Spectra Energy’s business development director, said on the sidelines of the conference.

“There’s been a tremendous buildout phase when prices were higher and there was an obvious need to connect to markets,” he said.

“Going forward, there’s been such a buildout already in commitments to realign and re-pipe the grid,” Huffman said. “Maybe we’re reaching a point where things have caught up.”

On October 2, FERC issued a Notice of Application regarding Atlantic Coast’s application to build the project, a 564-mile interstate gas pipeline from West Virginia into Virginia and North Carolina.