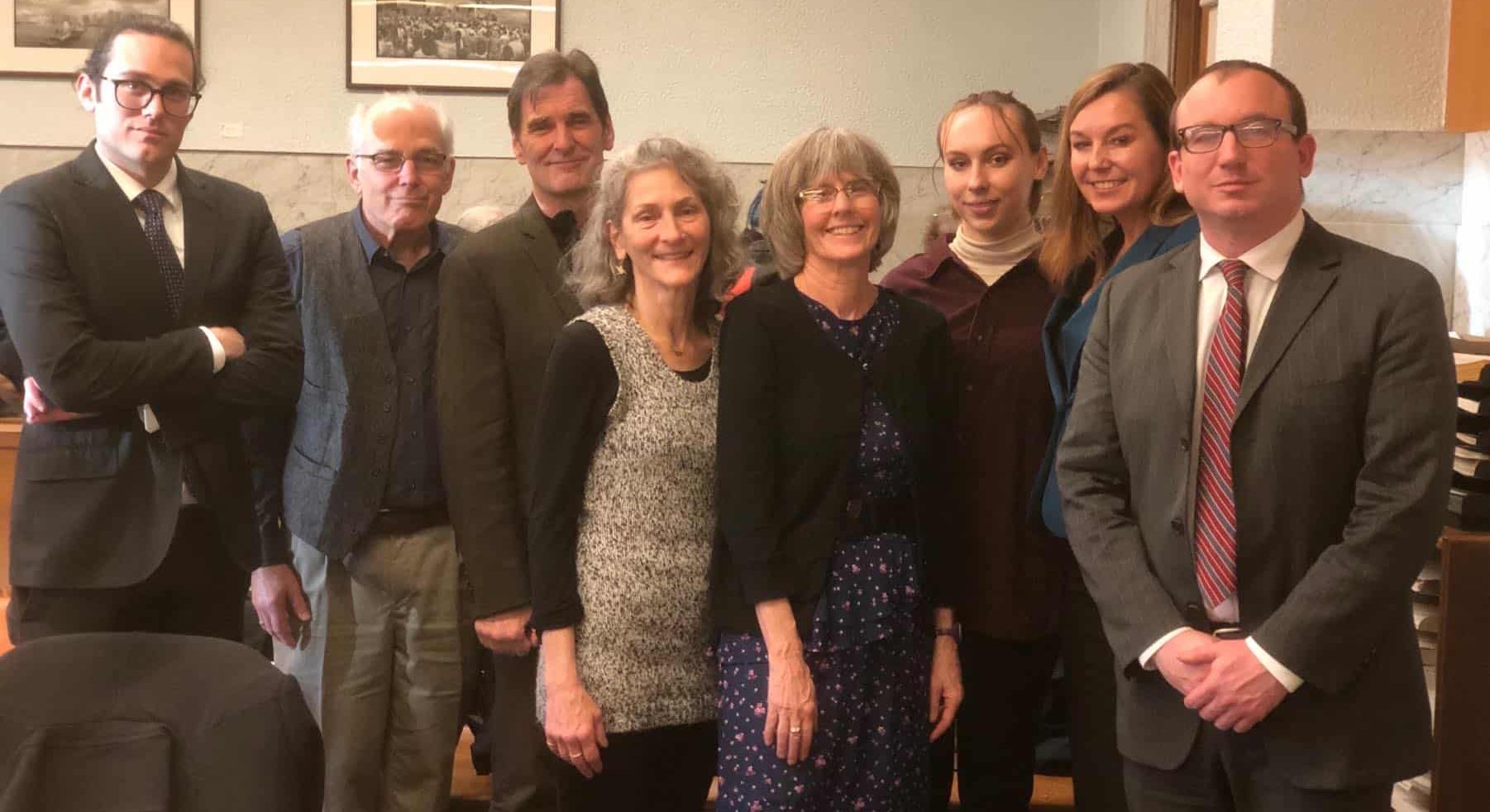 Above photo: The defendants and their lawyers. From CLDC.

Portland, OR — CLDC attorneys Lauren Regan and Cooper Brinson, joined by co-counsel and Portland attorney Kenneth Kreuscher, are pleased that a Portland jury was unable to find their clients, a group of Extinction Rebellion (XR) Portland activists, guilty. Regan, Brinson, and Kreuscher used the affirmative defense known as the “necessity” or “choice of evils” defense.

The defendants were not convicted of trespassing in the first degree—charges that resulted from their role in an April 28, 2019 action intended to halt Zenith Energy’s, a Texas corporation, (“Zenith’s”) essential role in the global facilitation and transport of fossil fuels, specifically, tar sands oil—one of the world’s most egregious source of carbon emissions and climate change.

For the first time in U.S. history, to our knowledge, a jury was given the “choice of evils” climate necessity instruction and deliberated after a full jury trial. Jurors ended their deliberation with a hung jury after hearing testimony from expert witnesses and defendants. CLDC and its clients are grateful to the jury—fellow Multnomah County residents—who are imminently affected by Zenith’s environmental destruction and recognized that the climate defenders’ actions in defense of the public interest may have been justified under the law.

“The jury’s inability to convict the activists reflects the prevailing community consciousness, which is unlikely to punish climate defenders for acts of nonviolent resistance,” Regan said.

According to ORS 161.200, “[A] defendant seeking to advance the choice-of-evils defense” must “present evidence of three cumulative elements: ‘(1) his conduct was necessary to avoid a threatened injury; (2) the threatened injury was imminent; and (3) it was reasonable for him to believe that the need to avoid that injury was greater than the need to avoid the injury that * * * the statute that he was found to have violated, seeks to prevent.’”

Our defendants acted in response to the reality that our political and economic systems and its institutions have failed on a systemic level. Under current law, corporations like Zenith are beholden to their corporate shareholders rather than the public interest. Therefore, they are implicitly incapable of addressing the dire threat posed by the status quo operations of the fossil fuel industry.

Zenith has continued to misrepresent the threat of tar sands oil that is core to its business operations. The company is operating using old permits, and using every possible means to hamstring City officials and the public to intervene and stop its harm to the local and regional environment.

The Multnomah County District Attorney’s office must now decide whether they will re-prosecute the five climate defenders or not.

The Civil Liberties Defense Center supports movements that seek to dismantle the political and economic structures at the root of social inequality and environmental destruction.