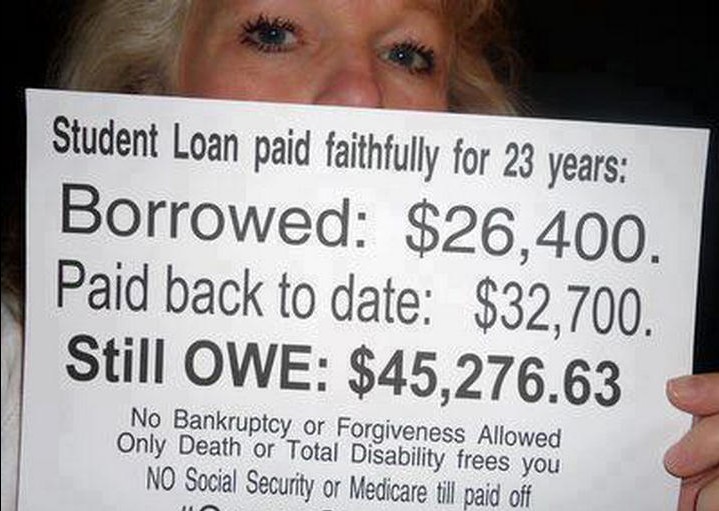 The Oregon legislature passed legislation last Monday that could eliminate tuition costs and student debt for incoming students wishing to attend one of the state’s seven public universities. The plan passed both the Oregon state senate and state house with unanimous bi-partisan support and is expected to be signed into law later this month by Oregon’s Democratic Governor John Kitzhaber. The model is patterned after a similar income-based repayment program in Australia. Currently the average student debt burden for a graduate of an Oregon university is nearly 25,000 dollars.

Under the proposed program, tuition would be free during the student’s college career and consequently the need for taking out student loans would be eliminated. Instead graduates would pay three percent of their income for 24 years to pay for the costs of their education and to fund the program for the benefit of future students. The plan called “Pay it Forward, Pay it Back” would enable college students to bypass traditional lenders who charge interest rates on student loans. Instead the students would get their education for free while they were in school and then pay the costs back at a rate of three percent of their earnings. Students who attended college but did not graduate would pay a smaller portion of their income, based upon how long they attended college. Within a quarter century the fund would become entirely self-supporting, but an estimated initial investment of nine billion dollars over the first 24 years would be needed to implement the program before it becomes self-funding.

The sliding-scale nature of the program makes it a worthwhile project. First of all, by capping payback rates at three percent of one’s paycheck, it guarantees that no student can become saddled with unmanageable debt. In addition, those who benefit most from their education pay the most back into the system while those who are not earning much income pay less back into the system. While critics may argue that this is unfair because it “punishes the rich” by charging them more for their education, that criticism is misguided. Education is an investment, and making each person pay back three percent of their earnings ensures that those who gain the most pay the most. It also ensures that if someone is permanently disabled, underemployed or unable to find work, they are not required to pay back the costs of student loans that they cannot afford. Each person simply pays according to what they earn, and nobody pays more than three percent of their income.

The plan will be especially beneficial to low and middle income college graduates. Critics of the plan suggest that it may be more expensive for the average college graduate over time, but these criticisms are usually based on facile analysis that ignore the crippling effects of student interest and that fail to factor in the additional benefits of eliminating tuition costs.

A Portland Business Journal study found that Oregon State university graduates had the best mid-career earning potential of all the state’s graduates at 86,900 dollars per year. Theaverage entry level salary for an Oregon State university grad was 44,600 per year. So how would the new plan work out for a typical graduate at the state’s top university? If we assume that the graduate reaches her* mid-career salary after twenty years of employment and advances incrementally from entry level to mid-career pay over that twenty year period, we can compare our hypothetical student under the new plan, with the same student paying back 25,000 in loans at 6.8 percent annual interest.

Under the borrowing scheme our graduate will enter the workforce at 44,600 a year and have to pay 288 dollars a month on time every month for ten years to pay off her loan. In addition, although loans would have covered most of her tuition costs, the student would have paid about 9000 out of pocket in tuition fees while she was in school. Under the new proposal, the same student would enter the workforce at 44,600 a year and only have to pay $111.50 per month (or 3 percent of his or her income) the initial year. By year number 10, the student would be paying 164.25 a month from a 65,750 dollar annual salary, and then from year 20 to year 24 she would be paying $217.25 a month off of an 86,900 dollar salary. In the end under the new proposal, the successful student graduating from the state’s best university would pay 49,988 dollars over 24 years to fund her education. Under the current borrowing system, the same student would pay about 45,240 dollars to cover loans, tuition and interest payments over the first ten years of her working career. So for successful students the new plan could cost more but those costs are deferred longer so that they are not forced to pay a high percentage of their income early in their career when they can ill afford to do so. In addition, if the student does not make it up to near the 85,000 a year mid-career mark, she ends up paying less.

For example, if our student diligently got her Bachelor’s degree and accumulated 25,000 in loan debt only to end up working a dead end ten dollar an hour job, under the current system she would be forced to pay the same 45,240 to cover loans, tuition and interest payments. In all likelihood, she would be unable to make those payments and then she would be charged even more additional costs through interest fees and late payment penalties. Under the new proposal, our struggling ten dollar an hour graduate would be compelled to pay only 52 dollars a month if she was working full-time, and over the course of 24 years she would pay in just 20,800 dollars or less than half what she would owe under the current student loan borrowing system.

Oregon’s proposed solution is a bold an innovative proposal that removes for-profit banks and lending agencies from the business of exploiting student debt for profit. The plan returns funding to the student’s themselves who pay for their own education, interest-free through a deferred cost, state run program, based on their ability to pay. The plan should be modeled by other states interested in saving higher education.

* {Author’s note: I have chosen to use the female pronoun since slightly more college students are female than male and for readability, to avoid the redundancy of repeatedly using both pronouns. For example s/he or  ”she or he”.}