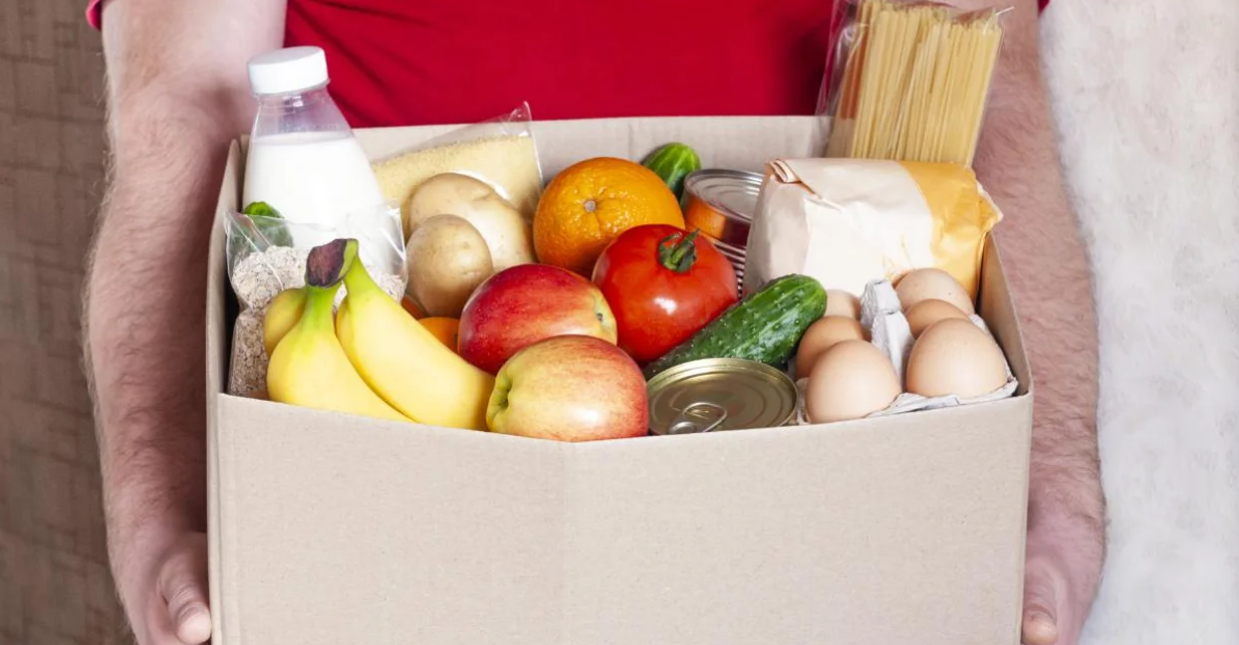 One-third of the world’s food is wasted, according to the United Nations (UN). That number jumps to 40 percent in the United States—enough to feed 2 billion people.

Uneaten food has dire consequences for the planet: decomposing waste releases methane, a potent greenhouse gas. According to the UN, if food waste was its own country, it would be the third-largest emitter of greenhouse gas in the world, after the United States and China.

And yet, a recent Census Bureau survey finds that 1 in 8 Americans is struggling to secure reliable, nutritious food.

“There’s no shortage of food,” Regina Anderson, Executive Director of the Food Recovery Network, tells Food Tank. That has never been the case in America—we have so much food. We can throw most of it—almost all of it—away, and still have enough food to feed everybody. It’s just a distribution issue.”

Fortunately, innovative organizations are finding ways to recover and redistribute food to people in need. Food Tank highlights 17 of these groups below.

And to learn more about organizations fighting food waste in your neighborhood, follow the link to Sustainable America’s food rescue directory.

One in 5 Hawai’ians relies on food pantries for assistance—yet 237,000 tons of quality food is wasted each year. Aloha Harvest—the state’s largest food waste nonprofit—aims to bridge that gap by picking up excess food from donors and delivering it to food relief organizations across O’ahu. Since 1999, the group has rescued and distributed nearly 11 million kilograms (24 million pounds) of food.

Each day, City Harvest deploys 26 refrigerated trucks to pick up food from nearly 2,500 farms, restaurants, grocery stores, and manufacturers, then delivers that food to hundreds of soup kitchens, food pantries, and community food programs. The organization rescues nearly 136,000 kilograms (300,000 pounds) of food every day and has delivered more than 385 million kilograms (850 million pounds) to food-insecure New Yorkers since 1982.

Dreaming Out Loud (DOL) aims to improve food access and create economic opportunities for at-risk District residents by distributing food from local farms. This summer, DOL offered a weekly CSA called the Black Farm Bag, composed entirely of produce sourced from Black farmers. The organization has coordinated, produced, and distributed more than 300,000 meals and thousands of kilograms of groceries across DC to date.

Food Forward was conceived when founder Rick Nahmias stumbled upon wasted fruit on the sidewalk. The nonprofit now rescues over 226,000 kilograms (500,000 pounds) of surplus fruits and vegetables each week fresh from trees, farmers markets, and the Los Angeles Wholesale Produce Market. Food Forward donates 100 percent of its harvest to more than 1,800 hunger relief groups throughout Southern California. Over the last 11 years, the organization has rescued more than 400 million servings of fresh produce.

7. Hands for Hunger, Nassau, The Bahamas

Hands for Hunger was founded by Bahamian students in 2008. The organization collects excess perishable and prepared foods from hospitality industry businesses, farms, and individuals, and redistributes it to soup kitchens, youth programs, rehabilitation centers, and shelters. The group also offers “Hunger Huddle” classes to teach students about advocacy, food-raising, and fundraising.

Founder Ronni Kahn AO started OzHarvest with a single van in 2004, when she delivered 4,000 meals in the first month. Today, OzHarvest rescues more than 180 tons of food each week from more than 3,500 commercial donors across the country. The organization recently opened the country’s first rescued food supermarket in Sydney, which operates by a “take what you need, give if you can” philosophy.

The Real Junk Food Project (TRJFP) intercepts surplus food from supermarkets, restaurants, wholesalers, food banks, and food photographers, and redistributes it to schools, organizations, and individuals in need. TRJFP also redistributes food through its catering service and “pay-as-you-feel” Sharehouse Supermarkets. Since 2013, the program has rescued the equivalent of 14.3 million meals.

ReFED is a network of business, nonprofit, and government leaders using data to discover new ways to fight food waste. ReFED has identified 27 points of­ the food chain where waste can be reduced: first through prevention—like standardizing date labeling and educating consumers—then recovery—like redistributing food to people in need—then recycling—such as converting would-be wasted food into energy and animal feed. By implementing these solutions, the team projects that 20 percent of food waste can be reduced over the next decade.

Rethink Food partners with restaurants and chefs to feed food insecure communities in New York City. More than 35 “Rethink certified” restaurants have committed to incorporating surplus food into their meals. The organization also operates Rethink Café, a donation-based restaurant that invites “anyone and everyone” to enjoy nutritious, dignified meals for a suggested US$5 donation. Rethink has invested more than US$10 million in local communities and provided more than 2 million nutritious meals.

Second Harvest is Canada’s largest food rescue organization. The group recovers unsold food from farms and restaurants, and redistributes it to more than 1,000 social service organizations. Second Harvest rescues enough food to provide 43,000 meals each day. Since 1985, it has rescued more than 70 million kilograms (155 million pounds) of unsold food.

Sesc Mesa Brasil is a national network of food banks that collect surplus food from rural producers, retailers, food companies, and more, then distribute it to institutions serving Brazilians afflicted by hunger, addiction, and homelessness. Mesa Brasil also mobilizes to serve those affected by humanitarian crises. The organization brings together professionals, volunteers, and beneficiaries for conversations on nutrition and social care.

The Felix Project collects fresh fruit and vegetables, baked goods, meat, and fish from more than 450 supermarkets, wholesalers, farms, and restaurants. The organization’s workers then sort and deliver foods to more than 400 charities, schools, and holiday programs. The Felix Project has provided food for 14 million meals since 2016.

The San Francisco-based White Pony Express recovers an estimated 6,800 kilograms (15,000 pounds) of high-quality food per day, 364 days a year. The group lets donors pre-schedule donations, which are then picked up by volunteers and brought to more than 70 local charities. White Pony Express hopes their volunteer-based “circle of giving” will serve as a model for other communities.