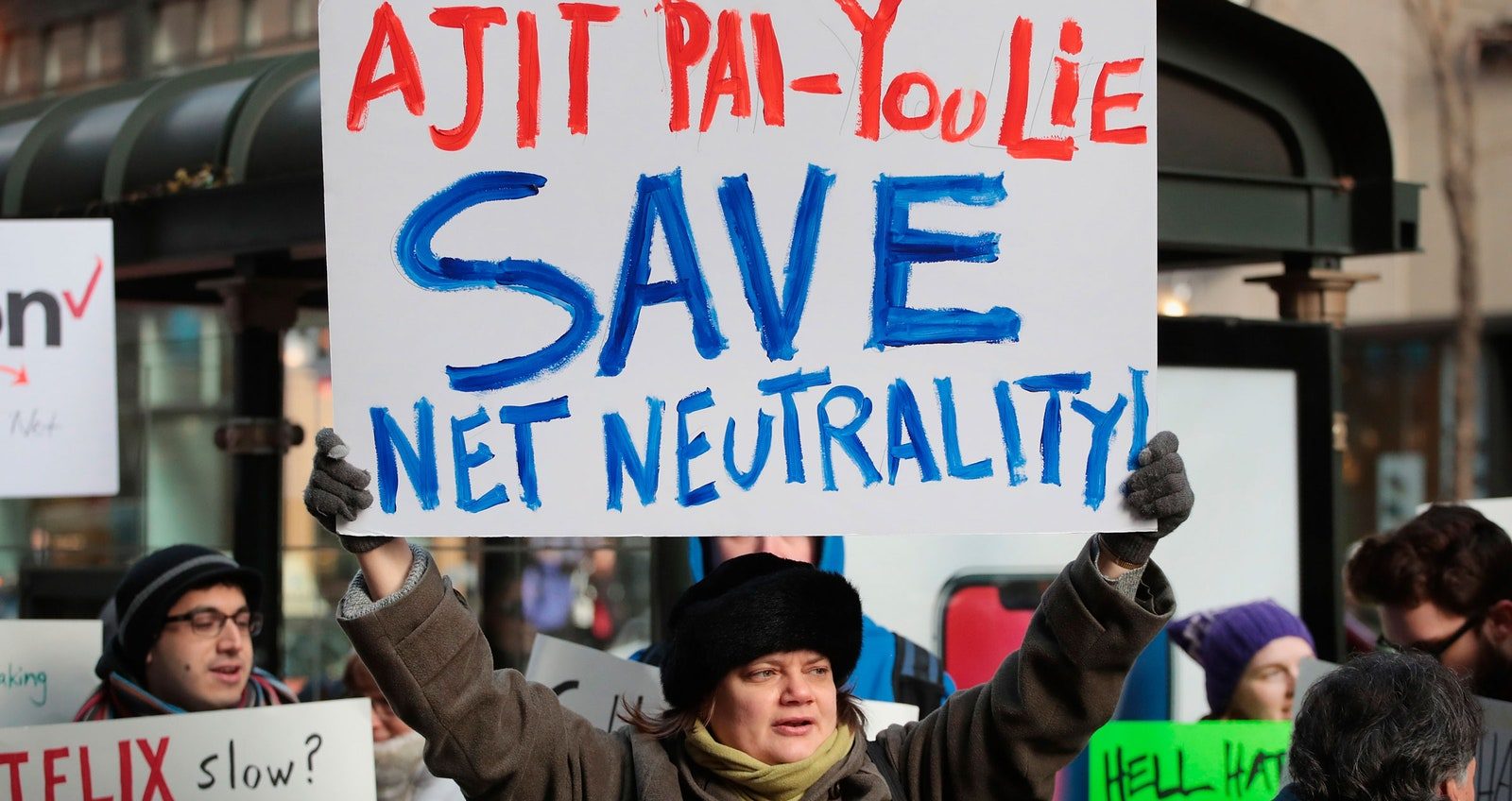 Above photo: Protesters, like these in Chicago, came out in force to support Obama-era net neutrality regulations. But the Republican-­majority FCC repealed the rules on December 14. Scott Olson/Getty Images.

Washington, DC – On October 27, 2020, the Federal Communications Commission voted 3-2 to reaffirm its 2017 repeal of net neutrality. The vote is a response to Mozilla v. FCC, a 2019 court ruling that found the FCC’s decision to repeal net neutrality was “unhinged from the realities of modern broadband service” and ignored the government’s duty to protect public safety, digital equity, and broadband competition.

In February 2020, the FCC abruptly announced a short public comment period to address the ruling and the court-ordered remand, or do-over, of the net neutrality proceeding. OTI filed comments in this proceeding, but first responders were overwhelmed by the beginning of the COVID-19 pandemic and couldn’t meet Chairman Pai’s arbitrary deadline. The first responders—including the very firefighters that the Mozilla court admonished the FCC for ignoring in 2017—asked for more time. Inexplicably, the FCC refused to grant this reasonable request.

OTI is a litigant in Mozilla v. FCC and has consistently pressed the FCC to restore strong, enforceable net neutrality rules.

“A federal court ruled the FCC was ‘unhinged from reality’ when it repealed net neutrality in 2017. Sadly, today’s vote is even more unhinged. Millions of people are suffering through the pandemic without internet access, and it’s hurting our economy, our schools, and our ability to combat the virus. Yet the Trump Administration chose today to give another gift to the telecom industry while continuing to do nothing to help people stuck on the wrong side of the digital divide. The FCC needs to restore net neutrality, expand internet connectivity, and get its priorities straight. We will continue fighting for these urgent priorities.”

The Open Technology Institute (OTI) works at the intersection of technology and policy to ensure that every community has equitable access to digital technology and its benefits. We promote universal access to communications technologies that are both open and secure, using a multidisciplinary approach that brings together advocates, researchers, organizers, and innovators. To learn more, please visit us online at www.newamerica.org/oti and on Twitter @OTI.