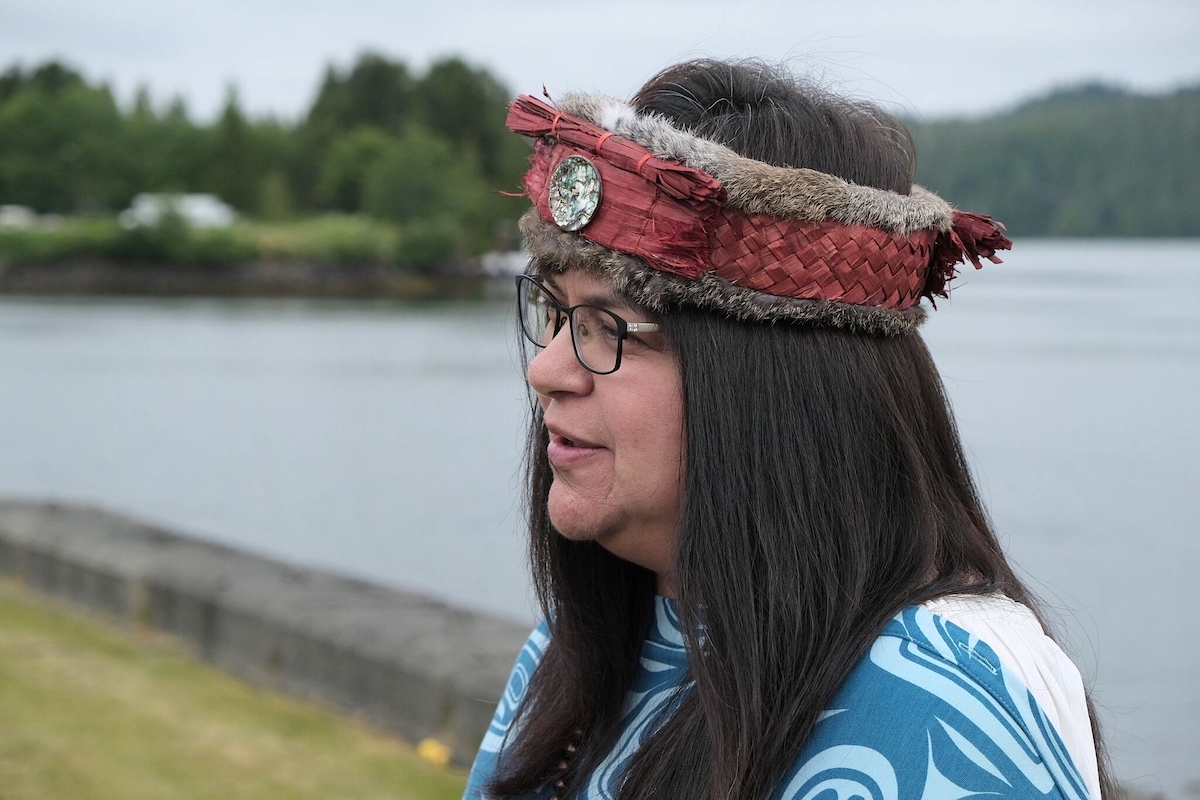 Above Photo: Moving forward with the Fisheries Resources Reconciliation Agreement (FRRA) is an important breakthrough in the relationship between Canada and First Nations, said Chief Marilyn Slett, president of Coastal First Nations. CFN.

Years of negotiation to develop a collaborative fisheries governance model between Canada and eight First Nations along the West Coast came to fruition this week.

Fisheries Minister Bernadette Jordan and Coastal First Nations (CFN) president K̓áwáziɫ Marilyn Slett, along with other CFN member nations, celebrated the signing and next steps for implementation of the Fisheries Resources Reconciliation Agreement (FRRA) on Friday.

The first of its kind in B.C., the agreement between Canada and First Nations on the north and central coast and Haida Gwaii — whose territories make up 40 per cent of the province’s coastal waters — provides the nations an enhanced role in fisheries governance in their regions.

The FRRA is an important breakthrough in the relationship between Canada and coastal First Nations, said Slett, chief of the Heiltsuk Nation.

“This agreement is a powerful example of what true reconciliation looks like,” Slett said, adding the new accord was transformational in nature.

“Reconciliation and action in this context means restoring the rights of our community members to fish for a living.”

The agreement lays the groundwork for collaborative fisheries governance and to expand community-based commercial fishing among the nations to advance economic opportunities and provide community members with viable local employment.

Signatories to the agreement — the Haida, Heiltsuk, Kitasoo/Xai’xais, Metlakatla, Nuxalk, Wuikinuxv, Gitga’at, and Gitxaala nations — will get funding to secure the voluntary purchase of existing fishing licences and quota. The amount of funding will be determined in coming months, said CFN executive director Christine Smith-Martin.

However, specifics around funding won’t be released publicly by Fisheries and Oceans Canada (DFO) for reasons of business confidentiality between Canada and the signatory nations, the department said in an email to Canada’s National Observer.

The FRRA also won’t be public given it’s a reconciliation agreement and nation-to-nation discussions are confidential, DFO added.

The framework will allow new fishers from the nations to harvest multiple species close to home using mid-size and small vessels, Slett said, adding support mechanisms, such as business planning and training, will also be provided.

“Canada has put itself in a position to show the world the key to saving the planet is working directly with Indigenous people on the governance and management of marine resources,” says Jason Alsop, Council of the Haida Nation, of a new accord.

The eight nations will also work together to develop a new commercial fishing company, she said.

The agreement was the result of many years of hard work, said Jordan, adding it is the ministry’s responsibility to manage marine resources in the public interest while advancing Canada’s commitment to reconciliation.

“This can only be done through the development of new solutions that are consistent with the constitutional protections, affirm Aboriginal and treaty rights, and that meaningfully advance Canada’s important relationship with Indigenous people, while also ensuring a stable, predictable fishery for all participants,” Jordan said.

The CFN’s deep knowledge and connection to its region and its willingness to work to advance new solutions has resulted in a lasting legacy for coastal First Nations and the people of British Columbia, she added.

“The Government of Canada is demonstrating our ongoing commitment to working alongside First Nations to collaboratively manage vital fisheries resources and to recognize that coastal First Nations have a rightful place at the table when it comes to the management of our fisheries,” Jordan said.

In February, DFO began negotiations to craft a similar agreement with chiefs of the A-Tlegay Fisheries Society, which includes the We Wai Kai, Wei Wai Kum, Kwiakah, Tlowitsis, and K’ómoks First Nations, whose territories span the northern Gulf of Georgia and the Johnstone Strait region.

The First Nations, who have been stewarding marine resources in their territory for millennia, are in a good position to positively influence the collaborative management of fisheries using local data and based on input from an intensive marine planning process and strong stewardship and monitoring by Indigenous coastal guardians, Slett said.

Jason Alsop, Gaagwiis, president of the Council of the Haida Nation, agreed a balance had to be established between expanding economic opportunities and continuing to pass on traditional fishing knowledge with the need to ensure sustainability into the future.

“We get into this with the ambitious goals of restoring and rebuilding fishing stocks, looking after the ecosystem and knowing that climate change challenges ahead will be the most important duty of this generation,” Alsop said.

“Through this agreement and working together, Canada has put itself in a position to show the world the key to saving the planet is working directly with Indigenous people on the governance and management of marine resources.”

The agreement was a new step forward between First Nations and the DFO, a relationship that hasn’t always been positive, Alsop said.

But trials and tribulations are part of transformative change, he said.

“We’re all putting our best foot forward to collaborate and take on the challenge of working together, which does take courage and willingness,” Alsop said.

“It’s going to be a challenge, and I believe we’re all up for it.”