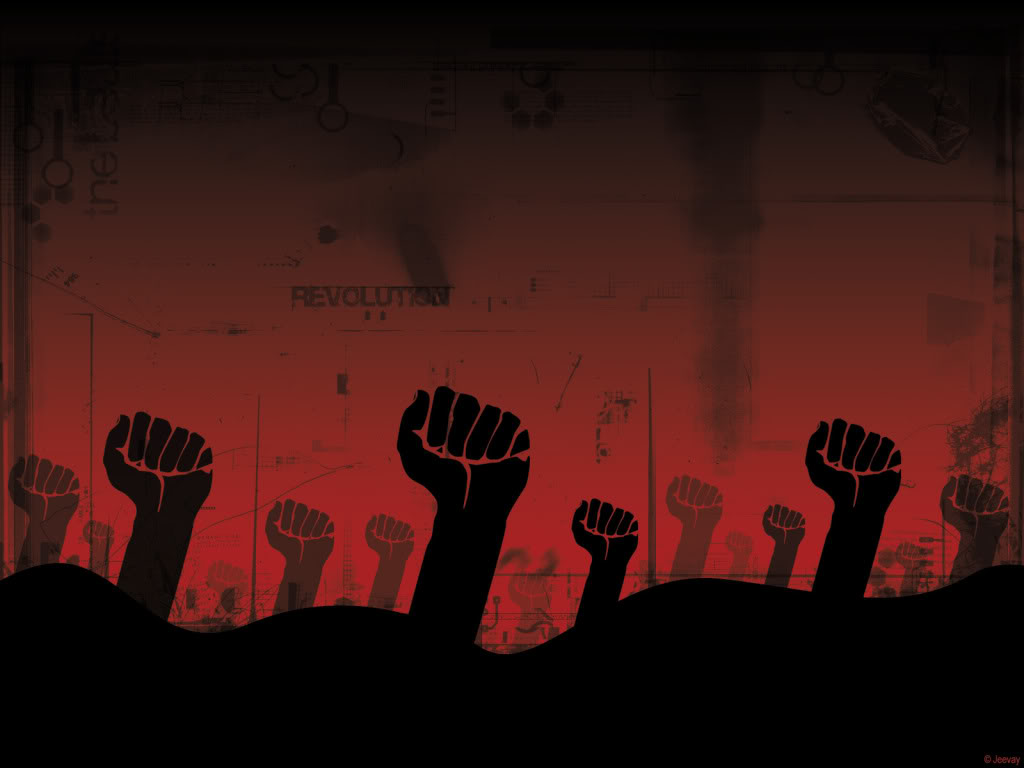 “Did you ever ask yourself how it happens that government and capitalism continue to exist in spite of all the evil and trouble they are causing in the world?” the anarchist Alexander Berkman wrote in his essay “The Idea Is the Thing.” “If you did, then your answer must have been that it is because the people support those institutions, and that they support them because they believe in them.”

Berkman was right. As long as most citizens believe in the ideas that justify global capitalism, the private and state institutions that serve our corporate masters are unassailable. When these ideas are shattered, the institutions that buttress the ruling class deflate and collapse. The battle of ideas is percolating below the surface. It is a battle the corporate state is steadily losing. An increasing number of Americans are getting it. They know that we have been stripped of political power. They recognize that we have been shorn of our most basic and cherished civil liberties, and live under the gaze of the most intrusive security and surveillance apparatus in human history. Half the country lives in poverty. Many of the rest of us, if the corporate state is not overthrown, will join them. These truths are no longer hidden.

It appears that political ferment is dormant in the United States. This is incorrect. The ideas that sustain the corporate state are swiftly losing their efficacy across the political spectrum. The ideas that are rising to take their place, however, are inchoate. The right has retreated into Christian fascism and a celebration of the gun culture. The left, knocked off balance by decades of fierce state repression in the name of anti-communism, is struggling to rebuild and define itself. Popular revulsion for the ruling elite, however, is nearly universal. It is a question of which ideas will capture the public’s imagination.

Revolution usually erupts over events that would, in normal circumstances, be considered meaningless or minor acts of injustice by the state. But once the tinder of revolt has piled up, as it has in the United States, an insignificant spark easily ignites popular rebellion. No person or movement can ignite this tinder. No one knows where or when the eruption will take place. No one knows the form it will take. But it is certain now that a popular revolt is coming. The refusal by the corporate state to address even the minimal grievances of the citizenry, along with the abject failure to remedy the mounting state repression, the chronic unemployment and underemployment, the massive debt peonage that is crippling more than half of Americans, and the loss of hope and widespread despair, means that blowback is inevitable.

Revolutions, when they erupt, appear to the elites and the establishment to be sudden and unexpected. This is because the real work of revolutionary ferment and consciousness is unseen by the mainstream society, noticed only after it has largely been completed. Throughout history, those who have sought radical change have always had to first discredit the ideas used to prop up ruling elites and construct alternative ideas for society, ideas often embodied in a utopian revolutionary myth. The articulation of a viable socialism as an alternative to corporate tyranny—as attempted by the book “Imagine: Living in a Socialist USA” and the websitePopular Resistance—is, for me, paramount. Once ideas shift for a large portion of a population, once the vision of a new society grips the popular imagination, the old regime is finished.

An uprising that is devoid of ideas and vision is never a threat to ruling elites. Social upheaval without clear definition and direction, without ideas behind it, descends into nihilism, random violence and chaos. It consumes itself. This, at its core, is why I disagree with some elements of the Black Bloc anarchists. I believe in strategy. And so did many anarchists, including Berkman, Emma Goldman, Pyotr Kropotkin and Mikhail Bakunin.

By the time ruling elites are openly defied, there has already been a nearly total loss of faith in the ideas—in our case free market capitalism and globalization—that sustain the structures of the ruling elites. And once enough people get it, a process that can take years, “the slow, quiet, and peaceful social evolution becomes quick, militant, and violent,” as Berkman wrote. “Evolution becomes revolution.”

This is where we are headed. I do not say this because I am a supporter of revolution. I am not. I prefer the piecemeal and incremental reforms of a functioning democracy. I prefer a system in which our social institutions permit the citizenry to nonviolently dismiss those in authority. I prefer a system in which institutions are independent and not captive to corporate power. But we do not live in such a system. Revolt is the only option left. Ruling elites, once the ideas that justify their existence are dead, resort to force. It is their final clutch at power. If a nonviolent popular movement is able to ideologically disarm the bureaucrats, civil servants and police—to get them, in essence, to defect—nonviolent revolution is possible. But if the state can organize effective and prolonged violence against dissent, it spawns reactive revolutionary violence, or what the state calls terrorism. Violent revolutions usually give rise to revolutionaries as ruthless as their adversaries. “Whoever fights monsters should see to it that in the process he does not become a monster,” Friedrich Nietzsche wrote. “And if you gaze long enough into an abyss, the abyss will gaze back into you.”

Violent revolutions are always tragic. I, and many other activists, seek to keep our uprising nonviolent. We seek to spare the country the savagery of domestic violence by both the state and its opponents. There is no guarantee that we will succeed, especially with the corporate state controlling a vast internal security apparatus and militarized police forces. But we must try.

Corporations, freed from all laws, government regulations and internal constraints, are stealing as much as they can, as fast as they can, on the way down. The managers of corporations no longer care about the effects of their pillage. Many expect the systems they are looting to fall apart. They are blinded by personal greed and hubris. They believe their obscene wealth can buy them security and protection. They should have spent a little less time studying management in business school and a little more time studying human nature and human history. They are digging their own graves.

Our shift to corporate totalitarianism, like the shift to all forms of totalitarianism, is incremental. Totalitarian systems ebb and flow, sometimes taking one step back before taking two steps forward, as they erode democratic liberalism. This process is now complete. The “consent of the governed” is a cruel joke. Barack Obama cannot defy corporate power any more than George W. Bush or Bill Clinton could. Unlike his two immediate predecessors, Bush, who is intellectually and probably emotionally impaired, did not understand the totalitarian process abetted by the presidency. Because Clinton and Obama, and their Democratic Party, understand the destructive roles they played and are playing, they must be seen as far more cynical and far more complicit in the ruination of the country. Democratic politicians speak in the familiar “I-feel-your-pain” language of the liberal class while allowing corporations to strip us of personal wealth and power. They are effective masks for corporate power.

The corporate state seeks to maintain the fiction of our personal agency in the political and economic process. As long as we believe we are participants, a lie sustained through massive propaganda campaigns, endless and absurd election cycles and the pageantry of empty political theater, our corporate oligarchs rest easy in their private jets, boardrooms, penthouses and mansions. As the bankruptcy of corporate capitalism and globalization is exposed, the ruling elite are increasingly nervous. They know that if the ideas that justify their power die, they are finished. This is why voices of dissent—as well as spontaneous uprisings such as the Occupy movement—are ruthlessly crushed by the corporate state.

“… [M]any ideas, once held to be true, have come to be regarded as wrong and evil,” Berkman wrote in his essay. “Thus the ideas of the divine right of kings, of slavery and serfdom. There was a time when the whole world believed those institutions to be right, just, and unchangeable. In the measure that those superstitions and false beliefs were fought by advanced thinkers, they became discredited and lost their hold upon the people, and finally the institutions that incorporated those ideas were abolished. Highbrows will tell you that they had ‘outlived’ their ‘usefulness’ and therefore they ‘died.’ But how did they ‘outlive’ their ‘usefulness’? To whom were they useful, and how did they ‘die’? We know already that they were useful only to the master class, and they were done away with by popular uprisings and revolutions.”