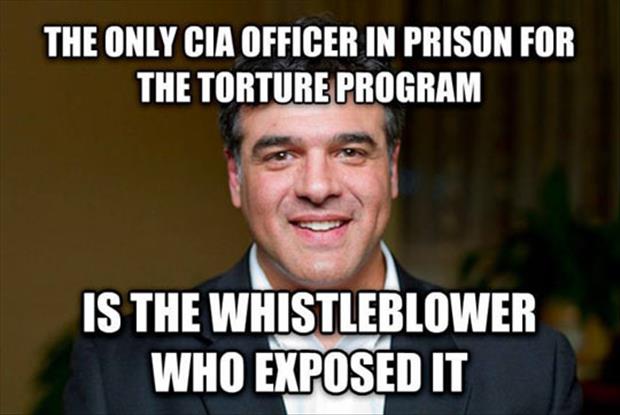 People For Bernie Kicks US Whistle Blower Off Panel

John Kiriakou, a former CIA counterterrorism officer, has told RT that he was kicked off a panel at the European Parliament because a fellow panelist objected to his association with Russia as a Sputnik Radio host.

Kiriakou, who spent two-and-a-half years in jail for exposing the CIA’s torture program in 2007, was invited to address the European Parliament on national security whistleblowing Wednesday. However, he was bounced from the panel at the last minute, because one of the other panelists objected to his presence.

Addressing the European Parliament today on national security whistleblowing with @medeabenjamin, @SteliosKoul, and other lovers of freedom.

Kiriakou told RT he “thought it was a joke” when Winnie Wong, co-founder of the progressive organization, People for Bernie, refused to appear on the panel with him, because “she didn’t want the appearance of Bernie Sanders appearing to endorse the Russian media.”

“I laughed when she first said it because it was so ridiculous that I thought she was joking,” Kiriakou said. “Then she walked away, and one of the aides handed me an updated schedule, and my name then, was not associated with the first panel.”

Wong told Kiriakou she already “ran it up the flagpole” with her organization which supports the independent US Senator from Vermont, and they told her not to appear on the panel with him.

Kiriakou, who hosts a radio show called Loud & Clear on Sputnik Radio, said before he could even process what was going on, he was whisked away to a television studio, where he was told to do a one-on-one interview for Greek national television.

“It wasn’t until I was doing the television interview that I finally said to the MEP, ‘wait a minute, did I get thrown off that panel?’” Kiriakou said.

Organizers said the decision to remove him from the panel was because they “didn’t want to make a problem with the other guests.”

He said there were no problems when he appeared on another panel with the Cuban ambassador to the EU and several other members of the European Parliament.

“It’s a lie that torture of prisoners has saved American lives. The CIA has repeated it over and over again.” #Whistleblower @JohnKiriakou pic.twitter.com/puJON2zMt1

The ex-CIA officer said the current state of American politics feels like “a red scare all over again,” adding, that politicians are once again looking at Russians as “the bad guys for absolutely everything.” “They feel they can’t even risk even a tangential association with the Russians or with anything Russian for fear of being branded by their political opponents. It’s ridiculous. It smacks of the 1950s to tell you the truth,” Kiriakou said.

However, unlike the 1950s, Kiriakou said the Democrats are the ones “leading this anti-Russian charge.” “We see it in the media, we see it on CNN, and Fox and MSNBC, it’s not the Republicans, so it’s like Role-reversal compared to what we saw in the 1950s,” Kiriakou noted. He warned that it’s only the “very beginning of this whole process.” “This is only going to get worse as we move our way closer and closer to national elections here,” Kiriakou said. “If you don’t participate in this mantra of the Russians being behind every problem in the United States, you’re weak on Russia and you’re un-American and that’s what we’re seeing now being laid as groundwork.”
Kiriakou said the “single most important point” about the current animosity toward Russia is that the Intelligence Community has provided “literally zero evidence” to support their claims that Russia meddled in the 2016 US presidential election.

He pointed to the fact that the intelligence community has previously been caught lying about the CIA torture program; the extraordinary rendition kidnapping program; the secret prison systems; and hacking into the Senate Intelligence Committee’s computer systems “Now they tell us that Russia is behind Trump’s election and Hillary Clinton’s loss,” Kiriakou said. “They tell us to take their word for it. Well, why in the world would we take their word for it, when everything else they’ve told us is a lie?”

Kiriakou said the Justice Department demanding RT to register under the Foreign Agents Registration Act (FARA) was simply a “brash political move” by the Democrats.

“This has nothing to do with the fact that RT is a representative of a foreign government, there are lots of different organizations here in Washington that are representatives of foreign governments,” Kiriakou said. “This is very specifically anti-Russian. It has nothing to  do with the news, and instead, it has only to do with domestic American politics.”