Out Of Office: DC Streets Shut Down Again By Climate Activists

Above Photo: From  Earthday.org

Love to see the people take over the streets of DC.#ShutDownDC

The groups that shut down 22 intersections in Washington, D.C. on Monday were at it again Friday morning. This time, they took to the streets to march for climate action.

“Climate change is happening right now,” said Kaela Bamberger, an organizer for climate activism group Extinction Rebellion DC. “The extreme weather and the problems derived from all types of climate change will only become more severe. That momentum doesn’t stop, so we can’t either.”

The coalition of strikers — which included groups like Extinction Rebellion, Sunrise Movement and Black Lives Matter — held pink and blue Extinction Rebellion flags and banners that read “No More Business as Usual” and “Capitalism Is Killing the Planet.” The march followed a two-mile route that wound through downtown D.C. to confront major political and private sector offices and protest their role in our climate crisis. 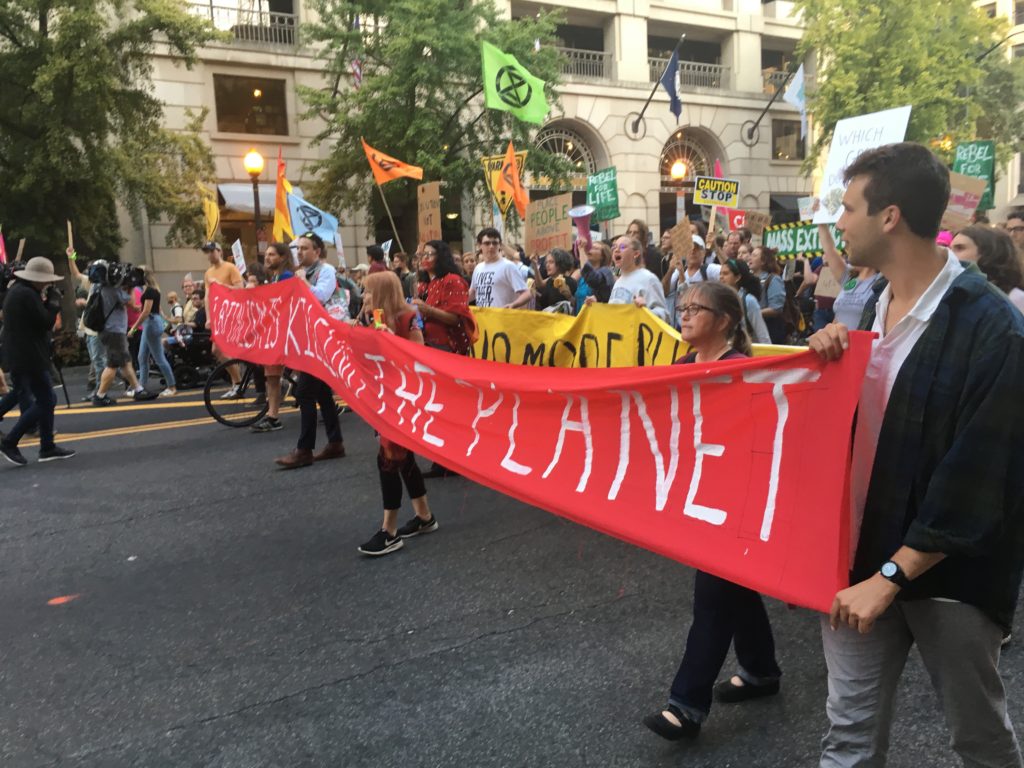 Outside the Trump International Hotel, Liz Butler, a member of the coalition that organized the strike, gave an impassioned speech that demanded urgent action from politicians.

“We will not stand for the destruction of climate chaos,” said Butler. “We have 11 years to take action.”

Those 11 years are in reference to the landmark 2018 Intergovernmental Panel on Climate Change (IPCC) special report on 1.5 degrees of global warming, which warned that we have just over a decade to curb greenhouse gas emissions and prevent the worst effects of unchecked climate change.

But the morning wasn’t completely bleak. On the corner of 12th Street and Pennsylvania Avenue, a dance party broke out, led by dancer Firas Nasr. Nasr is the founding organizer for Werk for Peace, a “queer and trans grassroots movement that uses all forms of dance to promote peace,” according to its website. 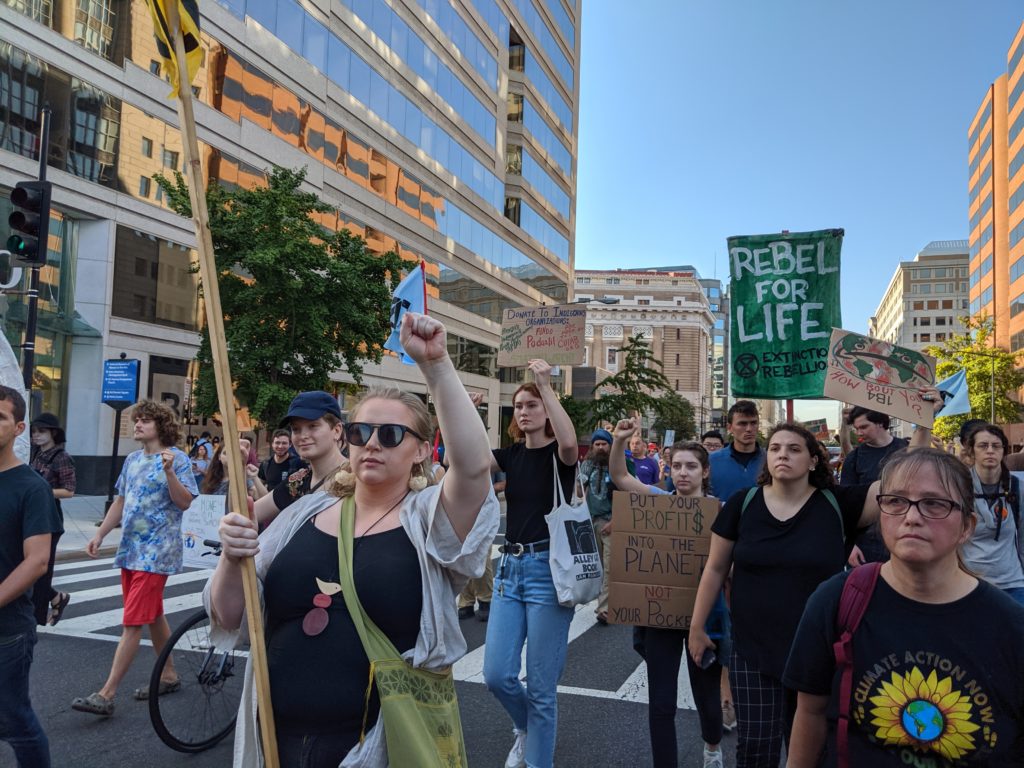 During morning rush hour, hundreds of climate activists again shut down a busy street in downtown D.C. This time, though, in addition to hoisting up signs and blocking traffic, they were dancing to the tunes of Britney Spear’s “Toxic” and Daddy Yankee’s “Gasolina.”

“This is not a sprint. It’s a movement,” said Nasr at the march’s conclusion. “We’re not just gonna dance. We’re gonna work.” 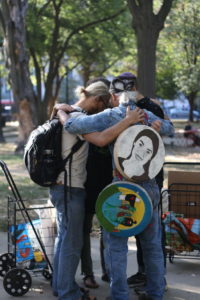 While 32 people were arrested Monday, no arrests were made Friday. Adil Trehan, an organizer of Monday’s shut down and today’s march, said the coalition of organizers wanted a more traditional march, rather than the mass civil disobedience we saw Monday.

Friday’s march in D.C. punctuated a Global Climate Strike week that saw millions of people take to the street to demand climate action. It started with worldwide strikes last Friday, including 250,000 people striking in New York City, and gathered momentum throughout the week, with the first-ever United Nations Youth Climate Summit on Saturday and the U.N. Climate Action Summit on Monday.  When asked how he expected maintain the momentum, Trehan was optimistic for the strength and endurance of the climate action movement.

“We hope that we can keep momentum going, and I think we will,” said Trehan. “Our movement in D.C. feels stronger than ever.”