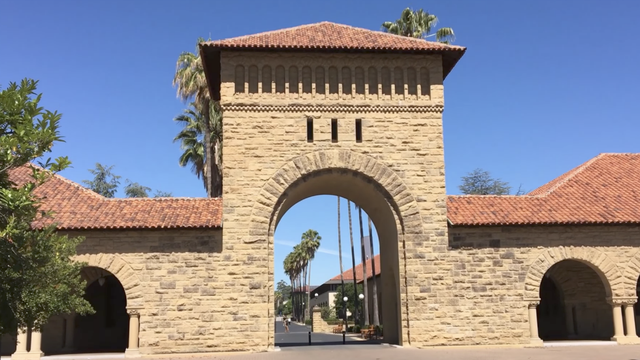 Over 1,000 Students Across 17 Colleges Pledge Not To Work At Palantir Over ICE Work

Over 1,000 students across 17 U.S. colleges are pledging to not work for software company Palantir over its work with Immigration and Customs Enforcement (ICE), escalating the widespread protests against the company founded by Trump adviser Peter Thiel.

The student-led campaign went public on Monday with a letter signed by over 1,200 students calling out specific colleges over their ties to Palantir. The students hail from colleges including Yale, Stanford, Harvard and the University of California-Berkley.

“We call on the company to cancel its contracts with ICE and we call on all students to join us in withholding our talent from Palantir,” it continues.

The protests against Palantir over its work with ICE, and the broader Department of Homeland Security (DHS), have been intensifying for about a year as tech workers from within and outside the company have accused Palantir of bolstering the Trump administration’s punitive immigration policies.

Palantir’s contract with ICE, which is set to expire in September, initially cost the government $41 million annually but has risen in the last year to an estimated $51 million, according to government records.

ICE’s homeland security investigations (HSI) division uses Palantir’s software to collect and sort through data on a variety of people — including immigrants — amid criminal investigations.

HSI is tasked with handling a range of criminal investigations for the entire DHS, though it has become increasingly involved in investigating worksite immigration violations under the Trump administration.

The protests against Palantir on college campuses have focused on the donations the company has given to a number of top-tier research universities.

The University of California-Berkley, for example, lists Palantir as a supporter of its “corporate access program” for a price tag of $20,000 per year. Stanford University’s Computer Forum counts Palantir as a member for $24,000 annually while Brown University’s computer science program takes $15,000 from Palantir every year.

“These agreements support Palantir and its work for ICE,” the No Tech For Ice advocacy campaign said in a statement. “Without these corporate partnerships, Palantir’s recruitment efforts and future growth would stall.”

None of the universities listed by the protesters immediately responded to The Hill’s requests for comment.

It is typical for research universities to accept money from corporate sponsors, including other top tech companies like Google and Amazon.

Alex Karp, Palantir’s chief executive, has launched a counteroffensive to the ongoing protests in recent weeks.

In a Washington Post op-ed, Karp argued tech companies should not decide which government contracts to pursue based on public protests.

“Immigration policy is not a software challenge; it’s a political one,” Karp wrote. “The solution lies with our political and judiciary system, not with Silicon Valley’s C-suite.”

In the letter on Monday, the students pledged to continue circulating their petition and working to disentangle their universities from Palantir.

Palantir did not respond to The Hill’s request for comment.