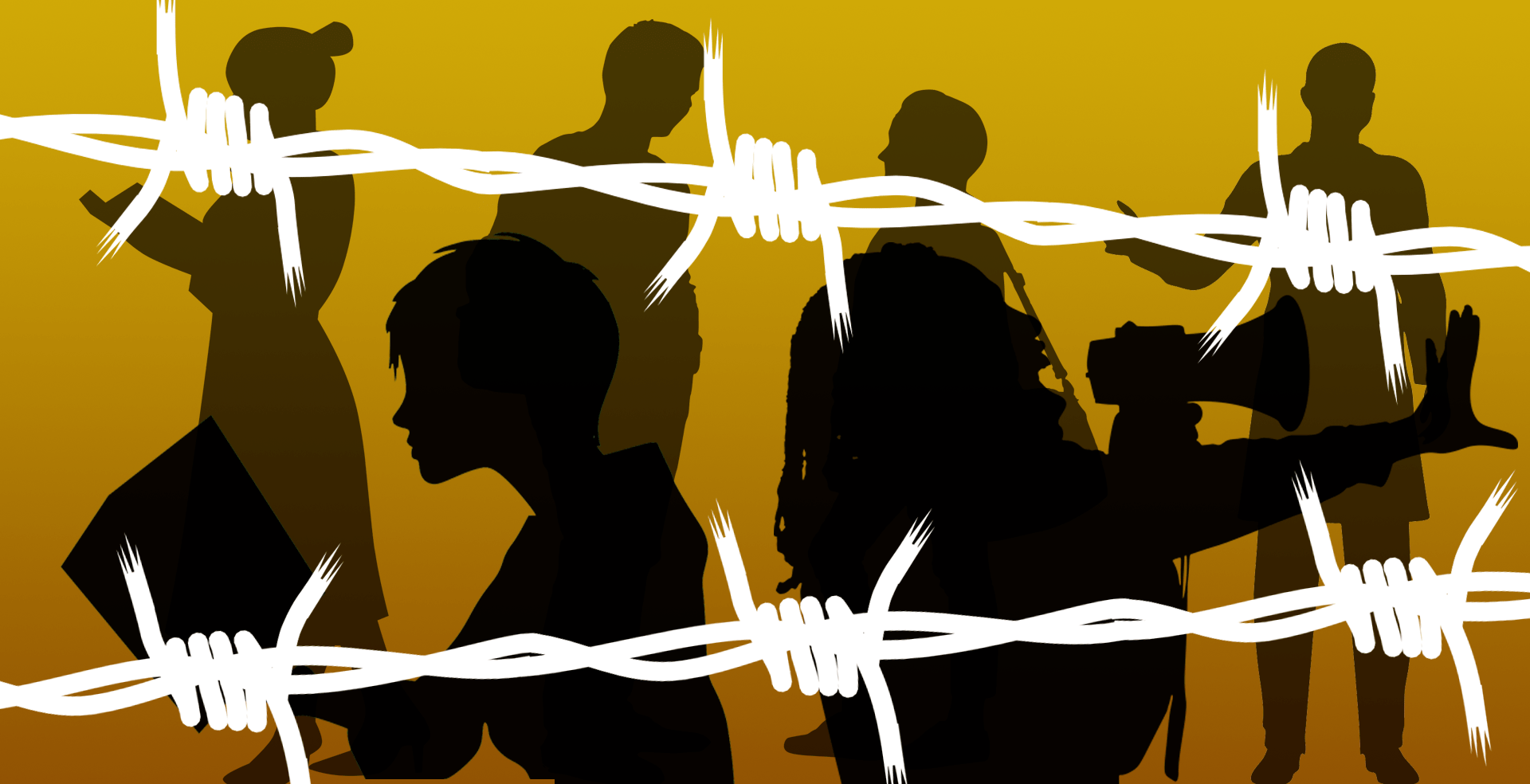 Over 240 Organizations Join The Call: #FreePalestinianStudents

We join together to call for action and support for Palestinian students behind bars, including:

Hundreds of Palestinian students are routinely detained by the Israeli occupation, especially those who are part of student organizations involved with campus political life. At Bir Zeit University alone, approximately 74 students were detained by occupation soldiers during the 2019-2020 academic year. They are among nearly 5,000 Palestinian political prisoners jailed by Israel. The work of student organizing, from holding book fairs to organizing events and participating in student elections, is criminalized by the Israeli occupation. Still more students are detained for joining demonstrations or posting on their social media profiles.

Palestinian students have been seized by Israeli occupation forces and abducted for their participation in the student movement in their homes, at their workplaces and on their campuses.

Once arrested, Palestinian students are routinely subjected to torture under interrogation — subjected to stress positions and stretched out over chairs, suspended from walls and forced to stand on tiptoe, deprived of sleep, cuffed and pressured on injured limbs, and beaten.

Palestinian students may be sent to administrative detention — imprisonment without charge or trial, indefinitely renewable in six-month periods. Palestinians routinely spend years jailed with no charges, no trial and no real challenge to the deprivation of their rights. They may be brought before Israeli military courts, which convict over 99% of the Palestinians charged there.

One of the most common charges is “membership in a prohibited organization,” typically referring to the student blocs. These represent the full spectrum of Palestinian politics. They organize lectures, book fairs, rallies and other campus events and participate in student elections. The charge sheets often refer to these standard activities of campus life, which are widely interpreted as a barometer for broader Palestinian political opinion.

The targeting Palestinian students is an attack on Palestinian futures. It is a systematic attempt to undermine the capacity of young Palestinians to organize with one another for a liberated future for their people: One free of colonization, apartheid and occupation.

These are not isolated cases, but a direct and collective violation of Palestinian students’ right to education, as affirmed in Article 26 of the Universal Declaration of Human Rights and Article 13 of the International Covenant on Economic, Social and Cultural Rights.  The targeted repression of students is just one facet of Israel’s crime of apartheid against the Palestinian people.

We condemn the complicity of the Palestinian Authority, which has not only failed to defend Palestinian students but has also engaged in political detention and harassment of student movements as part of its “security coordination” with Israel.

Further, Palestinian and Palestine solidarity student groups internationally are targeted for campaigns of defamation, organization bans and administrative repression, with these efforts officially and unofficially supported by the Israeli government and pro-apartheid lobby organizations around the world. All the while, Palestinian refugee students are denied their right to return to occupied Palestine.

This persecution is supported by the billions of dollars in aid, military transactions and unlimited political support given to Israel by major imperialist powers like the United States, Canada, the United Kingdom, the European Union states and Australia. This coincides with the militarization of police in imperialist countries and their global use of military and economic domination against the peoples of the world. Israeli persecution of Palestinians mirrors the state repression of popular movements and marginalized peoples in these countries, especially indigenous and Black liberation movements.

Add your organization’s name to this statement: http://bit.ly/palstudentsignon

The call and many materials are available on our website at https://samidoun.net/freepalestinianstudents in English, Arabic, Spanish, German, French, Portuguese and Italian. We will also be publishing postcards and stickers to bring the campaign to your community – respond to this email if you are interested in ordering!