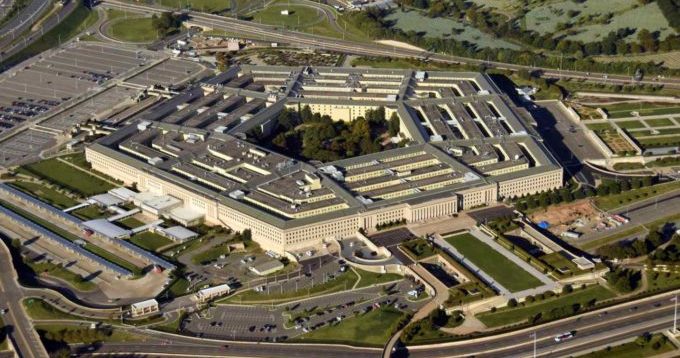 As the U.S. now approaches the third month since protests erupted following the police murders of George Floyd, Breonna Taylor, and countless Black Americans calls to defund and abolish the police are resonating throughout public consciousness. While the Black Lives Matter movement rightfully pushes for the defunding and abolition of a white supremacist institution, it must be recognized that another institution — U.S. militarism — is also an overfunded structure responsible for violence, oppression, and white supremacy.

The U.S. Department of Defense (DOD) has used its mammoth budget to enable war crimes, racism, and bigotry. While simultaneously squandering resources, the Pentagon is a leading catalyst behind climate change. As climate catastrophe approaches and irreversible damage becomes inevitable, Americans must call to defund violent and white supremacist institutions. The U.S. public must further demands to divert funds away from the Pentagon and towards addressing climate disaster and racial injustice.

In his farewell address, former wartime General and President Dwight Eisenhower warned of the increasing power displayed by U.S. militarism, stating, “we must guard against the acquisition of unwarranted influence, whether sought or unsought, by the military-industrial complex. The potential for the disastrous rise of misplaced power exists, and will persist.” Unfortunately, Eisenhower’s cautionary words went unheard.

In the post-war period — as the U.S. came to dominate — sponsoring human rights violations and carrying out brutal war crimes has become a feature, not a bug, of U.S. militarism. From 1950 to 1953, a quarter of the Korean population was massacred in bombing campaigns, while slaughters of Korean refugees by U.S. troops went unreported. Likewise, from 1955 to 1973, Vietnamese civilians were exposed to chemical weapons resulting in widespread congenital disabilities, while mass executions of entire villages were carried out by U.S. soldiers. In Vietnam, Laos, and Cambodia three times as many bombs were dropped than all bombs deployed by all sides in WWII.

In more recent memory, the never-ending Iraq War allowed U.S. coalition-led forces to deploy white phosphorus — an internationally condemned chemical agent — against civilians, while American troops infamously tortured surrendered combatants at Abu Ghraib. These actions — although just an overly brief highlight of well-known U.S. war crimes and human rights violations — stem from an imperialist mindset. U.S. militarism is based on the expansion and protection of corporate profits, fostering a culture of white supremacy, and is set into practice through a bloated military budget.

In the modern era, DOD budgets have accounted for 37 percent of the world’s total military expenditures and as much as the next top ten countries — China, India, Russia, Saudi Arabia, France, Germany, the U.K., Japan, South Korea, and Brazil — defense spending combined. Total U.S. spending, discretionary, mandatory, and interest on the national debt, accounted for $4.79 trillion in fiscal year (FY) 2020. Of the total budget, 30 percent accounts for all discretionary spending — or resources that lawmakers appropriate yearly. In FY20, 64 percent of all discretionary funds were appropriated to the U.S. military apparatus. The Pentagon and other defense-related programs, now consume around 20 percent of the entire U.S. budget, while many critical programs that keep the vulnerable merely surviving go underfunded.

In recent years, continued massive military spending during the Bush-Obama-Trump era has resulted in further war crimes and widespread inefficiency in the Pentagon. Over the last several decades, the F-35 fighter has been in “development.” Since its inception back in the 1980s, the F-35 program will cost taxpayers an estimated $2 trillion over its lifetime, while the next-generation aircraft has been subject to a litany of problems. The fighter can’t fly in thunderstorms, uses 40-year-old technology that doesn’t function properly, has a dysfunctional weapons system that can’t shoot straight, and the main computing interface is unreliable and frequently malfunctions.

The failed fighter program made recent headlines after some Congressional Democrats and Republicans appropriated $686 million to the F-35 program (and $7 billion for other weapons programs). The legislation was passed while pandemic uncertainty intensifies to include 23 million facing eviction, 30 million — likely more — unemployed, and pandemic-related benefits expiring. While the F-35 remains a prime example of wasteful spending when working people need relief, American’s tax dollars go a lot further carrying out war crimes through the DOD’s drone program.

Under the Bush administration, the U.S. military began to heighten the development of its drone project. With the Iraq ground war seen as highly unpopular to the general public, the Pentagon began experimenting with new methods that replaced the negative optics of American flag-draped coffins with a more palatable form of warfare. By the end of the Bush years, the administration amassed 57 drone strikes during its tenure. Bush’s successor, Barack Obama, exploded the program and sanctioned 563 strikes during his eight years in office. The Obama administration justified the uptick, stating that the strikes were “exceptionally surgical and precise.”

Yet that wasn’t the case. Between Bush and Obama — mostly under the latter — as many as 806 civilians were killed by U.S. drone strikes, primarily in Afghanistan, Yemen, and Somalia. Some estimates have asserted that the drone program has cost taxpayers upwards of $3.4 billion per year, although it’s difficult to assess that number accurately. These acts of war have been widely condemned by the international community.

The Intersection of Race, Militarism, and Climate Change

53 years ago, Dr. Martin Luther King Jr. explained the evils of poverty, racism, militarism, and its crossroad. During his 1967 speech, Dr. King cautioned that “a nation that continues year after year to spend more money on military defense than on programs of social uplift is approaching spiritual death.” Not much has changed in the 53 years since his warning. Currently, 78 percent of Americans live paycheck-to-paycheck, voters of color still face highly constructed obstacles to enfranchisement, and Americans of color are still yearning to be treated with dignity. The Pentagon is still in a perpetual merry-go-round of war stemming swollen budgets and the need for U.S. corporate control and expansion. Dr. King predicted the U.S.’s moral rot with clarity. Yet what has changed since the days of King is that climate catastrophe is now thrown on top of the underlying issues that existed over 50 years ago.

While racism, endless war, and austerity still dictate the policy focus of the U.S. political and financial elite, the Pentagon’s budget has resulted in the defense apparatus accounting for one of the largest carbon footprints in the world. The DOD and military-industrial complex ranks as the largest non-nation-state when it comes to pumping carbon emissions into the environment. According to a 2019 study conducted by Brown University researchers, if the Pentagon and the military-industrial complex were a country, the apparatus would be ranked as the 55th largest carbon emitter nation in the world. The vast majority of carbon-based activity form the DOD comes from warfare, which has caused 1.2 billion tons of carbon being dumped into the atmosphere since 2001. The Pentagon and its private contractors now have a larger carbon footprint than more than 140 countries.

Climate change is the result of neo-colonialism, militarism, and exploitation to maintain the bottom lines of Western private industry. To address the facilitation of climate change and end the Pentagon’s promotion of white supremacy, Americans must look to defunding militarism and reigning in government-sponsored contracts for the military-industrial complex. By substantially defunding the DOD and curtailing the influence of private “defense” corporations, resources can be diverted to transform the energy system to stave off climate disaster, while also funding programs that uplift marginalized people of color at home and delivering peace to people of color abroad.

Addressing Climate Change and White Supremacy by Defunding the Pentagon

The Cold War adversary in the form of the Soviet Union no longer exists and the fear-mongering void is now replaced with struggling states like Venezuela, Iran, or Cuba, and abstracted to include terrorist groups — all virtually pose no imminent threat to national security. China could be considered a new Cold War adversary, yet is currently outpaced by U.S. military expenditures by over 60 percent. The U.S. has no major enemy or adversary that even comes close to the number of resources appropriated to maintain an over-extended military.

A far greater national security threat, that doesn’t include fledgling nation states or terrorist groups, has come to materialize. In the Pentagon’s own words, “the effects of a changing climate are a national security issue.” There is no logical reason for maintaining the current absurd funding levels of the Pentagon other than exerting economic, political, and military control over exploited nations and people — which creates the byproduct of promoting white supremacy and climate change.

Defunding the Pentagon and reigning in taxpayer-funded contracts awarded to a small group of private “defense” corporations will benefit the world’s people and Americans alike. With a significant chunk of discretionary spending diverted from funding war crimes and wasteful projects, resources can be reinvested into transforming the U.S.’s infrastructure from a climate killer to sustainable, renewable energy. While transitioning to sustainable energy, well-compensated union jobs can be created and the impacts of U.S. militarism — war crimes and facilitating climate change, both disproportionately impacting people of color — can be mitigated.

A budget reflects values and priorities. In the U.S.’s case, much of the budget reflects the furtherance of a global white supremacist culture, expanding the current system of capitalist-militarism, and putting profits of carbon-based energy corporations and military contractors before human rights around the world. Defunding the U.S. military and its industrial complex by diverting funds to environmental and racial justice is a step toward international action against white supremacy and climate change.

Jack Delaney is a former policy analyst, political communications specialist, federal lobbyist, and Congressional intern. Jack worked on issues relating to health care, disability, civil liberties, and labor policy, and is a member of the North Brooklyn chapter of Democratic Socialists of America and the National Writers Union. His work has appeared in Truthout and Jacobin and he can be found at www.jfdelaney.com, on Twitter @dadrespecter, and on Instagram @jfdelaney.