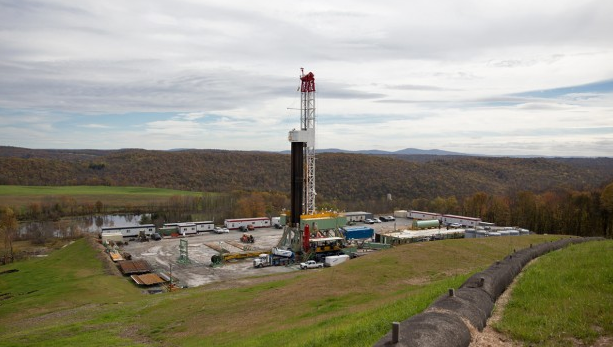 Two retirees from the Pennsylvania Department of Health say its employees were silenced on the issue of Marcellus Shale drilling.

One veteran employee says she was instructed not to return phone calls from residents who expressed health concerns about natural gas development.

“We were absolutely not allowed to talk to them,” said Tammi Stuck, who worked as a community health nurse in Fayette County for nearly 36 years.

Deasy, a former program specialist with the Bureau of Epidemiology, said the department also began requiring field staff to get permission to attend any meetings outside the department. This happened, he said, after an agency consultant made comments about drilling at a community meeting.

In the more than 20 years he worked for the department, Deasy said, “community health wasn’t told to be silent on any other topic that I can think of.”

Companies have drilled more than 6,000 wells into Pennsylvania’s Marcellus Shale over the last six years, making it the fastest-growing state for natural gas production in America.

Amid the record-breaking development, public health advocates have expressed concern that Pennsylvania has not funded research to examine the potential health impacts of the shale boom.

Doctors have said that some people who live near natural gas development sites – including well pads and compressor stations – have suffered from skin rashes, nausea, nosebleeds and other ailments. Some residents believe their ill health is linked to drilling, but doctors say they simply don’t have the data or research – from the state or other sources – to confirm that.

A state Department of Health spokesperson denied that employees were told not to return calls. Aimee Tysarczyk said all complaints related to shale gas drilling are sent to the Bureau of Epidemiology. Since 2011, she said, the agency has logged 51 complaints, but has found no link between drilling and illness.

Tammi Stuck has been retired for just over two years. She still remembers a piece of paper she kept in her desk after her supervisor distributed it to Stuck and other employees of the state health center in Uniontown in 2011.

It was not unusual, Stuck said, for department brass to send out written talking points on certain issues, such as the H1N1 or “swine flu” virus, meant to guide staff in answering questions from the public.

“There was a list of buzzwords we had gotten,” Stuck said. “There were some obvious ones like fracking, gas, soil contamination. There were probably 15 to 20 words and short phrases that were on this list. If anybody from the public called in and that was part of the conversation, we were not allowed to talk to them.”

Normally, when fielding calls, Stuck would discuss the caller’s problem, ask about symptoms, and explain what services the department or other agencies could offer.

However, for drilling-related calls, Stuck said she and her fellow employees were told just to take the caller’s name and number and forward the information to a supervisor.

“And somebody was supposed to call them back and address their concerns,” she said, adding that she never knew whether these callbacks occurred.

Sometimes, Stuck said, people would call again, angry they had not heard back from anyone from the department.

Stuck did not usually answer the phone at the Uniontown office. But on the few occasions when she did pick up and the caller was making a drilling-related complaint, she never found out what happened after she passed the information on to her supervisor.

Stuck said she has spoken to employees working in other state health centers who received the same list of buzzwords and the same instructions on how to deal with drilling-related calls.

“People were saying: Where’s the Department of Health on all this?” Stuck said. “The bottom line was we weren’t allowed to say anything. It’s not that we weren’t interested.”

Marshall Deasy worked in the Bureau of Epidemiology in Harrisburg for more than 20 years, retiring last June. Deasy was a primary investigator of food- and waterborne outbreaks and his work put him in contact with community health nurses across the state, such as Tammi Stuck.

He said some nurses told him they were not allowed to respond to complaints about gas drilling.

In his office in Harrisburg, Deasy said the subject of natural gas development was considered “taboo” and was not openly discussed among fellow employees.

However, he was aware that a colleague in the Bureau of Epidemiology was maintaining a list of drilling-related calls. When reached by StateImpact Pennsylvania, that person declined to comment.

The Department of Health confirmed that all complaints related to natural gas drilling are sent to the Bureau of Epidemiology where they are logged in a database.

Spokesperson Aimee Tysarczyk said that a “buzzwords” list was never circulated and disputed Stuck’s account that nurses were instructed not to return calls.

“Typically, the protocol is that when a call comes in, they log the information and they contact the Bureau of Epidemiology here who follows up directly with that individual,” Tysarczyk said. “If there’s a physician involved, then they will follow up with the physician.”

Putting the lid on meetings

Both Marshall Deasy and Tammi Stuck recall an incident that had a chilling effect on employees.

In 2011, a consultant for the department was attending a community meeting in an official capacity. The subject of gas drilling came up and her comments on the matter got back to officials in Harrisburg.

According to Deasy, the consultant still works for the department, but she “was made plain that wasn’t going to be repeated, that nobody’s going to be out discussing shale or drilling from the Department of Health.”

Not long afterwards, the agency instituted a new policy: To attend any meetings, on any topic, all nurses, consultants and other employees of state health centers and district offices would have to get permission from the office of the director of the Bureau of Community Health in Harrisburg.

“There was a form that had to be filled out at least a month ahead of time,” Stuck said.

For instance, to go the meeting of the local diabetes task force, a community health nurse would be required to submit a form detailing the topics to be discussed, who would be attending and the role of the nurse at that meeting.

Stuck said another nurse she knew was forced to step down from the infection control committee at a local hospital. She was no longer allowed to attend the meetings.

Tysarczyk, the department spokesperson, said employees are not required to fill out a form to get permission, but “it’s not unusual to know where our staff is going to ensure that the appropriate resources are being allocated and that they’re speaking on behalf of the department and our priorities from a public health standpoint.”

Sneaking the topic through

That did not stop Marshall Deasy from bending the rules.

Last spring, just a few weeks shy of his retirement, Deasy invited Dr. Bernard Goldstein, professor emeritus with the University of Pittsburgh’s Graduate School of Public Health, to speak to more than 100 employees at their Quarterly Epidemiology meeting about his work on shale drilling and health. “He needed to make sure that we had a title [for the presentation] that didn’t say ‘shale gas,’” Goldstein said. “If it did, he was concerned that the Pennsylvania Department of Health political leadership would cancel the meeting because they didn’t want this kind of topic on their agenda.”

Goldstein agreed. He gave a talk about lessons learned from the 2010 Deepwater Horizon oil spill to environmental epidemiology.

He also spoke about the need for the state Department of Health to monitor the impacts of Marcellus Shale drilling.

Goldstein has criticized Gov. Tom Corbett’s administration for not giving the Department of Health a bigger role in overseeing the growing shale gas industry.

A spokesman for Gov. Corbett declined to comment for this story.

Act 13, the 2012 overhaul of the state’s oil and gas law, created an impact fee, which has generated more than $630 million over the last three years. The money goes back to local governments and to various state agencies involved in regulating drilling, including the Department of Environmental Protection.

“Not one penny goes to the Department of Health,” Goldstein said.

Maryland’s Department of Health and Mental Hygiene is also overseeing a study of the potential health impacts of Marcellus Shale development that is supported by state funding.

The Marcellus Shale Advisory Commission that Gov. Corbett convened in 2011 recommended that the Department of Health create a population-based registry. This initiative would monitor over time the health of residents who live within one mile of natural gas production sites.

The commission also recommended that education programs be offered to health care providers and the public, and that the department should establish a protocol for investigating complaints.

Earlier versions of Act 13 called for $2 million to fund these initiatives, but were ultimately cut from the final legislation.

Tysarczyk said her agency is still committed to creating a health registry.

“I think that we would have liked to see it happen a bit faster,” she said. “At the same time, from what we’ve seen, we’re not seeing a definitive health link to drilling based on the investigations that we’ve done.”

Corbett’s former health secretary Eli Avila told StateImpact Pennsylvania he was not aware of the policies described by the two former department employees. He was leading the department at the time when, according to Stuck and Deasy, the “buzzwords” list was handed down and employees needed permission to attend meetings.

Avila said it would have been possible for one of the deputy secretaries in the department or the governor’s office to have taken such a step without his knowledge.

Avila resigned in October 2012 amid a lawsuit from a Harrisburg restaurant owner stemming from an argument over an egg sandwich. He is now health commissioner for Orange County, New York.

Avila is disappointed that the health registry, an idea he endorsed before the Marcellus Shale Advisory Commission, has not yet been carried out.

“Pennsylvania was poised to be the model state when it came to fracking,” he said. “That’s how I saw it. Unfortunately, that’s not what happened.”