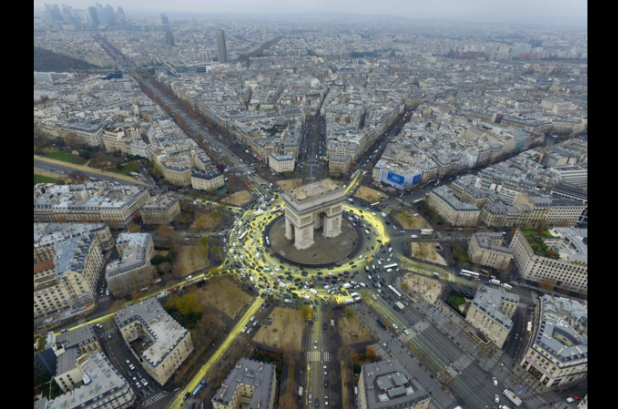 Above Photo: From Twitter/‏@Greenpeace. ACTION @fhollande Renewable energy to save the climate! We must have 100% #renewables by 2050 #100RE4all #COP21.

Climate activists gathered Friday morning to give COP21 negotiators a little encouragement and send a message to the French government: get France to commit to producing 100 percent renewable energy by 2050.

Police eventually arrested about 70 people, according to Greenpeace.

Diplomats at COP21 — also known as the United Nations climate change conference — extended negotiations on a final climate framework for one extra day.

U.N. Secretary-General Ban Ki-moon said Friday that how extensive the accord should be and who would incur the financial costs associated with global warming are still points of contention.