Above Photo: A wall with graffiti depicts U.S. President Donald Trump with a footprint on his face in Gaza City, June 25, 2019. Palestinians in the Gaza Strip are observing a general strike, with stores and public institutions shuttered in protest of the Trump administration’s conference in Bahrain. Khalil Hamra | AP

What will it take for the Palestinian government to abandon the American option and, instead, to develop a rounded strategy that is founded on national unity, democratic representation and international solidarity? asks Ramzy Baroud.

Those who are still hoping that the new American agenda on Palestine and Israel is temporary, or reversible, should abandon this false hope. Washington’s complete adoption of Israel’s messianic, extremist policies regarding Occupied Palestine has been a long time in the making. And it is here to stay.

Despite the unmistakable clarity in the American political discourse regarding Palestine, the Palestinian Authority (PA) is still trapped in a 25-year long, ineffectual political paradigm. Unable to move past their disproportionate reliance on American validation, and lacking any real strategic vision of their own, PA President Mahmoud Abbas and his men are operating within a clichés-centered trajectory of a ‘negotiated peace’ – a discourse that was, itself, invented and championed by Washington and its allies.

Newly-appointed (not elected) Palestinian Prime Minister, Mohammad Shtayyeh, conveyed this very sentiment in his June 24 interview with CNN’s Christiane Amanpour. “If you look at the literature, if you look at the statements, our President has been working by the book,” he said.

What book was Shtayyeh referring to? Certainly not the book of international and humanitarian law, which has devised a clear path aimed at achieving Palestinian freedom, rights and territorial sovereignty.

It is, rather, a book that is written by Washington, from which a brazen pro-Israel agenda has preceded the Donald Trump administration by decades.

This is, in fact, the core ailment of Palestinian politics, as practiced by the PA. Throughout the years, the PA has received hundreds of millions in American funds, in exchange for sidelining the UN in favor of complete American hegemony over the so-called ‘peace process’. Abbas’ recent attempts at reviving the role of the UN and its affiliated institutions is a belated attempt at correcting a historical mistake. 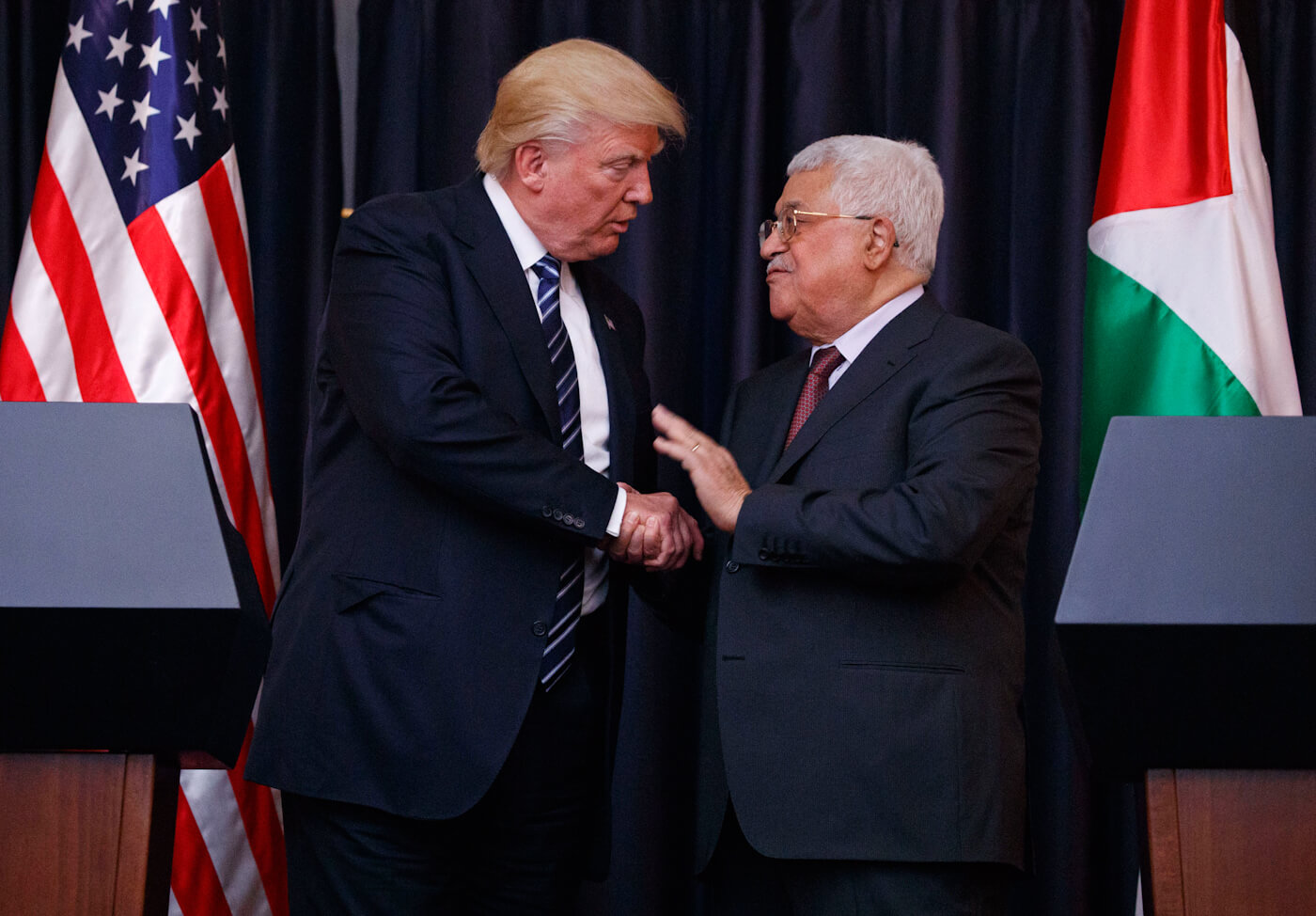 What will it take for Shtayyeh, and his boss in Ramallah, to abandon the American option and, instead, to develop a rounded strategy that is founded on national unity, democratic representation and international solidarity? Much precious time has been lost subscribing to the one-sided American book, which has no room for a Palestinian discourse of national liberation, unconditional freedom and basic human rights.

While Trump’s advisor and son-in-law, Jared Kushner, was referring to Palestinians as “hysterical and erratic,” following the two-day Bahrain economic conference (June 25-26), US Middle East ‘peace envoy’, Jason Greenblatt, was challenging the very terminology used by the entire  international community regarding the illegal Israeli Jewish colonies in Occupied Palestine.

“People (should) stop pretending (that) settlements, or what I prefer to call ‘neighborhoods and cities,’ are the reason for the lack of peace,” the American envoy told participants at the ‘Israel Hayom Forum for US-Israeli Relations’.”

For the record, the widely-circulated rightwing Israeli newspaper, ‘Israel Hayom’ which sponsored the conference, is financed by pro-Israel American casino mogul, Sheldon Adelson. The latter is known to be the primary advocate behind Trump’s misguided policies in Palestine, including Washington’s recognition of Occupied Palestinian East Jerusalem as part of Israel’s capital.

Greenblatt is but one of several unabashedly pro-Israel American politicians, who have taken the already biased US foreign policy to a whole new low. This clique also includes former US ambassador to the UN, Nikki Haley, and Washington’s Ambassador to Israel, David Friedman.

In an interview, also with ‘Israel Hayom’ on June 11, Haley tried to assure Israelis that “Israel should not be worried,” about having to make any political concessions in exchange for Trump’s recognition of Jerusalem as Israel’s capital or of Israel’s sovereignty over the occupied Syrian Golan Heights.

While Haley’s, Kushner’s and Greenblatt’s statements can be viewed as part of the ever-skewed, pro-Israel language emanating from Washington, one must not be too hasty. The fact is, Washington has now fully embraced the Zionist Israeli discourse without the slightest attempt at playing the role of the impartial arbitrator.

It is as if Haley, et al are now members of the Israeli Prime Minister, Benjamin Netanyahu’s rightwing Likud party.

But no one represents this blatant American realignment into the Israeli camp better than Ambassador Friedman, who has, in an interview with the New York Times, on June 8, backed any future Israeli annexation of parts of the Occupied West Bank.

A few weeks later, in a disturbing and highly symbolic gesture, the American Ambassador carried a sledgehammer and broke open a tunnel that snakes underneath the East Jerusalem Palestinian neighborhood of Silwan. The tunnel, part of Israel’s expansionistic policy in Occupied Jerusalem, has already damaged the foundation of over 80 Palestinian homes. 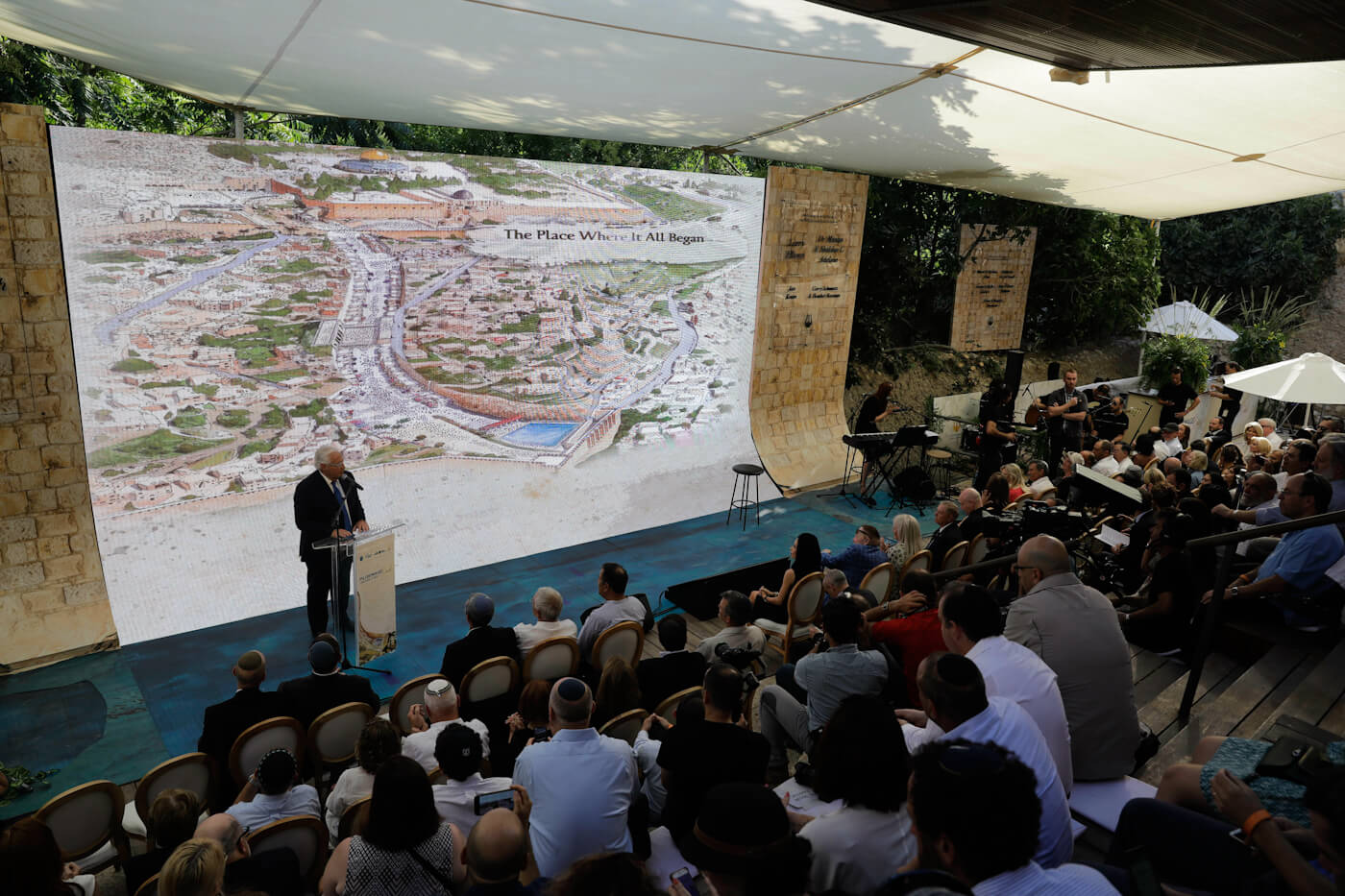 U.S. Ambassador to Israel David Friedman talks during the opening of a tunnel cutting through the Palestinian neighborhood of Silwan. Tsafrir Abayov | AP

The determined and gratified look on Friedman’s face spoke volumes about the ‘hysterical, erratic’ and extremist US foreign policy under Trump.

So what hope is left for the PA in Ramallah, now that Washington has taken all the political, financial and every other practical step to sideline Palestinians, to marginalize their rights and push them into submission? And what good will appealing to American sensibilities through CNN and any other platform do, considering that Washington’s strategy is deeply entrenched and irrevocable?

Much can be said about Palestinian failure to change course when it became repeatedly clear since the signing of the Oslo Accord in 1993, that Washington has no interest in pressuring Israel to end illegal settlement construction and to respect international law. Worse, while Washington paid lip service to ‘peace’, it supported the Israeli war machine, military occupation and settlement construction with billions of dollars.

While it is good that the PA is finally waking up to the fact that subscribing to Washington’s foreign policy book is a historic mistake, mere awareness is simply not enough.

It is time for the Palestinians to write their own book, one that is guided by the concept of national liberation, not endless negotiations; one that is predicated on unity, not mortifying factionalism; one that appeals to the whole global community, not to American handouts.