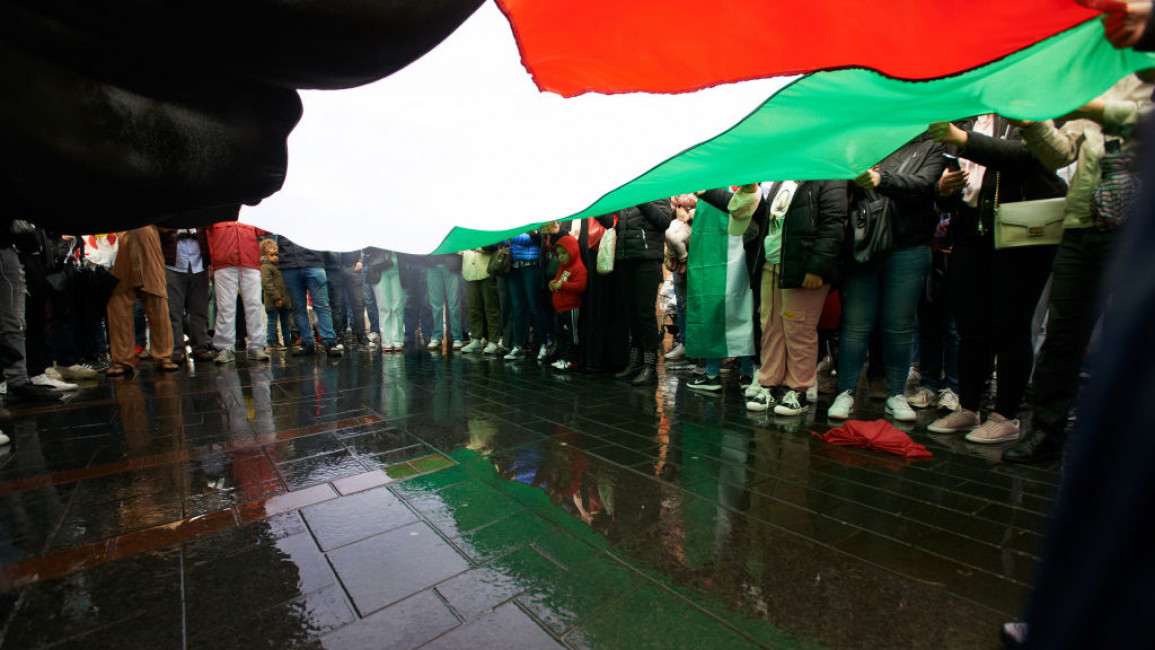 Palestinians Call For Investigation Into Israeli Massacre In Tantura

Above Photo: It is believed that over 200 Palestinians were killed in the 1948 massacre. Getty Images.

This is Ilan Pappe’s Facebook post from yesterday. The truth always prevails, no matter how hard Israel tries to hide it #FreePalestine #Tantura pic.twitter.com/v1fv1RaQlu

Occupied Palestine – Palestinians has called on Saturday for the formation of an international commission to investigate massacres committed by ‘Israel’ in the Palestinian village of Tantura in 1948.

The international investigation was called for following revelations by Israeli newspaper Haaretz that a mass grave had been discovered at Dor Beach, where Tantura once stood before it was destroyed.

Palestinians say multiple massacres of Palestinians by Zionist gangs took place in Palestinian villages during the 1948 war in a bid to forcefully displace at least 750,000 Palestinians from their homes and lands, a tragedy Palestinians refer to as the Nakba, or catastrophe.

“The crimes of the occupation did not stop at the year 1948, but are still continuing in a racist and hateful manner, which calls for the opening of investigations into these crimes,” a statement by the Palestinian Foreign Ministry said on Saturday.

“What is required is a broad international campaign to bring justice to the Palestinian victims and to punish Israeli officials and the official Israeli institution that continues to conceal and cover up the ugliness of these crimes and massacres,” the statement added.

In its report, Haaretz said Israeli officers “of the 1948 battle at Tantura village [have] finally come clean about the mass killing of Arabs that took place after the village’s surrender”.

Previously, those who participated had denied that the horrific killings had taken place, and even went as far as to take legal action against their accusers.

Today, the site of the massacre, and the mass grave that was dug for the victims, is now a popular beach. It is believed that at least 200 Palestinians were buried there after being killed.

A documentary titled ‘Tantura’, which features testimonies from former soldiers, by filmmaker Alon Schwarz is set to be screened at the Sundance Film Festival, and follows the story of Teddy Katz, who in the 1990’s researched the massacre as part of a master’s degree thesis.

At the time of his thesis, Katz was forced with threats of legal action to withdraw his claims about the massacre, by Israeli military veterans.

The massacre of Tantura took place on the night of May 22-23, 1948, according to Palestinian historians.

The Palestinian Foreign Ministry statement said the facts of the Nakba are constantly being “obscured by successive Israeli governments to bury the truth of the crimes and massacres of these Zionist gangs, knowing that the leaders responsible for committing them are given high positions in the occupation army and in official Israeli institutions”.

Moshe Diamant, one of the Israeli veterans who finally came out clean about the massacre, was reported by Haaretz as saying: “It mustn’t be told, it could cause a whole scandal. I don’t want to talk about it, but it happened. What can you do? It happened.”

“According to Diamant, speaking now, villagers were shot to death by a ‘savage’ using a submachine gun, at the conclusion of the battle,” the Isreali newspaper reported.

Another former Israeli soldier said: “It’s not nice to say this. They put them into a barrel and shot them in the barrel. I remember the blood in the barrel.”