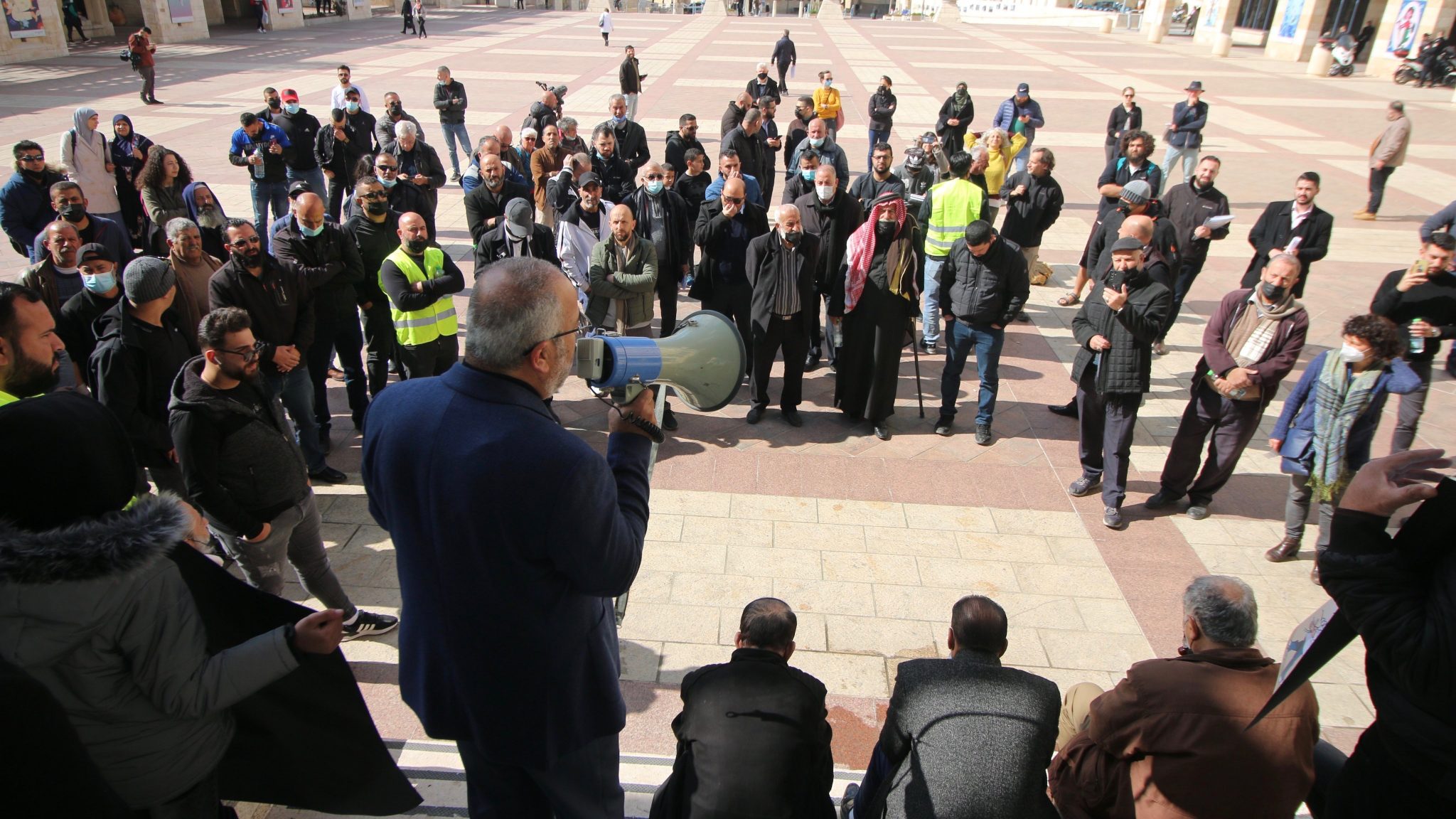 Above Photo: Palestinians protest against planned demolitions in the East Jerusalem neighborhood of Jabal al-Mukabir. Activestills.

Around 800 Palestinian homes are facing the threat of demolition by the Israeli municipality of Jerusalem.

It plans to replace them with 500 new illegal settlement units and a shopping mall.

Palestinians in the occupied East Jerusalem neighborhood of Jabal al-Mukabir organized protests and observed a general strike on Thursday, March 10, against home demolitions planned by the Israeli municipal authorities. The Israeli municipality of Jerusalem reportedly plans to demolish around 800 Palestinian-owned homes in the area. Palestinians believe this is part of a much larger and long-running Israeli project of expulsion and ethnic cleansing of Palestinians from East Jerusalem in order to colonize and repopulate the area with Jewish Israelis, and ultimately to annex the occupied Palestinian territory into the present-day state of Israel.

Similar demolition and expulsion campaigns have been carried out by Israel across the occupied West Bank and East Jerusalem, most prominently in the neighborhood of Sheikh Jarrah where the Palestinian residents have been facing attacks by both the Israeli state as well as right-wing Jewish settler groups in recent times.

According to reports, many local shops and stores in the Jabal al-Mukabir neighborhood remained shut on Thursday as part of the strike. Palestinians also staged a protest vigil in front of the municipality office. The protesters were seen holding up posters and placards denouncing the “ethnic cleansing” and “expulsion” policies of the Israeli state. Ibrahim Bisher, one of the Palestinian home owners facing the threat of illegal demolition, said that the strike was held to “voice rejection of Israel’s policy of systematic demolitions of Palestinian houses and forced expulsion in contract to colonial settlement expansion.”

Israeli human rights NGO B’Tselem noted that in February this year, the Jerusalem municipality and the CA (civil administration) had already ordered the demolition of 17 structures in the occupied West Bank which were annexed into the municipal boundaries of the city of Jerusalem under the control of the Israeli state. Demolitions were also carried out in adjacent areas lying within the al-Quds district, which is under control of the Palestinian authority (PA). B’Tselem said, “The demolished structures included three apartments under construction slated to house three families of 11 in total, including five minors, and 6 inhabited homes (four of which were demolished by their owners) that housed 29 people, including 14 minors, who were left homeless.” According to ActiveStills, in the first 45 days of 2022, at least 127 Palestinian structures across the West Bank, including in Jerusalem, were demolished by Israel, with no clear corresponding figures available for demolitions in the historic 1948 Palestine.

Commenting on the strike and protests, Tariq Owaisat, a member of the neighborhood’s follow-up committee, warned that the Israeli plan threatens hundreds of Palestinian families. He said that the occupation municipality in Jerusalem is acting like a “gangster under the protection of the Israeli government.” Owaisat added that the municipality intends to build a mall and 500 new illegal settler homes on the land where Palestinian homes are at risk of demolition. Calling the demolitions a dangerous scheme, he noted that if successful, they will “deprive the Palestinian residents of any urban expansion in Jabal Al-Mukaber in the future, which will force young people to leave the holy city to look for homes.” He reaffirmed the resolve of the neighborhood’s residents to resist the demolitions and defeat Israel’s aim of repeating in Jerusalem what they did to Palestinians in the 1948 Nakba and the 1967 Nakba. He was referring to the two massive displacement and ethnic cleansing campaigns in Palestinian history which saw the forced exodus of hundreds of thousands of Palestinians from their ancestral lands.