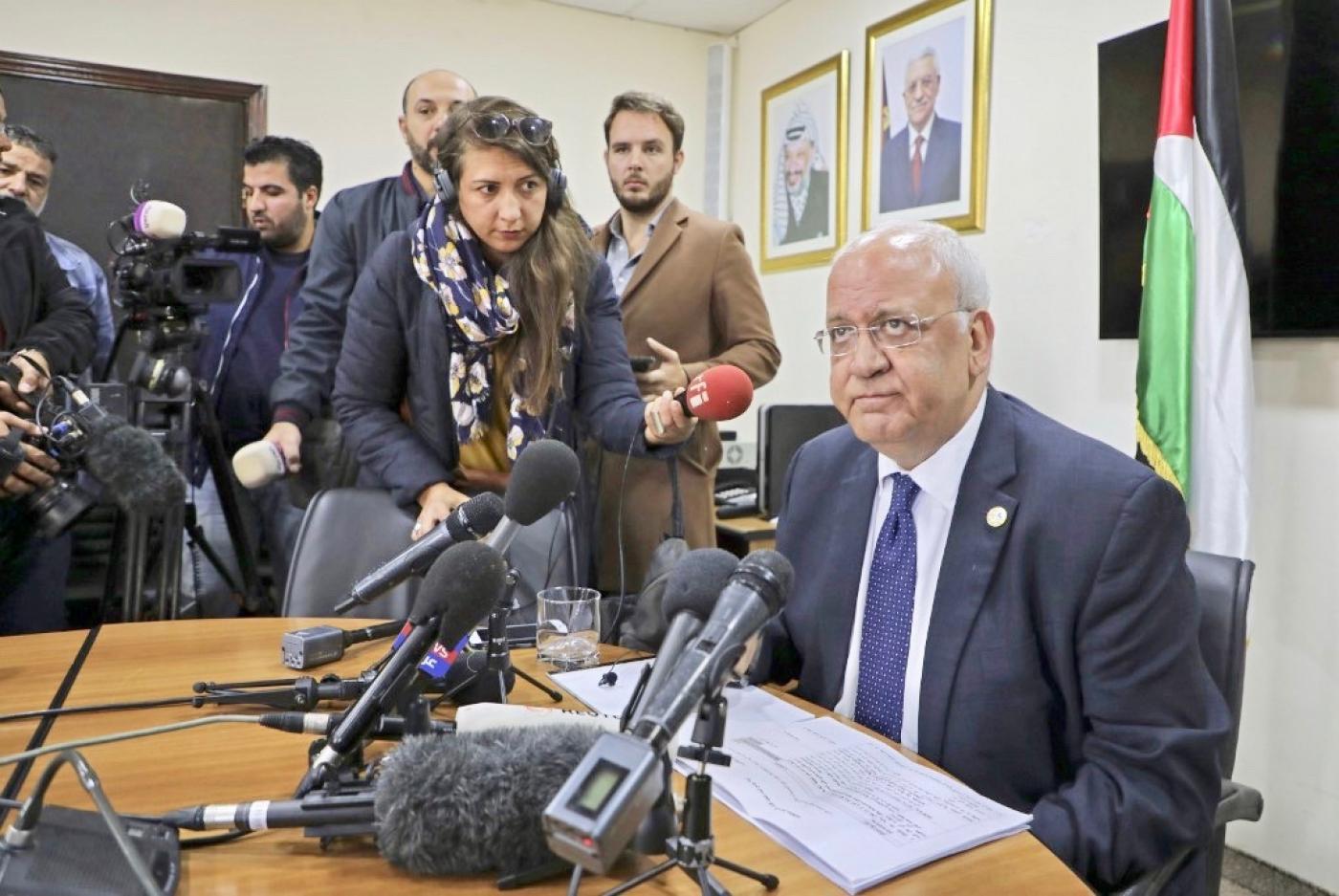 Palestinian leaders have made clear that they no longer recognise Washington’s historic role as mediator, given Trump’s repeated backing of Israeli demands

Palestinian leaders threatened on Sunday to withdraw from key provisions of the Oslo Accords, which define arrangements with Israel, if US President Donald Trump announces his proposal for Israel and Palestine this week.

The Oslo Accords resulted in Israel’s recognition of the Palestine Liberation Organisation as a representative of the Palestinian people and a party to the peace negotiations, while the PLO, in turn officially recognised Israel’s right to exist peacefully and renounced the use of violence to achieve its goals, according to AMN.

Trump was scheduled to unveil his proposal, dubbed by some as the “deal of the century”, ahead of his meeting in Washington early this week with Israeli Prime Minister Benjamin Netanyahu.

Netanyahu, who has called Trump “the greatest friend that Israel has ever had”, said he hoped to “make history” in Washington this week.

Still, the Palestinian leadership was not invited to the talks and has rejected Trump’s initiative amid tensions with the US president over his recognition of Jerusalem as Israel’s undivided capital.

World powers have long agreed that Jerusalem’s fate should be settled through negotiations between Israel and the Palestinians.

Chief Palestinian negotiator Saeb Erekat told AFP that the PLO reserved the right “to withdraw from the interim agreement” of the Oslo pact if Trump unveils his plan.

Sometimes called Oslo II, the interim agreement set out the scope of Palestinian autonomy in the West Bank and Gaza.

If Netanyahu begins annexation of palestinian territory officially, this means Israel’s withdrawal from Oslo accords and agreements signed . It is an attempt to destroy the two States.But it will open the doors of one person one vote from the river Jordan to the midditterraen.

78 people are talking about this

The interim pact was only supposed to last five years while a permanent agreement was finalised, but it has tacitly been rolled over for more than two decades.

Israel has occupied East Jerusalem and the West Bank since the 1967 Six-Day War.

More than 600,000 Israelis now live there in settlements considered illegal under international law.

Trump’s ‘deal of the century’: 17 things we learned

The Trump administration last year announced that it no longer considered Israel’s settlement of civilians in the West Bank as “inconsistent with international law”, further outraging the Palestinians.

Trump’s initiative has been in the works since 2017, and its economic component was unveiled in June, calling for $50bn in international investment in the Palestinian territories and neighbouring Arab countries over 10 years.

Despite this apparent economic incentive, Palestinian leaders have made clear that they no longer recognise Washington’s historic role as mediator in the conflict, given Trump’s repeated backing of Israeli demands.

“The US administration will not find a single Palestinian who supports this project,” the Palestinian Foreign Ministry said in a statement on Sunday. “Trump’s plan is the plot of the century to liquidate the Palestinian cause.”

Hamas leader Ismail Haniyeh on Sunday said that Trump’s plan “will not pass”. In a statement from the Gaza Strip, Haniyeh said: “We firmly declare that the ‘deal of the century’ will not pass. The new plot aimed against Palestine is bound to fail,” and may lead the Palestinians to a “new phase in their struggle” against Israel.

“I wish to thank President Trump for his dedication and determination in defending the security interests that both Israel and the US share,” Gantz said.

Trump will hold back-to-back meetings with Netanyahu and Gantz on Monday, where he will likely share some details of his Middle East plan, a US source familiar with the plan said on Sunday, according to Reuters.

Israeli media speculated that Trump had chosen to unveil his plan in support of Netanyahu’s election bid – the third in a year, but the first since Netanyahu was charged with bribery, fraud and breach of trust in three separate corruption cases.

Netanyahu is seeking immunity from Israeli lawmakers through hearings due to start this week.

“Immediately after news of the plan was reported, it became plainly evident based on the reactions that this wasn’t a Trump plan, but a Bibi-Trump plot,” analyst Ben-Dror Yemini wrote in Sunday’s Yedioth Ahronoth newspaper.

“Yet another election ploy that was designed to extricate Netanyahu from the clutches of his immunity hearings.”