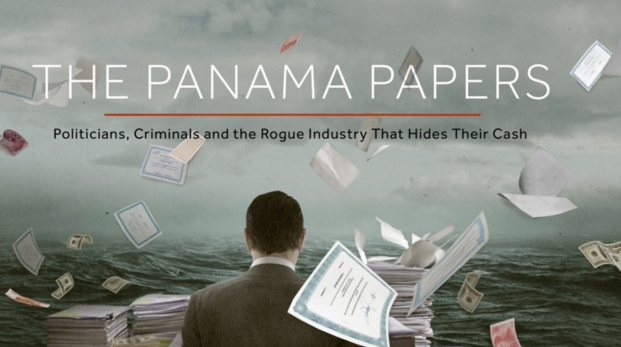 Above Photo: The Panama Papers is one of the biggest leaks and largest collaborative investigations in journalism history. (Photo: Screenshot)

An anonymous source, an enormous cache of leaked documents, and a year-long investigative effort by around 400 journalists from more than 100 media organizations in over 80 countries have yielded the Panama Papers, an unprecedented look at how the world’s rich and powerful, from political leaders to celebrities to criminals, use tax havens to hide their wealth.

Over a year ago, an anonymous source contacted the Süddeutsche Zeitung (SZ) and submitted encrypted internal documents from Mossack Fonseca, a Panamanian law firm that sells anonymous offshore companies around the world. These shell firms enable their owners to cover up their business dealings, no matter how shady.

In the months that followed, the number of documents continued to grow far beyond the original leak. Ultimately, SZ acquired about 2.6 terabytes of data, making the leak the biggest that journalists had ever worked with. The source wanted neither financial compensation nor anything else in return, apart from a few security measures.

The data provides rare insights into a world that can only exist in the shadows. It proves how a global industry led by major banks, legal firms, and asset management companies secretly manages the estates of the world’s rich and famous: from politicians, Fifa officials, fraudsters and drug smugglers, to celebrities and professional athletes.

“These findings show how deeply ingrained harmful practices and criminality are in the offshore world,” said Gabriel Zucman, an economist at the University of California, Berkeley and author of The Hidden Wealth of Nations: The Scourge of Tax Havens. Zucman, who was briefed on the media partners’ investigation, said the release of the leaked documents should prompt governments to seek “concrete sanctions” against jurisdictions and institutions that peddle offshore secrecy.

Fusion dubbed it “the WikiLeaks of the mega-rich.”

The story behind the #PanamaPapers? Courage is contagious. https://t.co/P6nYOebdKu pic.twitter.com/zrT2J0PtIa

In a statement on Sunday, international anti-corruption organization Global Witness said the exposé had “once again shown the insidious role that tax havens, corporate secrecy and shell companies play in aiding widespread crime, corruption, and violence. These threaten the safety, security and well-being of people around the world.” The group pointed out that “despite stereotypes portraying the problem of tax havens and shell companies as an ‘offshore’ problem, this is a big and homegrown issue in the U.S. as well.” To that end, Global Witness will join faith leaders, small business owners, voices from law enforcement, and other community activists from over 25 states in Washington, D.C. from April 11-13 to call on Congress to pass legislation that would end anonymous companies. The hashtag #PanamaPapers was trending on Twitter: #PanamaPapers Tweets