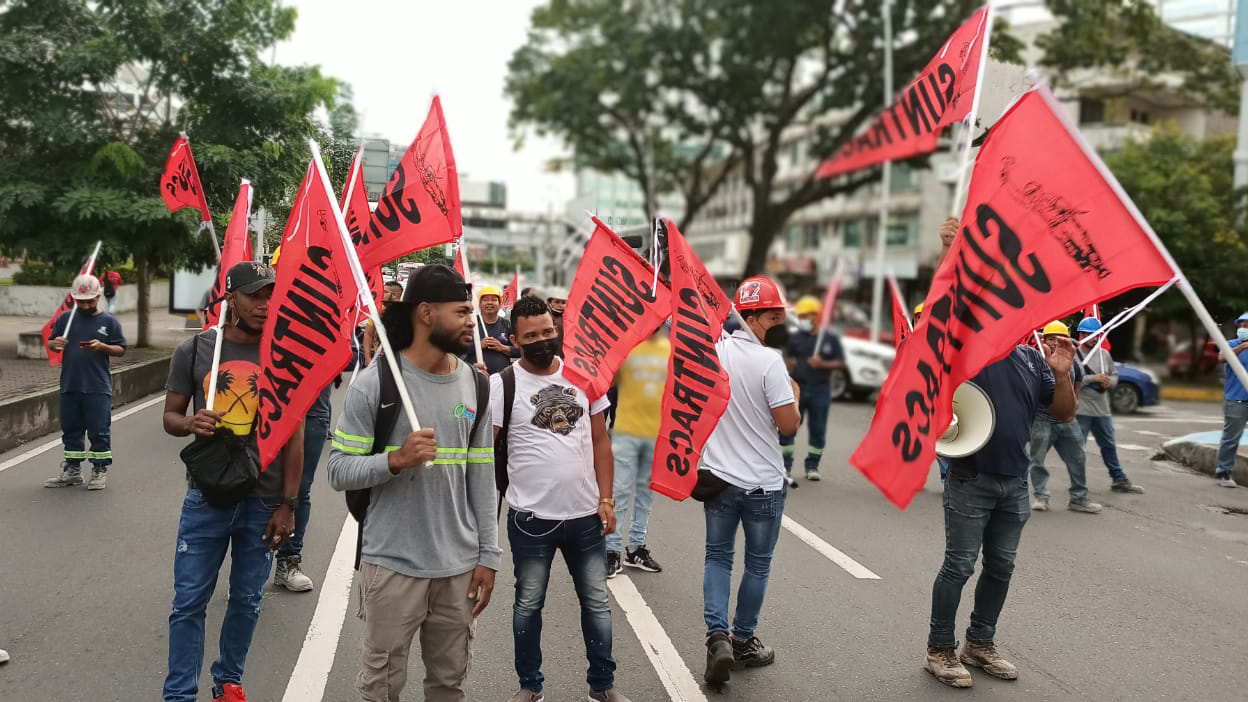 Above Photo: After almost a month-long struggle, the Panamanian people succeeded in convincing the right-wing government to reduce the cost of essential commodities by 30%. SUNTRACS / Twitter.

After almost a month of national strike against the high cost of living, peoples’ movements win the reduction of the cost of essentials by 30%.

After three weeks of national strike and nationwide demonstrations and roadblocks in protest against the cost of living crisis in Panama, the right-wing government of President Laurentino Cortizo was forced to engage in negotiations with the organizations behind the protests in Penonomé on July 21.

On July 24, the fourth day of negotiations, representatives from various popular movements and social organizations, which have been mobilizing across the country since July 1, reached the first agreement with the government. The leaders of the People United for Life Alliance from the capital Panama City, the National Alliance for the Rights of the Organized People (ANADEPO) from Veraguas, and the Indigenous organizations from the Ngäbe Buglé region, the three organizers of the ongoing national strike, succeeded in convincing the national government to reduce the cost of essential commodities by 30%.

According to the agreement, the government will reduce the prices of some 72 products, including food and hygiene items, by implementing measures such as price caps, subsidies on national products, and tariff reduction with control of the marketing margin.

The government also agreed to present a bill to the National Assembly within 30 days to expand and strengthen the coercive powers of the Authority for Consumer Protection and Defense of Competition (ACODECO), the agency in charge of regulating prices and quality of services. It also promised to present a plan to carry out fairs and open stores throughout the country to market merchandise from national producers. In addition, the government committed to prioritizing micro, small and medium-sized producing companies in the Agricultural Development Plan.

Saúl Méndez, general secretary of the Single Union of Construction Workers (SUNTRACS) and one of the representatives of the People United for Life Alliance, welcomed the agreement, however, he stressed that the government didn’t agree to all six demands raised by the organizations with respect to the changes in prices.

“We have managed to get the government to reduce and freeze the prices of more than 70 items…There are three points on which there is no consensus, and which we will continue to debate,” [said] Méndez.

Establishment of maximum profit margins for intermediaries (marketing, distribution and sales channels) that allow profitability, but do not affect the quality of the healthy basic food items, is one of the three demands.

Representatives of social movements and trade unions are engaged in dialogue with the government officials around these demands. Meanwhile, thousands of people are in the streets, struggling against deepening inequalities and fighting for a dignified life.

The government authorities are responding to these mass protests with violent repression in streets, demonization in mainstream media, and other maneuvers. In the past days, the protesters have been attacked by right-wing extremist groups, even in the presence of security forces.

On the morning of July 25, different organizations denounced the extremist supporters of the ruling party, guarded by the security forces, for attacking protesters in Pacora with sticks and stones. The organizations condemned the attacks and the complicity of the police. They demanded an end to repression, stressing that dialogue cannot happen in such a situation. They also stated that they would hold the national government responsible for wrongdoings in Pacora.