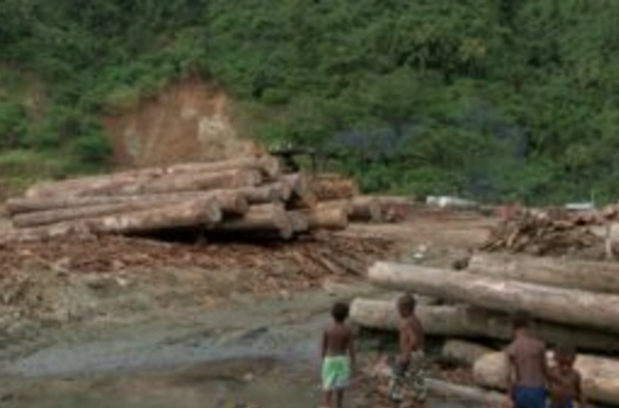 The Panama Papers have helped expose how politicians, criminals and corporations around the world hide their cash and avoid taxes. In Papua New Guinea (PNG), foreign owned logging companies are profiteering, using some of the same tricks.

Recent research by the Oakland Institute revealed that most logging companies operating in the country are not paying corporate tax. This deprives PNG of hundreds of millions of dollars in much needed revenue.

Recovering tax revenue would be certainly welcomed by PNG given the acute budget crisis the country has been facing in recent months, forcing the government to slash spending on vital services, including health and education. Yet, it is unclear whether the government will decide to take action following these revelations. After all, despite the promises made by the Prime Minister, still no action has been taken two and a half years after the damning report on recent land deals, produced by a Commission of Inquiry (CoI), which identified all sorts of malpractices and irregularities and concluded that most leases were illegal.

This inaction illustrates the impunity and the power of foreign logging companies in PNG, while citizens are left powerless. In total, more than one-third of the country is subject to some form of logging company control. As documented in the 2013 Oakland Institute’s report and film, logging activities hide a multilayered tragedy of daylight robbery, whereby local communities are being deprived of their resources and their rights, with the complicity of their own government. Groups such as the Malaysian Rimbunan Hijau have often been accused in the past of connections within the political elite and of involvement in corruption and violence in relation to its logging operations. In a number of occasions, local police forces have been used to intimidate and arrest local landowners opposed to logging and land grabbing by RH subsidiaries.

Yet, now that evidence of tax evasion and financial misreporting has been made public, PNG citizens and civil society organizations are mobilizing. After several actions and communications in recent weeks by civil society groups, a petition was launched this week to call on the PNG Treasurer to launch an immediate investigation into the logging industry and its tax record.

Such an action requires international support, not just to help the people of PNG recover the money evaded by logging firms, but foremost, to end the impunity of the logging barons and put a halt to the plundering of the third-largest rain forest in the world. Please take action now in solidarity with the people of Papua New Guinea!