Washington, DC – The Peace Congress, held in place of the Trump Military Parade, brought together more than 100 people seeking to build a more effective peace and justice movement to end the wars at home and abroad. The Peace Congress celebrated their success in helping to stop the Trump military parade and used the opportunity to hold a general assembly to develop a strategy, goals and next steps for action to strengthen the peace and anti-imperialist movement.

The unifying principles of the Peace Congress are:

Call for Unity Around Protest Of NATO Meeting And Celebration Of Martin Luther King, Jr.

One of the next steps was a call for a unified mobilization around the April 4, 2019 70th Anniversary NATO conference being held in Washington, DC. The Congress called for not only bringing together peace organizations, but also those opposed to racism and oppression and for economic democracy and environmental justice.

April 4 is the anniversary of the assassination of Rev. Dr. Martin Luther King, Jr. by the government in 1968 and his Beyond Vietnam speech given one year before his death. Beyond Vietnam called out the triple evils of militarism, racism and capitalism. The Peace Congress unanimously urged groups to put aside their differences and come together to highlight that message, just as we did to stop the Trump military parade.

The Peace Congress endorsed the calls to action issued by Black Alliance for Peace, the United National Antiwar Coalition (UNAC) the No Foreign Bases Coalition and World Beyond War. These include educational forums, protests the weekend before the NATO meeting, strategic, confrontational, nonviolent protests on April 4 and a peace festival.

The Peace Congress will work to build a movement of movements to provide a strong response to the militarism of NATO and call for the abolition of this military alliance, which has turned into a tool of offensive military actions rather than one of joint defense. 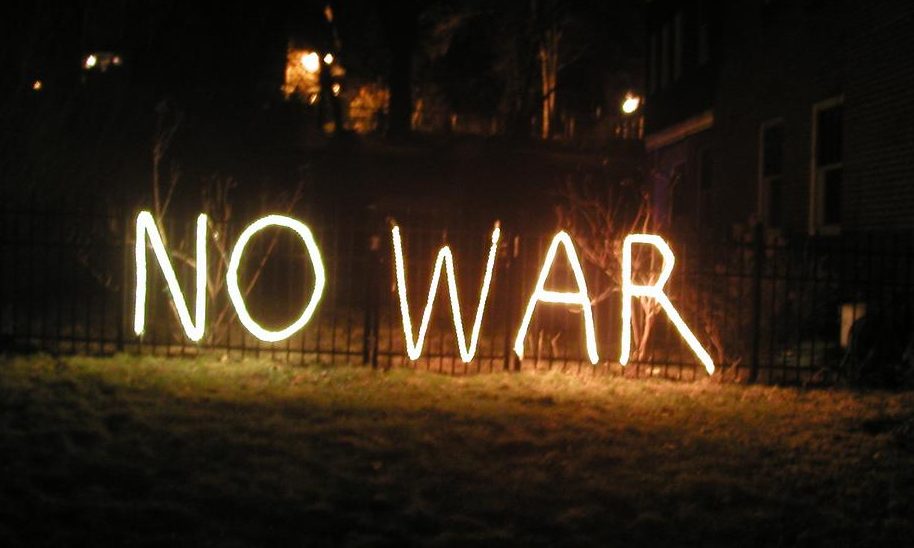 Peace Congress To Hold Regional Meetings In 2019, National Congress in 2020

Among those efforts will be regular webinars educating people on the ways that the wars abroad are connected to the wars at home and regional Peace Congresses throughout the country to strengthen relationships between peace and justice organizations. The Congress also reached consensus on holding a national Peace Congress in 2020. 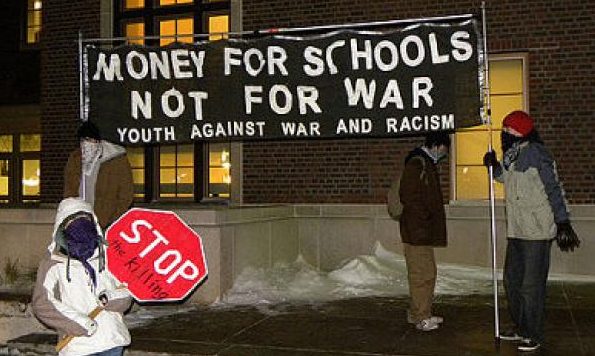 The Peace Congress agreed that we must build a broad movement of movements that represents the multiple issues impacted by militarism. As annual military spending is now more than 60% of discretionary spending, it impacts all aspects of our lives. The budget should serve the essential needs of the civilian population for  health, education, housing, jobs, and income, as well as protect the planet with a transition to a clean energy economy and infrastructure that is more efficient.

In addition to diversity of issues participating in the peace and justice movement, the Peace Congress is going to prioritize the need for racial and age as well as gender diversity. This means empowering youth to be the next generation of leaders and supporting them, particularly when they face oppression as student groups advocating for Palestinian rights are experiencing.

In addition to the Peace Congress, veterans groups and military families led a solemn march through the memorials on the mall. They began near the World War II memorial and went to memorials for the Korean War, Vietnam War and World War I. At each memorial, the group placed a wreath. The march showed opposition to war on a day when many people will visiting memorials commemorating wars on Veterans Day.

Before the march, veterans who served in various wars and military families who have been impacted by war spoke at a rally. They invited allies of these groups who are working for peace to speak as well. Then, the march was led by a single file procession of veterans wearing signs that described the reality of war. There was one person for each of the 20.6 veterans, mostly under 35, who commit suicide each day.

The veterans called for reclaiming the day as Armistice Day, a day to remember the horrors of war and the need for peace.

After the events in DC, some participants went to Philadelphia to join in protests against former President George W. Bush who was receiving an award from former Vice President Joe Biden for his work with veterans. About Face, formerly Iraq Veterans Against the War, organized a protest outside the event, which was joined by other peace activists.

Inside the Liberty Medal ceremony, Stacy Bannerman of Military Family Speaks Out and author of “911 Homefront: How Families of Veterans are Wounded by War” confronted Bush. She returned her Freedom Medal,  which was given to her by President Bush, exclaiming, “President Bush you destroyed millions of lives with your war based on lies, including mine. I have nothing left to lose. You can have your Freedom Medal back.” Bush’s war in Iraq caused Bannerman to lose everything – her husband, her home, her land and her animals.

A weekend that was intended to glorify war with a military parade turned into one where the peace movement took significant steps to build the antiwar movement into a more powerful force that will work to end US wars at home and abroad and transform the nation from a military economy to a civilian economy to serve the needs of the people and protect the planet. There is a lot of work ahead, but together the Peace Congress developed a plan to move forward.