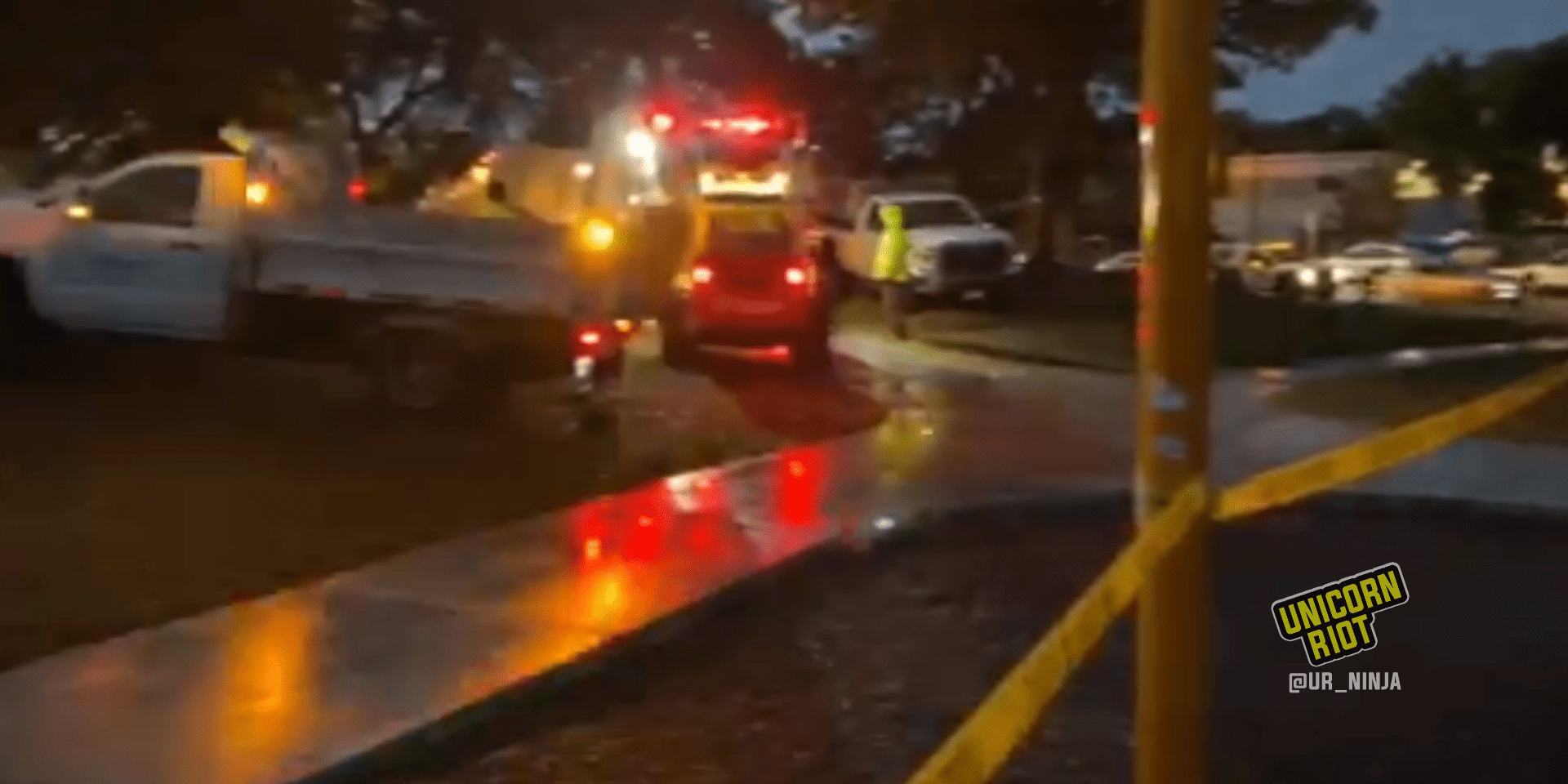 Minneapolis, MN – A long-dreaded eviction of the sanctuary camp at Peavey Park took place today just after 6:00 a.m., an hour before sunrise. Minneapolis Park Police, Minneapolis Police, and sheriff’s officers were all documented as having taken part in this morning’s sweep.

An emergency rally is taking part this evening, Thursday, September 24, in downtown Minneapolis. Demands from the community were released at that time regarding the city’s encampment evictions. Watch the rally live.

The area around Peavey Park was cordoned off with caution tape while the clearing of the park took place.

A social media account for supporters of the unhoused community, Twin Cities Encampment Responders, sent out an alert around 6:20 a.m. that park police were at Peavey. Two bulldozers and five squad cars were observed, as well as what appeared to be a SWAT team.

park police and bulldozers at peavey currently, eviction attempt has began. get to the park asap and call everyone you know!!!! eviction defense and transport both needed!!!!!!!

In under 40 minutes, park police had taken down all tents and evicted the people who had been living there. At least one BIPOC resident was arrested, along with at least two community members who had been supporting the camp. TC Encampment Responders reported a total of five arrests.

#Minneapolis: the sanctuary camp at Peavey Park has reportedly been cleared as of 7:00 a.m. this morning. At least two (2) people were arrested.

By 7:00 a.m., all residents and tents had reportedly been cleared from the area. Now multiple residents must find new shelter. Meanwhile, every week there are more than 30 new diagnosed cases of COVID-19 in the South Minneapolis area where Peavey is located.

Today’s eviction took place the morning after nation-wide protests over the grand jury decision to not indict the Louisville police officers responsible for the fatal shooting of Breonna Taylor, despite the fact that the LMPD’s primary suspect in the case was already in custody. Unicorn Riot covered solidarity protests in St. Paul, MN as well as in Denver, CO.

“Since August 10, we have sought a peaceful disbandment of the camp, as we have disbanded other camps in the park system,” said Minneapolis Parks & Recreation Board (MPRB) Superintendent Al Bangoura about this morning’s violent eviction at Peavey. Efforts to clear the park had been unsuccessful because some residents did not wish to leave, having no better place to go.

Critics of the sanctuary camp clearings say that the MPRB is wielding children’s safety as the reason for the clearings, yet schoolchildren have reportedly been able to play at nearby schools despite the encampments.

Three weeks ago, another sanctuary encampment, also in the Phillips area was cleared by police. That same day the MPRB heard members of the public speak about the ongoing homeless camps around the city. That evening the board reportedly voted to have Peavey cleared, as well as to have all the encampments cleared by sometime in October.

Outside of the MPRB headquarters, Unicorn Riot interviewed Sam Pree-Stinson, a volunteer at Minneapolis’ women and children’s Safe Haven Encampment (SHE), about the ongoing dual crises of homelessness and white supremacy:

As of September 24, the Minneapolis Parks website cites “health and safety concerns” and “cold weather” as the reasons why the MPRB will not extend the encampment permits past “sometime in October.” (archived .pdf)

Advocates for un-housed community members say the MPRB has “criminalized homelessness.” They’ve demanded all evictions be suspended, and that a permit be granted to any encampment “asking for a consideration to exist.“