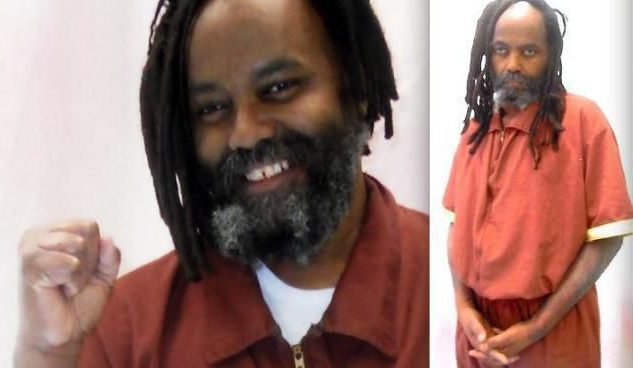 Pennsylvania Will Rule On Mumia’s Case, After Proceeding In Secret

The case is under seal and is proceeding in secret!

Pennsylvania Supreme Court “Justice is being conformable, human and divine; fair, impartial, honest in administering, coordinating and relating with others, no matter what. Not sometimes or most of the time, but at all times be it on trial or appeal.”
—Honorable Common Pleas Court Juddge Leon Tucker (when restoring Mumia Abu-Jamal’s appellate rights, 3-26-19)

“[T]he Commonwealth does not oppose a remand so that the documents may be presented to the PCRA court…. If the Superior Court granted the remand and if the PCRA court determined that an evidentiary hearing was necessary, the District Attorney’s Office plan(s) to present the trial prosecutor, Joseph McGill, Esquire, at that hearing.” —District Attorney of Philadelphia Larry Krrasner

This spring, Mumia Abu-Jamal was back in court with a chance for freedom! The Philadelphia District Attorney Larry Krasner had agreed with defense counsel that Mumia deserved a new evidentiary hearing based on the revelation of long-suppressed exculpatory evidence. The new documents — buried in the DA’s office for 38 years — call into question the entire prosecution case against Mumia Abu-Jamal. Mumia Abu-Jamal’s defense attorney Samuel Spital NAACP LDF and Judith Ritter, Esq. and the Philadelphia DA’s office has agreed that a remand to hear the new evidence is necessary. This request is pending on appeal before a Superior Court panel. And if successful will be remanded to the Common Pleas Court of Philadelphia.

Did Assistant District Attorney Joseph McGill actually promise to pay key eyewitness Robert Chobert in cash for his testimony? In a note found in the new files, Chobert demands “his money” from Joe McGill.

Did the prosecution track the race of jurors?

The newly released files include a list of potential jurors with notes in the margin indicating the jurors’ race. The DA’s office has a notorious history of racial bias in jury selection, one only need to look at the “Jack McMahon training tapes.”  See Aug. 19, 2020, Philadelphia Voice & John Oliver’s Aug. 2020 news report.  These notes when discussed under oath in court may prove what Mumia’s defense has been arguing for 38 years: that the prosecution was racially biased when it struck Black jurors from the case, violating constitutional law under Supreme Court case Batson v Kentucky.

This train was headed towards freedom!

“We know that with Larry Krasner as DA we cannot prevent Mumia’s release from prison. We are just trying to keep him in prison as long as possible” —Maureen Faulkner, 4-23-19

But the Fraternal Order of Police (FOP) Lodge Five — Philadelphia’s chapter — saw it too. That’s why they backed an extraordinary petition by Maureen Faulkner and her attorney George Bochetto asking the Pennsylvania Supreme Court to kick anti-corruption DA Larry Krasner off the case. Because Krasner upheld his oath to turn over exculpatory buried evidence, the FOP wants him gone.

In April 2020, the Pennsylvania Supreme Court reached down from on high and suspended the criminal case. Just stopped it cold. They granted consideration of the Faulkner/Bochetto/ FOP-backed Kings Bench extraordinary relief petition. And folks—the process is all under seal. The “special master’s report” and the depositions are all being conducted in secret. (Ironically, the seal was at Krasner’s request, and was opposed by Bochetto.)

We have to pull back the curtain and look at who is being protected by whom. Larry Krasner ran for Philly D.A. on an anti-corruption platform and was elected by a 74% popular landslide. If the FOP manages to get him kicked off the case, it will be a blow not just to Mumia but to the people of Philadelphia’s clear desire to investigate years of illegal conduct by its police officers, former prosecutors, and judges.

The ruling from the Pennsylvania Supreme Court on the King’s Bench petition could come down at any time. Join our email listserve for breaking news reports.

Whether the petition is granted or not — whether the prosecution is led by Krasner or Josh Shapiro from the Pennsylvania Attorney General’s office — the new evidentiary hearing and the new trial will not be a cakewalk. Krasner upheld his oath by releasing suppressed evidence, but he’s still fighting to uphold all of Philly’s old corrupt convictions. It’s likely the documents Krasner asked the Supreme Court to put under seal are a pledge that he will work to maintain Mumia’s conviction.