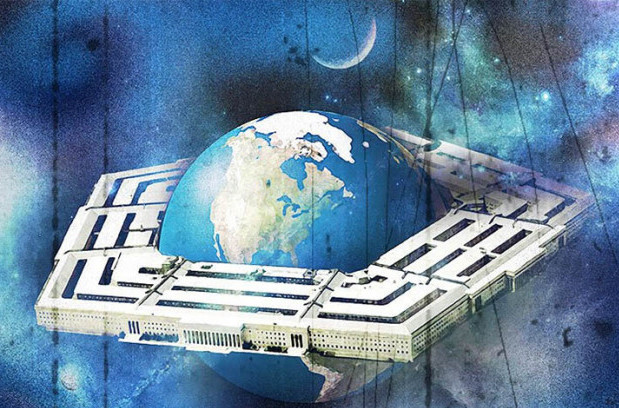 Proposals To Arm Ukraine Against Russia In New Provocation

As the Syrian military moves farther east and clinches yet more territory from America’s terrorists, the United States establishment is now moving to escalate its provocations in another part of the world – Ukraine. Of course, despite the fact that Russia has launched a massive military operation to protect its strategic interests in Syria, the U.S. terror establishment is attempting to provide more arms and equipment to fascists in Ukraine in a clear effort to push NATO literally up to the Russian border.

It is currently being reported by numerous corporate outlets such as The New York Times that both the Pentagon and the State Department are proposing a plan to the White House that would see the U.S. supply Ukraine with anti-tank missiles and other arms. The transfer would also include antiaircraft systems described as “defensive weaponry.”

Fighting between Ukrainian fascist forces allied with Ukraine proper and pro-Russian separatists in the Donbass region has escalated in recent days and the proposal comes amidst an atmosphere of tension between the U.S. and Russia, itself being escalated by a monstrous and telling sanctions bill passed by Congress and an order by Putin to reduce diplomatic staff with the United States as a response.

As of yet, no decisions have been made by the White House but plans have been submitted by both the State Department and the Pentagon. The New York Times, citing an unnamed Defense Department official said it was not clear whether or not Trump had even been briefed about the proposal.

While any sane individual would oppose such a proposal (even Obama refused to send in a similar type of weaponry being proposed today, instead opting for “nonlethal” aid), the American Deep State and the U.S. Congress have become virtually united in insanity, bringing along a sizeable portion of the American public along with them. Donald Trump is a known wildcard but, as his Tomahawk missile launch against Syria demonstrated, his wildcard behavior very easily translates to provocations that could result in a thermonuclear third world war.

Having failed to get only a moderate escalation in the Ukrainian theatre of provocation, the same Deep State elements are now attempting to restart the issue with Trump.

Reasonable people across the world can agree that any decision to further arm Ukrainian fascists in order to provoke Russia and push NATO even closer to the Russian border is not only a bad idea, it is potentially catastrophic. We should urge the President to roundly reject such insanity.