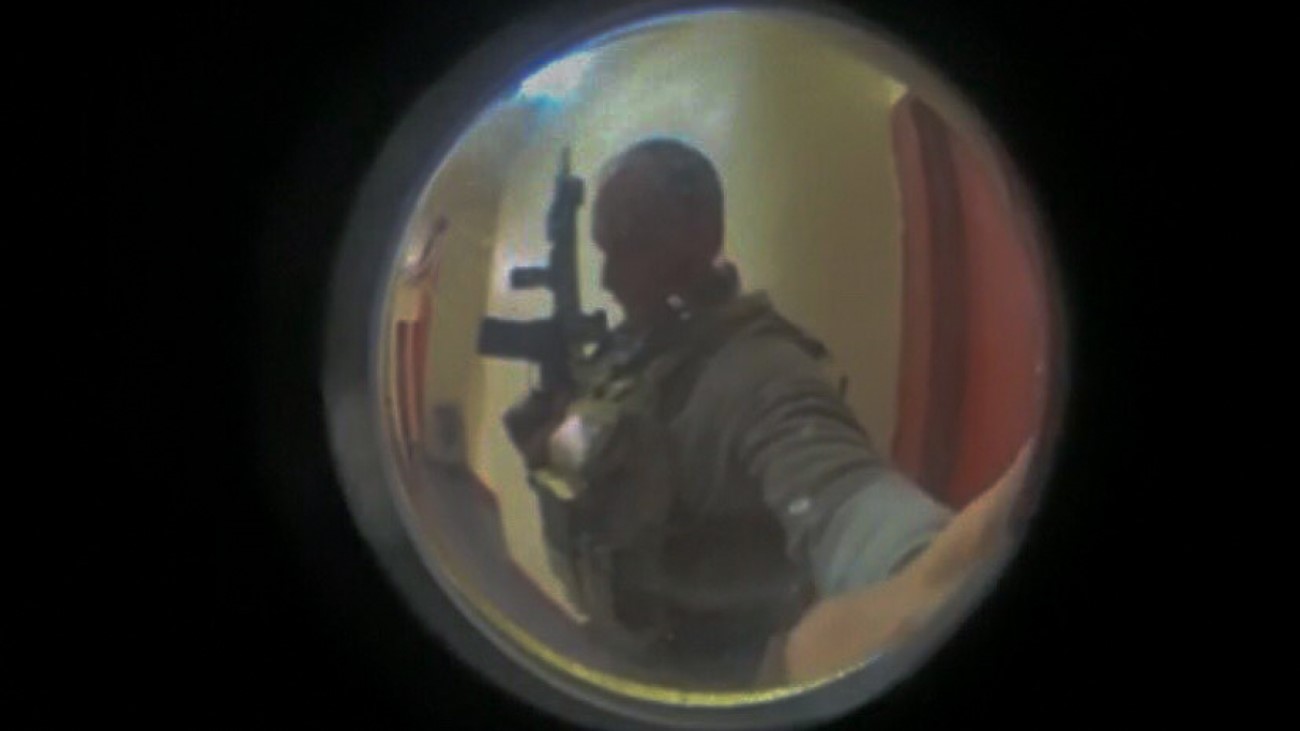 Above Photo: From Mintpressnews.com

Operation Palladium has begun. Hundreds of agents from Immigration and Customs Enforcement (ICE) have entered New York and other sanctuary cities in a fresh attempt to round up undocumented immigrants. The directive, according to officials, is simple: arrest as many undocumented immigrants as possible and “flood the streets” with officers. Beginning a 24/7 surveillance and detention program, ICE leadership has requested over 500 special agents who normally work fighting trafficking and organized crime to bolster the agency’s numbers. This follows an earlier decision to deploy immigration SWAT teams to round up undocumented immigrants in sanctuary cities.

“I have gotten frantic texts from people that they are spotting ICE in their New York City buildings knocking on doors. They are terrified. This is happening TODAY. RIGHT NOW. People [are] being hunted down,” said journalist Maria Hinojosa.

This was taken through a peephole in the Bronx yesterday and just released by advocates and a councilman. 1/3 pic.twitter.com/7s9kBTIWF2

New York Times reporter Annie Correal shared a viral image taken through the peephole of a Bronx apartment showing an ICE agent brandishing an assault weapon, demanding to enter. Correal claims that the officers were going door to door, threatening to force their way in and residents said that they did not present a warrant, both breaches of the law.

Without a warrant signed by a judge, ICE agents are unable to force their way into a home. They are therefore staking out targets and detaining them in public. In San Francisco, agents arrested a man on the steps of the Hall of Justice as he appeared for a court hearing on Tuesday, something Public Defender Mano Raju noted was explicitly against California law. The city’s District Attorney Chesa Boudin condemned the act; “ICE actions in or near our courthouses deters people from accessing our justice system, making us all less safe,” he said. The incident was caught on camera.

#BREAKING 🚨: Franklin Urutia-Cordon was detained during a lunch break in Northampton County, PA, after a judge ordered the courthouse to close & asked everyone to step outside where ICE was waiting to arrest him. We want answers & we want Franklin back w/ his fam! #AbolishICE pic.twitter.com/hSmcpNOzF0

Operation Palladium is the latest battle in the war between the hardline Trump administration and sanctuary cities across the country that limit cooperation with federal immigration authorities in order to protect low-priority immigrants from deportation, while still turning over those who have committed serious crimes. The operation is currently active in many large cities throughout the nation, including Atlanta, Boston, Chicago, Los Angeles, New Orleans and Newark. Trump has withheld federal funds from those cities and has filed lawsuits against state and local governments in California, New Jersey and Washington State over their refusal to cooperate. An ICE official told the New York Times that the operation has been designed to take place in spurts in different locations in order to avoid negative media coverage.

ICE has stepped up their aggressive actions of late, often behaving recklessly. Last month they shot a Mexican tourist in the face. Erick Díaz-Cruz was visiting his mother in New York City when the incident happened. And earlier this week The Intercept reported that the ICE New York office has been rigging an algorithm so it suggests keeping all arrestees in detention.

Brooklyn Defender Services and the American Civil Liberties Union joined forces on a campaign called “We Have Rights.” It aims to educate undocumented immigrants on what to do if they encounter ICE. They advise to not open your door, instead remaining calm and polite. They suggest asking officers to slip their identification documents and a signed warrant under the door. Without a warrant signed by a judge, it is illegal for ICE to search or enter a home. They note that it is common for ICE to lie and advise you to inspect any documents carefully and take pictures of them. They also recommend saying nothing to them except “‘I do not consent for you to enter my home,” “I do not want to talk to you without a lawyer present,” and  “please leave.” After an encounter with ICE, it is also suggested that you take detailed notes about the event. If a loved one is arrested, details can usually be found at www.locator.ice.gov.

This was taken through a peephole in the Bronx yesterday and just released by advocates and a councilman. 1/3 pic.twitter.com/7s9kBTIWF2

ICE is a contentious and partisan issue in American politics, and is the least popular government agency, according to a Pew survey. While Trump ran and won on a campaign of building a wall and demonizing undocumented immigrants, and around three-quarters of Republicans hold a positive view of ICE, a plurality of Democrats support abolishing the agency altogether. Like many issues, young people are far more progressive than the elderly, with more voters under 30 supporting getting rid of it than keeping it, but over two-thirds of retirees advocate the agency’s continuing existence.