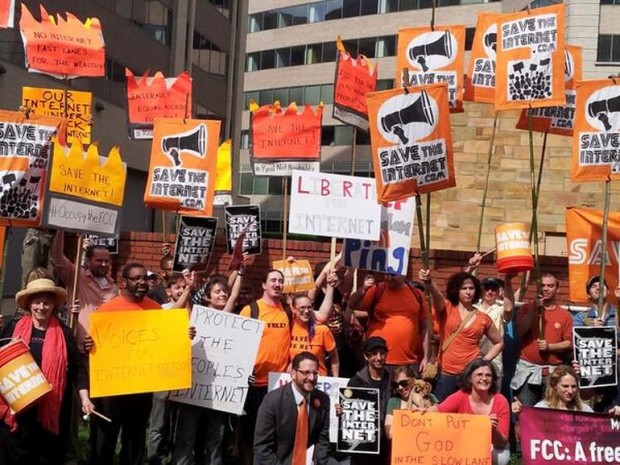 Above: People rally for Net Neutrality and classifying the Internet as a common carrier on May 15, 2014 at the Federal Communications Commission.

Somehow, Activists Have Put Protecting Net Neutrality Back on the Agenda

A principle that seemed all but dead is making a comeback