Above Photo: REUTERS. Pro-Beijing demonstrators are separated from supporters of the Hong Kong protestors in London

Note: Protests related to Hong Kong are spreading around the globe. They include protests in support of China, as well as in support of Hong Kong, sometimes squaring off. Sara Flounders writes “The last time there were BIG instantaneous demonstrations in defense of China was in 1999, 20 years ago, when the U.S. bombed the Chinese Embassy in Belgrade during the US/NATO bombing of Yugoslavia.”

In Canada, demonstrators from both camps square off in front of a metro station in the western city of Vancouver, home to a large Chinese community, with the crowds separated by police. The Vancouver Sun reports that hundreds of people, some in black and others in red, lined up on either side of the entrance to the Broadway-City Hall Canada Line station, chanting slogans and waving flags and signs.

There were competing rallies between pro-Hong Kong and pro-China demonstrators took over the entrance to a Vancouver SkyTrain station Saturday afternoon as police tried to keep a path clear for pedestrians.

There were also protests in Toronto where Hong Kong pro-democracy protesters and pro-China demonstrators clashed in downtown Toronto on Saturday as similar rallies take place around the world. Albert Delitala has the story. Nearly an even number of pro-China counter-protesters showed up at the event, leading to shouting and heated exchanges between the two sides.

In Australia, hundreds of supporters of pro-China groups in Sydney rallied against Hong Kong’s pro-democracy protests, calling for a “peaceful resolution” to ongoing unrest. SBS News reports, “Hundreds of people have gathered in Sydney at a pro-China rally, condemning violence stemming from pro-democracy protests in Hong Kong. Videos posted online show swathes of people descending on the city’s Town Hall, many chanting ‘one China’, ‘stop the violence in Hong Kong’ and singing the Chinese national anthem.” 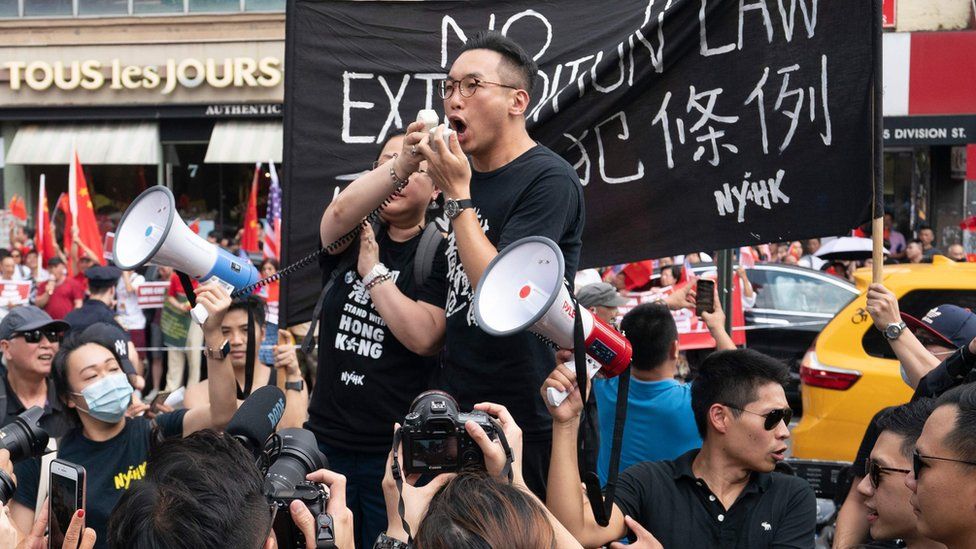 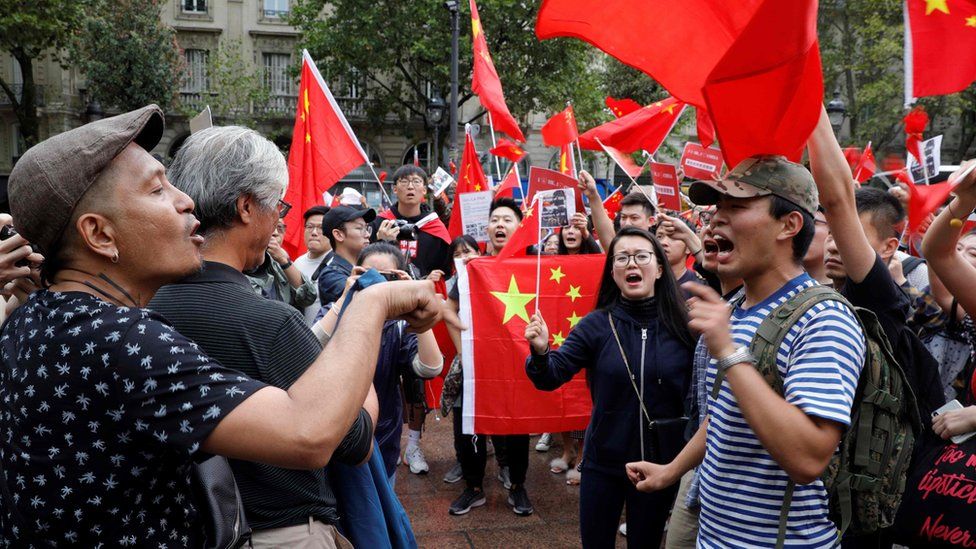 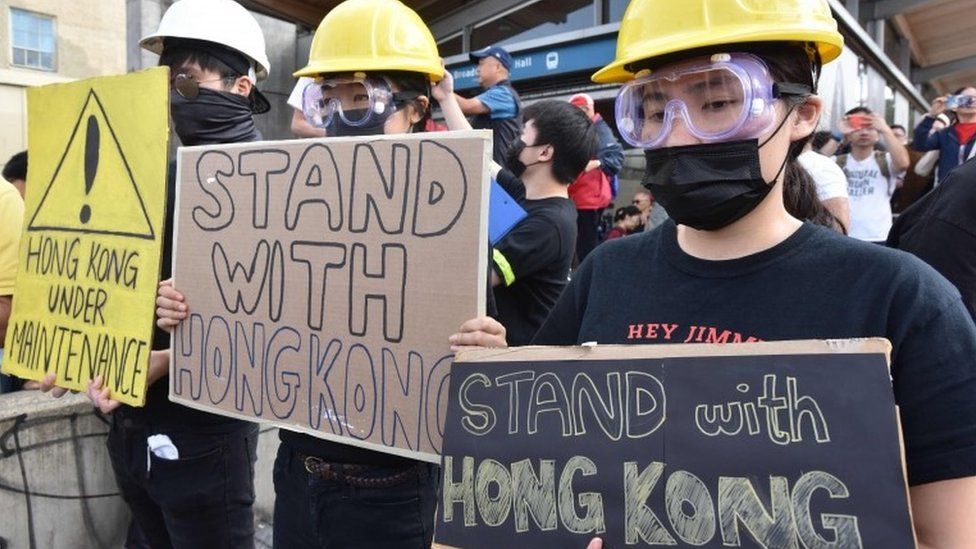 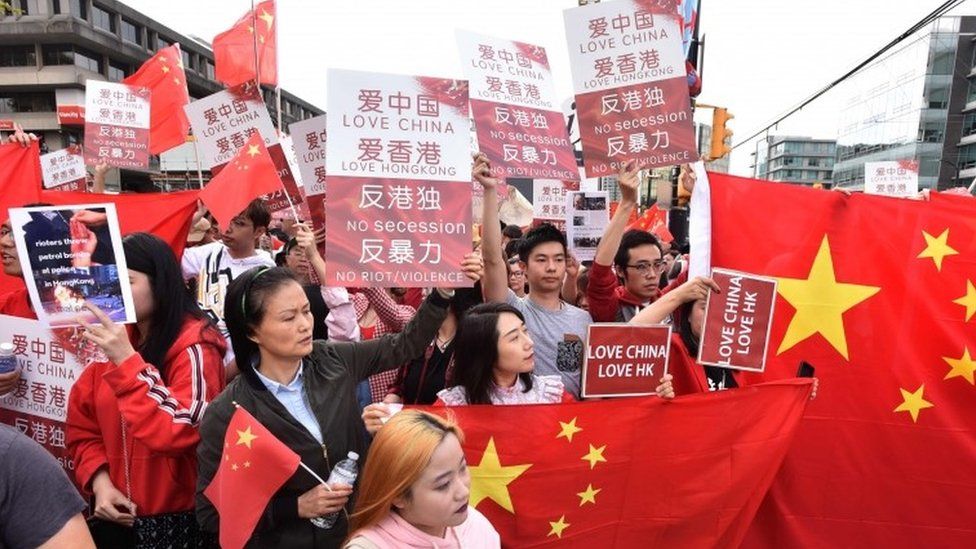 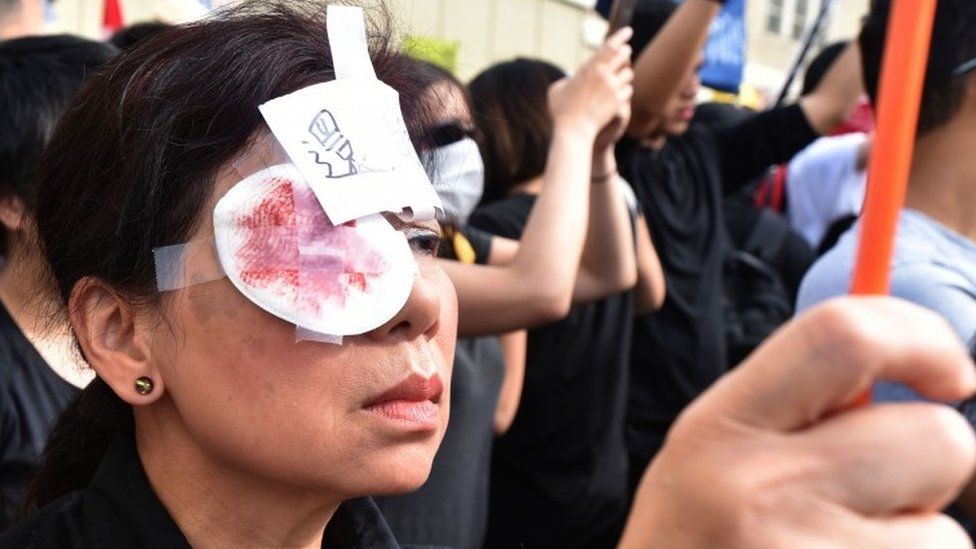 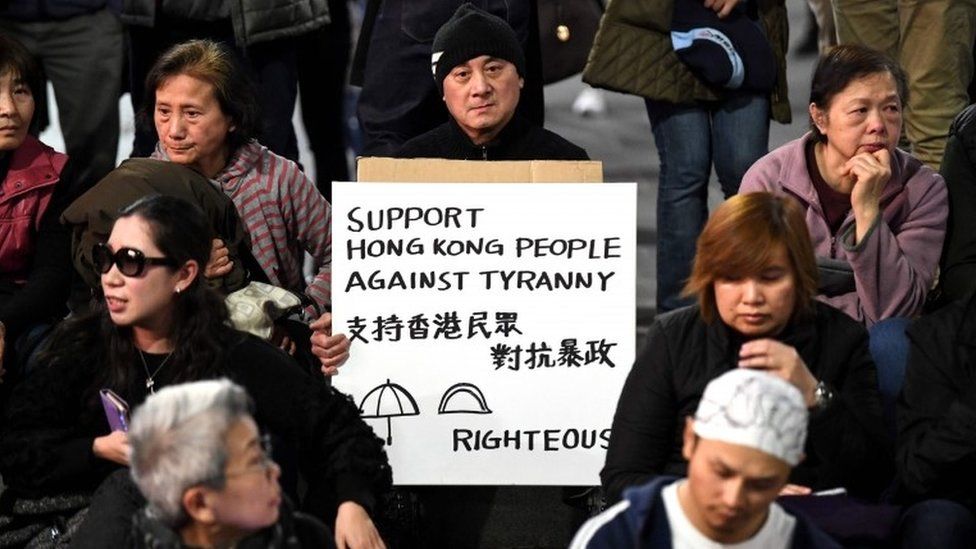 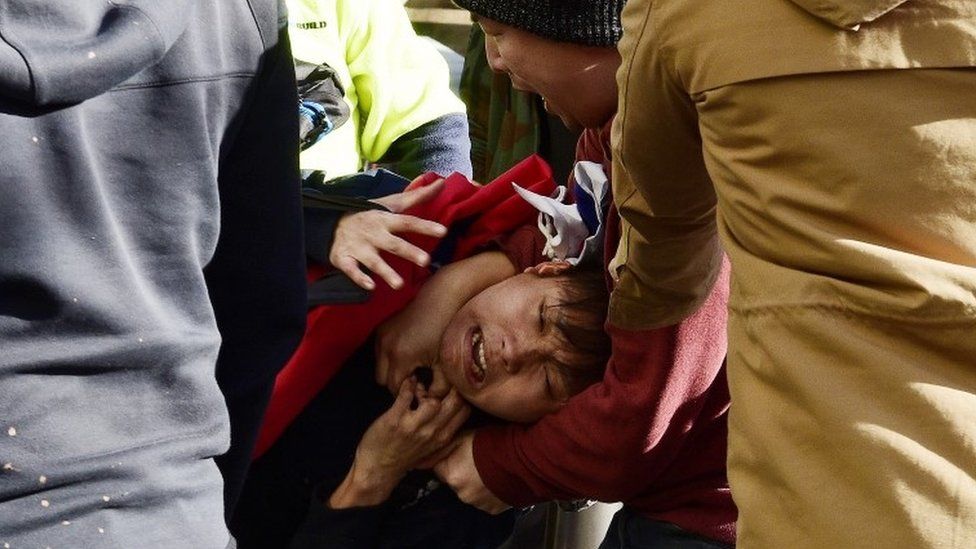 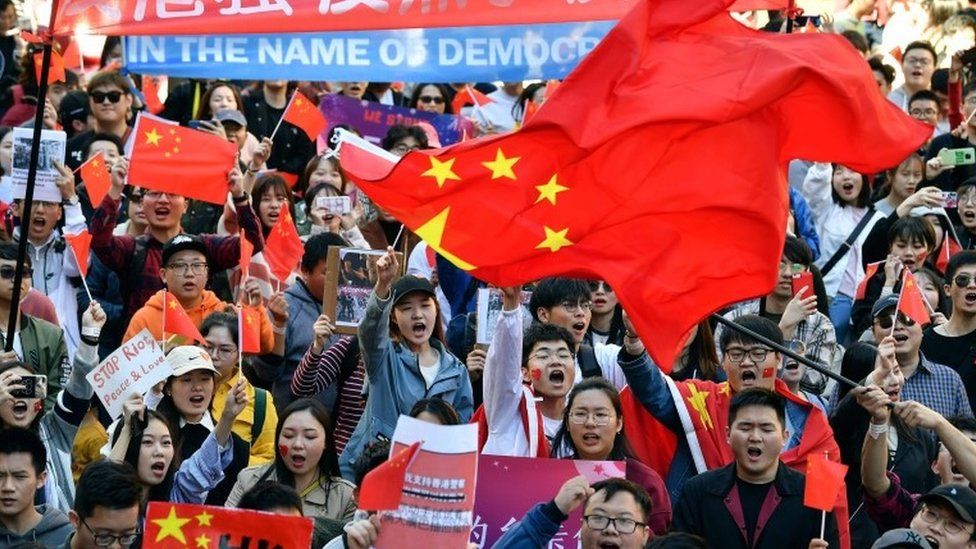 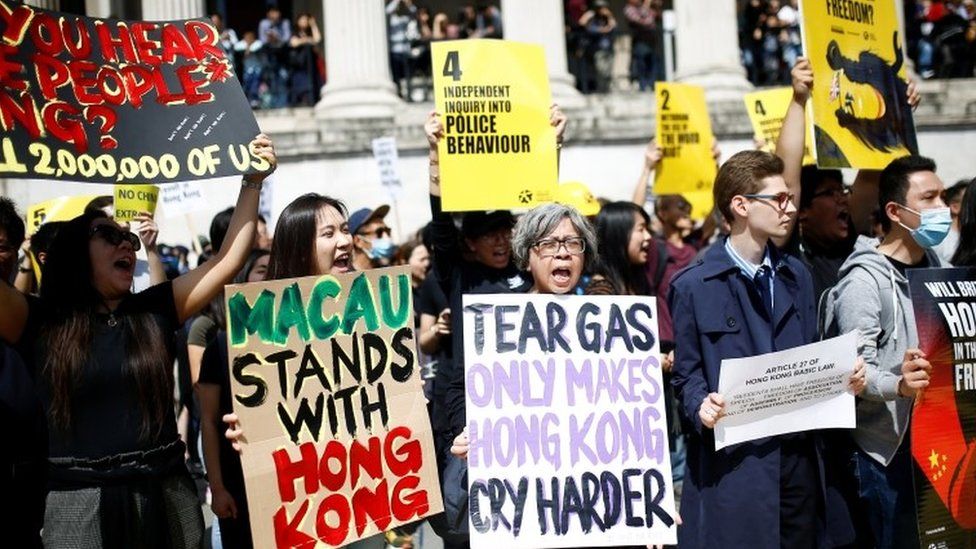 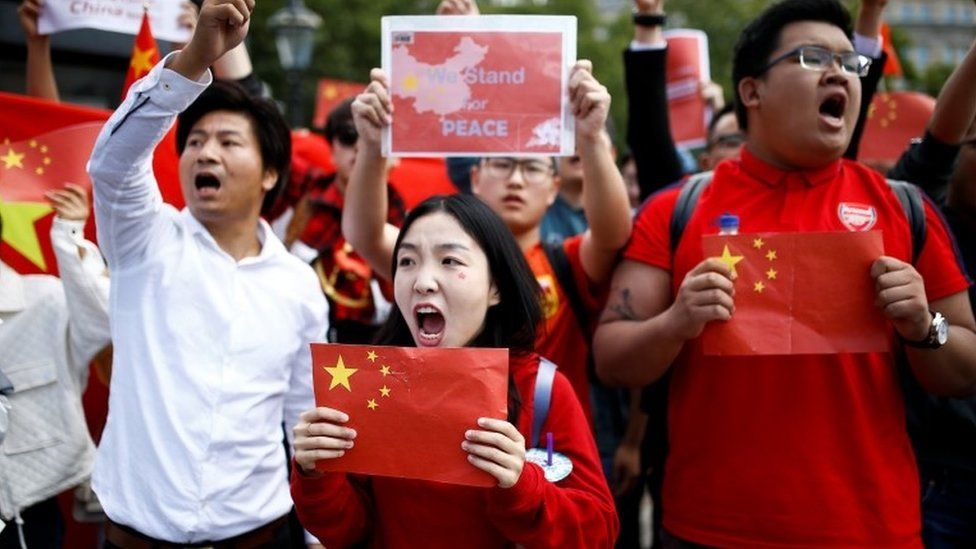