By Silvia Swinden, Pressenza.com
November 2, 2019
| Resist!
People Taking To The Streets In All Continents Demanding A Humanised System2019-11-022019-11-02https://popularresistance-uploads.s3.amazonaws.com/uploads/2017/12/popres-shorter.pngPopularResistance.Orghttps://popularresistance-uploads.s3.amazonaws.com/uploads/2019/11/xsgo7-720x382.jpg.pagespeed.ic_.wjm88tndhd.jpg200px200px

We are witnessing a moment of widespread social mobilisation in many cities around the world that seems to be gathering pace as the numbers swell and the demands become clearer, even if they begin with a very particular response to a specific act of government (increases in fuel or transport fares, corruption, authoritarianism) soon they include the whole system of oppression and dehumanisation, years of austerity for the poor and concentration of wealth for the rich, wars, violence in all its forms, it all becomes a deep clamour: this system has to change.

Perhaps international communications and awareness of common issues, in particular amongst young people, have been enhanced by the actions of environmental groups like Greta’s Fridays for the Future and Extinction Rebellion and, less visible in the media but equally important in terms of the risks shared by all humanity, by the coordinated work of the antinuclear activists the world over intent of achieving a ban of nuclear weapons via the ratification of the Treaty on the Prohibition of Nuclear Weapons.

Perhaps the simultaneous quality of the protests is simply evidence that people have reached the breaking point and can no longer tolerate the violence, the discrimination, the oppression, the competition, the lack of solidarity, and we may understand it as a response to the cruelty of neoliberal capitalism.

Perhaps the rise of the deranged autocrats and fascists, taking over governments, betraying their allies, leading a genocide of immigrants, have brought echos of the pre-WW2 state of affaires.

Or, perhaps, a new sensibility, a new spirit, a new inspiration and a new humanism is growing in the hearts of the peoples, who begin to see beyond the rebellion, beyond the protests, and beyond their individual lives, dreaming, glimpsing, just making out how the world could be different, compassionate, fair, safe for everyone, nonviolent, meaningful, full of joy and solidarity.

Most likely all of the above, and many other subtle factors that will be showing themselves in the process.

Some snippets from around the world

Four million people were yesterday in the streets of Santiago and other cities demanding changes to the draconian neoliberal regime of President Piñera. The spark was an increase in the price of the Metro fares to which students responded vigorously but the rest of the population followed to include issues of health, education, pensions, etc in the biggest demonstrations ever seen by the country.

Anti government protesters have been demanding changes for several months, denouncing corruption and the abject poverty imposed on the population.

There have been massive demonstrations against the lengthy prison sentences imposed by the Spanish Courts on members of the Catalonian government after they conducted a referendum on Catalonia’s independence.

The Gilets Jaunes have been in the streets of many French cities for months, initially protesting an increase in the price of fuel but widening the remit to include other social problems and demanding changes in the system.

More than a million people went to the streets to protest against the way the government is conducting the Brexit process and demanding a Popular Vote, a final say on whether the UK actually leaves the EU and under what conditions.

Initially sparked by a ruling that would allow offenders to be sent to China’s mainland Courts to be tried (now withdrawn by the Hong Kong officials), the movement has maintained a constant presence in the streets for several months, adding other demands, in particular a move towards full democracy.

The “Revolution of Smiles” have seen people in the streets for several months which led to the fall of the previous corrupt regime and ongoing negotiations with a not very cooperative military for a new government that responds to the needs of the population.

Country-wide, non-sectarian protests are taking place in response to the government’s planned taxes on gasoline, tobacco and online phone calls such as through Whatsapp.

IMF-led increases in transport fares and neoliberal austerity by President Lenin Moreno brought about massive demonstrations and the participation of the indigenous population. In spite of the apparent climb down by the government serious problems still exist and the population remain on high alert.

Social protests began in 2017 denouncing economic measures, water shortages and violent repression by the regime but the problems continue as the measures introduced by the King have compounded the existing problems.

Protests against President el- Sisi’s government have been taking place in several Egyptian major cities, but they have been met with a strong police response and Human Rights violations according to Amnesty International and other organisations.

The list goes on. Iran’s retirees, US teachers, Sudan’s toppling of al Bashir’s corrupt government, the Czech Republic massive demonstrations against corruption, Iraq’s antigovernment protests and so on. 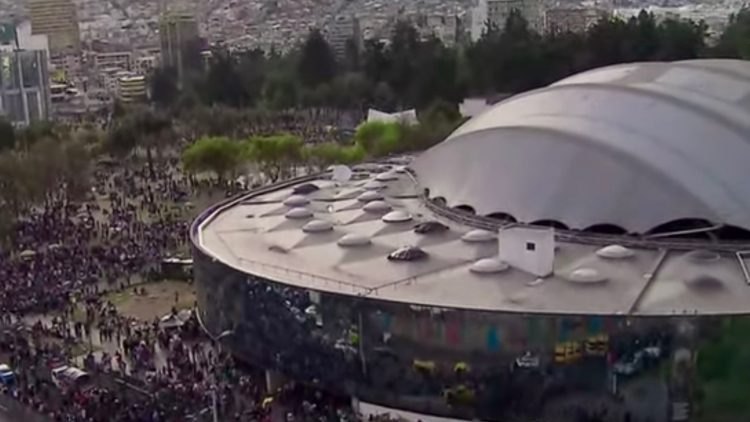 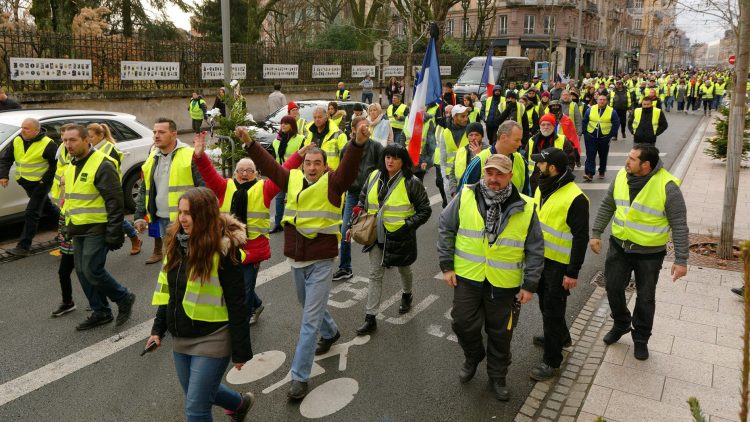