People Want To Donate Diapers And Toys To Children At Border Patrol Facilities In Texas. They’re Being Turned Away.

Above Photo: From left: Meagan O’Toole-Pitts, Ashley Cortez, Oliver Cortez, and his father, Mark Cortez, attempt to drop off diapers and toys for detained children at the immigration detention center in Clint.  Courtesy of Armando Martinez Photography

A Border Patrol official told a state lawmaker that the agency doesn’t accept donations for facilities where children are reportedly being held in substandard conditions.

*Editor’s note: This story was updated Tuesday to include information from a former U.S. Customs and Border Protection advisor about why the agency isn’t accepting donations.

On Sunday, Austin Savage and five of his friends huddled into an SUV and went to an El Paso Target, loading up on diapers, wipes, soaps and toys.

About $340 later, the group headed to a Border Patrol facility holding migrant children in nearby Clint with the goal of donating their goods. Savage said he and his friends had read an article from The New York Times detailing chaos, sickness and filth in the overcrowded facility, and they wanted to help.

But when they arrived, they found that the lobby was closed. The few Border Patrol agents — Savage said there were between eight and 10 of them — moving in and out of a parking facility ignored them.

For a while, the group stood there dumbfounded about what to do next. Ultimately, they decided to pack up and head home. Savage said he wasn’t completely surprised by the rejection; before he left, the group spotted a discarded plastic bag near the lobby door holding toothpaste and soap that had a note attached to it: “I heard y’all need soap + toothpaste for kids.” 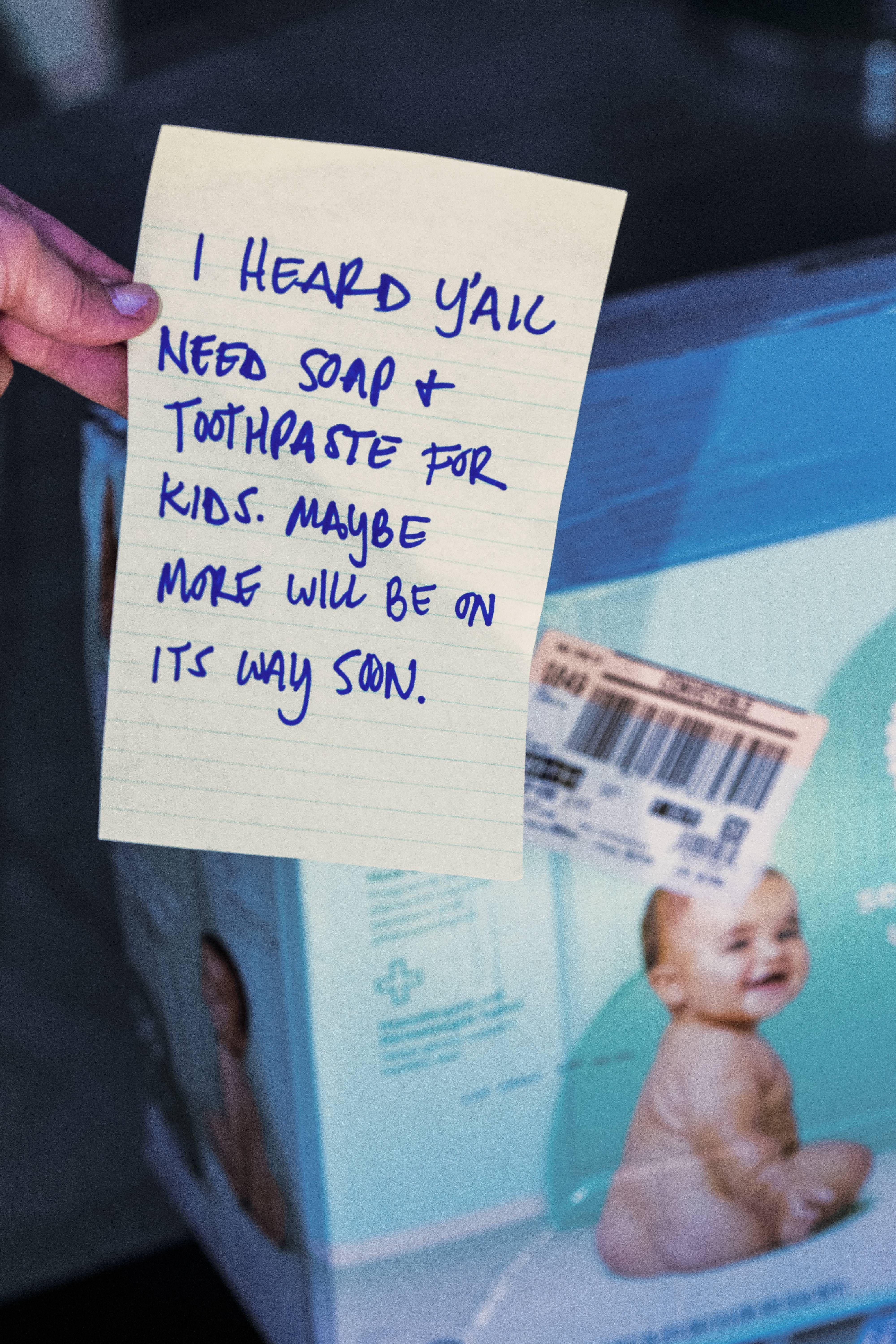 “A good friend of mine is an immigration attorney, and he warned us that we were going to get rejected,” Savage said. “We were aware of that, but it’s just the idea of doing something as opposed to passively allowing this to occur.”

Border Patrol facilities are only supposed to hold detained migrants for a short period of time, until they are processed. But an influx of migrants along the southwest border has stretched facilities in places like Clint and McAllen beyond capacity, leading to what people who have visited them have called unsafe and unsanitary conditions.

A slew of other sympathetic people, advocacy groups and lawmakers on both sides of the political aisle have expressed a desire to lend a hand to the kids housed in the facilities. But after purchasing items like toys, soap, toothbrushes, diapers and medicine — especially as news reports circulate of facilities having drinking water that tastes like bleach and sick children without enough clothing — they’ve been met with a common message: No donations are being accepted.

“It makes me feel powerless knowing there’s children taking care of toddlers and little kids,” said Gabriel Acuña, who grew up in Clint and attempted to visit the facility in his hometown Sunday morning. “Knowing what’s happening in your community and that you can’t give these kids supplies to clean or clothe themselves — it’s heartbreaking.

The substandard living conditions have been described in great detail over the past few weeks. Last week, an attorney for the U.S. Department of Justice argued in court that the government shouldn’t be required to give migrant children inside Border Patrol detention facilities toothbrushes, soap, towels or showers.

Most have assigned blame for the substandard living conditions to federal officials who are unsure of how to handle the influx of migrants arriving at the U.S.-Mexico border. The surge has also overwhelmed facilities and led to serious health and safety risks for those sheltered in them. Some kids and teens have spent nearly a month without adequate food or water. Nearly a dozen others in a McAllen facility were sick with the flu.

Democratic state Rep. Terry Canales of Edinburg tweeted this weekend that he wrote to Border Patrol asking for a list of acceptable items to donate. He said officials told his office by email they do not accept donations.

“The whole situation is disgusting, but I’m always hopeful that the better part of us as human beings will shine through,” said Canales, whose district neighbors the McAllen facility. “Those children feel like the world has given up on them, and we have to fight for them.”

An official with Border Patrol did not respond to a request for comment, but Theresa Brown, a former policy advisor for U.S. Customs and Border Protections, said there’s a legal reason why Border Patrol and other government agencies aren’t accepting donations from do-gooders.

Under the Antideficiency Act, the government can’t spend any money or accept any donations other than what Congress has allocated to it. The theory behind not accepting donations, Brown said, is so that the government isn’t beholden to private-sector entities for what should be appropriated government actions.

“It’s partially a constitutional thing about Congress controlling the purse and only being able to spend money that Congress gives, but it’s also about ethics,” she said. “Without a change in law, DHS, CPB and Border Patrol cannot accept those private donations.”

But despite getting their donation requests denied, some sympathetic Texans are remaining persistent.

Canales said he had a conference call Monday morning with Rodolfo Karisch, U.S. Border Patrol’s Rio Grande Valley sector chief, and had a “short but productive conversation” about the living conditions for kids being held in processing facilities.

“These kids are being underserved, and they’re not getting what they need,” Canales said. “We discussed diapers, hygiene products, and I pressed upon him that from a PR perspective that it looks terrible we’re not meeting their needs and they’re not accepting donations from the public.

“He, to some extent, agreed with me and said he would get back with me and see how we can collaborate,” he said. “So the lines of communication are open.”

Acuña, who attempted to donate bars of soap, toothbrushes and toothpaste from a local Dollar Tree this weekend, said a lot of people have reached out to him after he publicized his encounter at the Clint facility. He said he is working to get in contact with town leadership to come up with a plan of action moving forward.

“If the government isn’t going to do anything, then let the community help and do something for these kids,” Acuña said.

Savage, meanwhile, plans to visit the same Clint facility Monday with the same diapers, wipes, soaps and toys. He’s going with low expectations — especially since a number of kids have been moved from the facility after reports of poor living conditions.

“We imagine they will reject it,” he said.

If they do, he plans to turn to local organizations, such as the Annunciation House, that are housing families that Immigration and Customs Enforcement detained and separated on the El Paso-Juarez border. (Click here to see how you can help children detained along the border).

“In an ideal world, the facility would accept it, so we’re going to ask with all sincerity that they do,” Savage said. “Hopefully they say yes, but we want to show that these are not circumstances preventing these children from being taken care of, but a policy.

“Even if we get rejected,” he said, “at least we made the effort.” 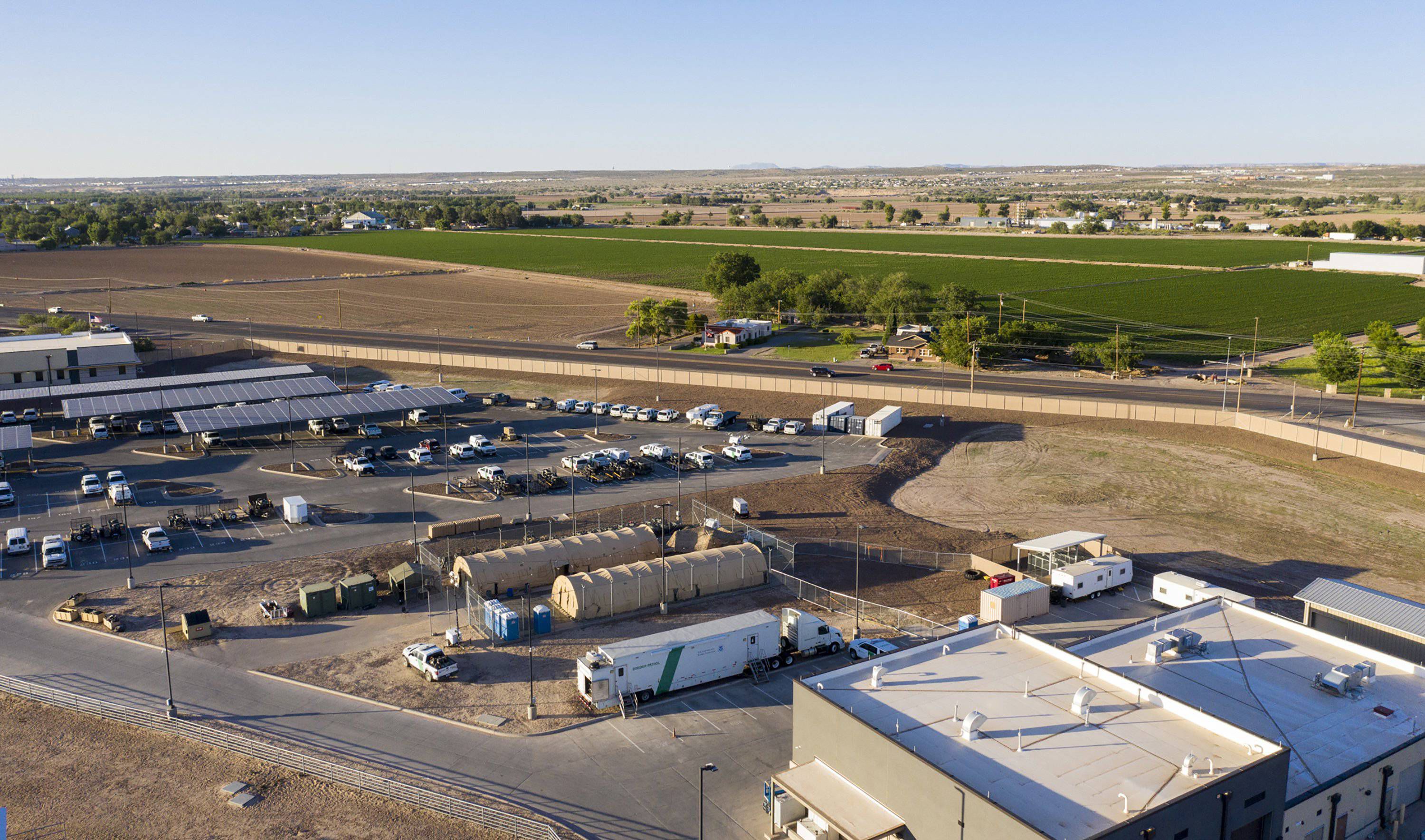 A Border Patrol substation in Clint where young migrant children were being held.  Ivan Pierre Aguirre