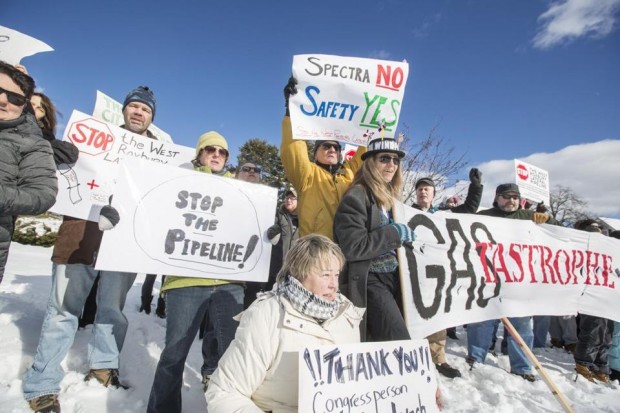 Environmental groups filed a groundbreaking legal petition with the U.S. Department of Commerce today seeking an immediate ban on natural gas exports from the United States, which have seen a dramatic surge on the heels of a fracking boom around the country.

The U.S. Energy Policy and Conservation Act was passed by Congress in 1975 to conserve domestic energy supplies, specifically natural gas and crude oil, by prohibiting the export of both unless specifically covered by an allowable exemption. Although the Department of Commerce has instituted such a ban on crude oil, it has failed to address natural gas exports despite an exponential increase in such exports over the past decade.

“The time is now to end the environmental and economic disaster of natural gas exports,” said Bill Snape, senior counsel at the Center for Biological Diversity and primary author of the petition. “Exporting natural gas worsens global warming, harms local communities, raises domestic energy prices and benefits only multinational fossil fuel corporations. If the Obama administration’s really serious about addressing the climate crisis, it has to rein in the gluttonous natural gas industry.”

Most natural gas exports from the United States are in the form of liquefied natural gas — LNG — which is usually easier to transport but entails its own hazards and requires significant energy use. Since the late 1990s, natural gas exports have increased by roughly 1,000 percent, from 163,415 million cubic feet in 1999 to the most recent high of 1,618,828 million cubic feet in 2012. Almost all of this natural gas has been extracted utilizing new hydraulic fracturing technologies that are causing environmental and public health problems throughout the country.

“With scientists demanding that we keep fossil fuels in the ground to avert climate disaster, fracking more natural gas puts corporate profits above the American people,” said Ben Schreiber, climate and energy program director at Friends of the Earth. “The Obama administration needs to comply with the law and not export a fuel that has higher carbon emissions than coal.”

“Federally approved exports of fracked gas will be a part of President Obama’s climate legacy, unless he does something to stop it,” said Kyle Ash, senior legislative representative at Greenpeace. “The president cannot expect us to be satisfied with his actions to reduce climate pollution while he lends a hand to expanding markets for coal, oil and gas.”

“The primary purpose of allowing natural gas exports is to boost the profits of domestic frackers who want to raise gas prices at the expense of the rest of us,” said Tyson Slocum, director of Public Citizen’s energy program. “Natural gas exports are bad for the American landscape and bad for American consumers.”

“If the Department of Commerce does not expeditiously move to end these illegal natural gas exports, we’ll go to court to make sure this law is enforced,” Snape said. “This petition is an opportunity for the Obama administration to do the right thing and stop the severe damage done by natural gas exports.”