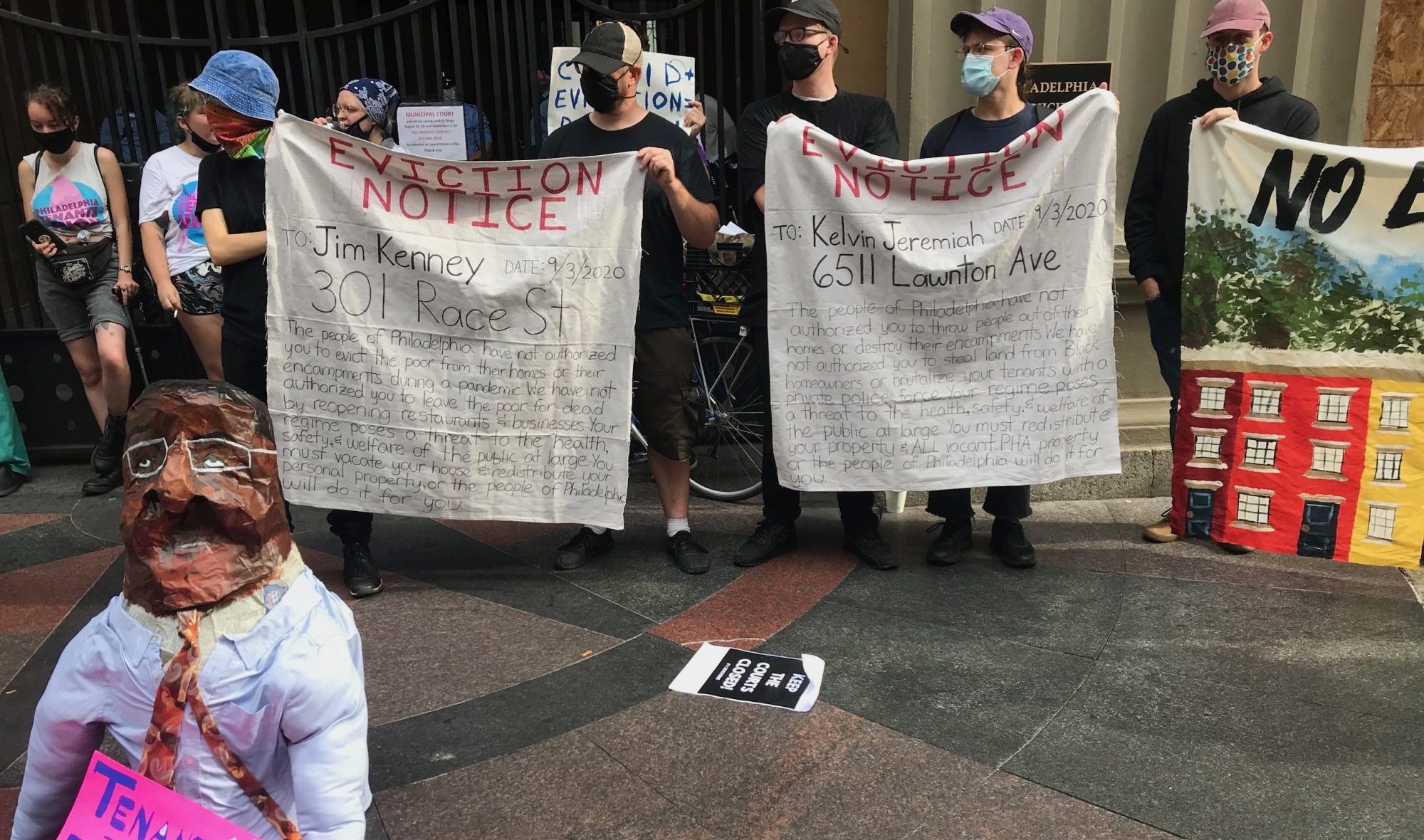 Above photo: A group of housing advocates protesting evictions tried to block the court entrance Sept. 3, 2020. Courtesy of Sterling Johnson.

The move comes as landlord-tenant proceedings begin to ramp up at city courts after months of closure due to the coronavirus pandemic and a statewide moratorium on evictions that ended on Aug. 31 despite calls to the Pennsylvania legislature to extend it from Gov. Tom Wolf.

But while some restrictions remain in place, the Tuesday reopening of courtrooms means at least some eviction orders could — in theory — move forward. The local eviction restriction will add a layer of protection for tenants who are not protected by a Centers for Disease Control public health order blocking certain evictions announced last week. The CDC order is intended to prevent an anticipated avalanche of evictions due to economic stresses caused by the pandemic and related shutdowns. Homelessness and displacement increase the risk of spreading virus and are linked to poor health outcomes.

Local landlord group HAPCO said it was informed courts would not enforce lockout orders for an additional two weeks.

Paul Cohen, an attorney for HAPCO, criticized the latest delay.

“This will have many unintended consequences for both landlords and tenants,” he said. “Stopping evictions may help tenants in the short term, but you aren’t helping them in the long term.”

“We would like to see no less than a 30-day stay of lockouts and eviction hearings,” she said. “We look forward to the city and court’s partnership in taking all necessary steps to minimize the lifelong impacts that evictions will have on Philadelphians.”

The nonprofit legal clinic indicated it would also ask officials to reissue notices of pending lockouts and inform tenants of their rights under the new CDC moratorium.