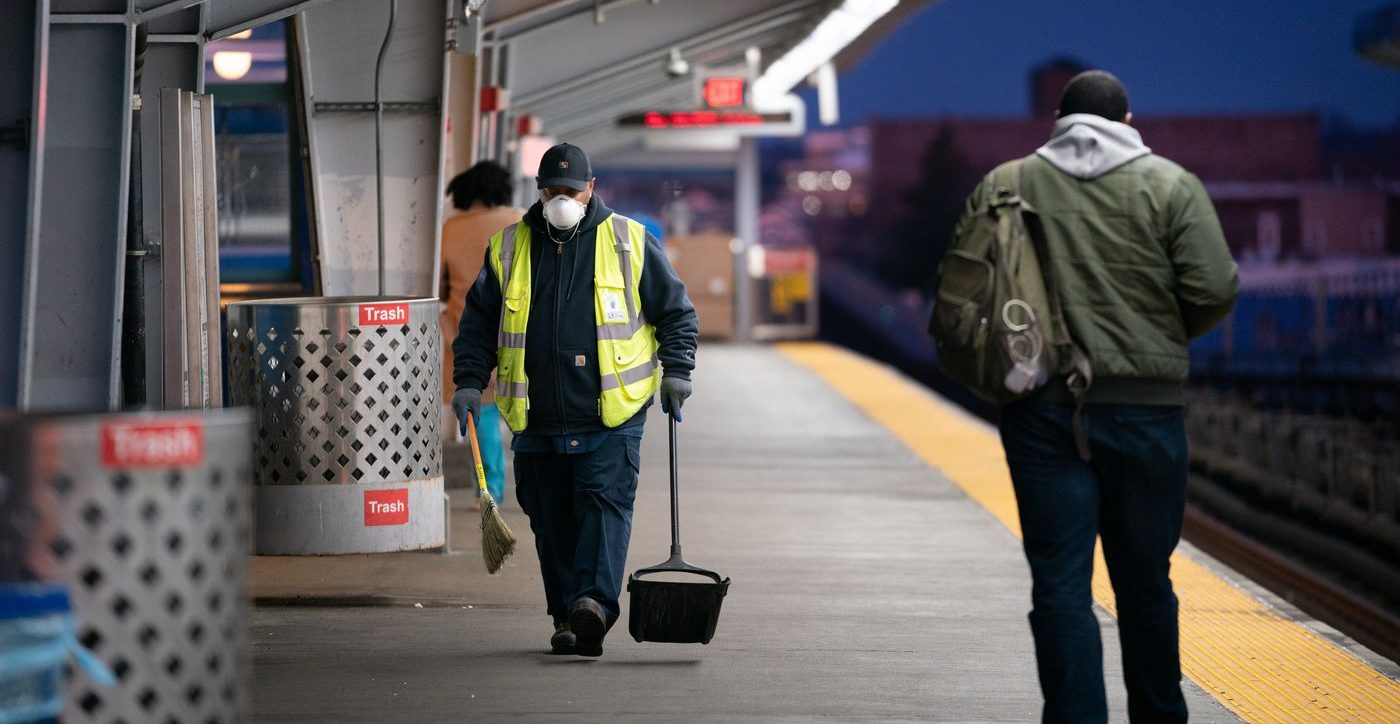 As workers grow increasingly desperate in the face of life-threatening conditions, Philadelphia labor leaders have come together to say the city must do more to protect employees deemed essential during the coronavirus pandemic.

Officials representing more than 30 union locals and worker groups called Monday for Mayor Jim Kenney to make testing available for all essential workers and prevent employers from firing employees who stay home if they feel sick. The effort, led by UPS workers’ Teamsters Local 623 and the worker group One Pennsylvania, is the first attempt at uniting the city’s labor movement to get better protection for workers during the pandemic.

“Workers were called upon to deliver us through this crisis,” the union leaders wrote in a letter to Kenney. “It’s time they are delivered the respect and protections they deserve.”

The effort follows national moves to broaden rights for essential workers, often in the form of a “bill of rights.” U.S. Sen. Elizabeth Warren (D., Mass.) and U.S. Rep. Ro Khanna (D., Calif.) proposed legislation this month, as did members of New York’s City Council. The first day that Philadelphia City Council members would be able to introduce legislation to support essential workers since the city went into lockdown is Friday, and Councilmembers Helen Gym and Kendra Brooks said they plan to do so.

In the last two years, Philadelphia has passed cutting-edge progressive labor laws, though it has lagged on enforcement.

Cities have increasingly been passing worker protection laws where the federal government has not, and the pandemic has been no different. The federal government’s coronavirus paid sick leave law left out most American workers, and the Occupational Safety and Health Administration has largely left matters of worker safety up to employers.

Kenney said Monday that the city was reviewing the issue. Health Commissioner Thomas Farley said that while he hopes the city can expand its testing capabilities, it would not likely test people who don’t have symptoms, even though that group may be doing the most to spread the virus. Officials continue to prioritize testing for symptomatic health-care workers, people in nursing homes, and those over age 50.

Pennsylvania’s essential workers, who are largely paid low wages, have been increasingly vocal about working conditions during the crisis.

Last week, Transport Workers Union Local 324, which represents thousands of SEPTA workers, held off on a threatened job action protesting safety conditions after Kenney intervened. On Friday, a group of workers at a South Philadelphia nursing home that has had 16 deaths voted to authorize a strike, saying their employer was putting employees and the residents they cared for in danger. And the union representing city correctional officers took the unusual step of calling for reducing the jail population as a safety measure for its members.

That’s to say nothing of the undocumented workers and others not represented by unions, who have continued to work but are less empowered to speak up.

The labor groups are also calling for the city to enforce safety protocols, for the Office of Labor to help workers take legal action against their employers, and to reopen Hahnemann University Hospital for public use.

Kenney has said that it’s too expensive to reopen Hahnemann and that the city has “moved on” after a high-profile dispute with the building’s owner.