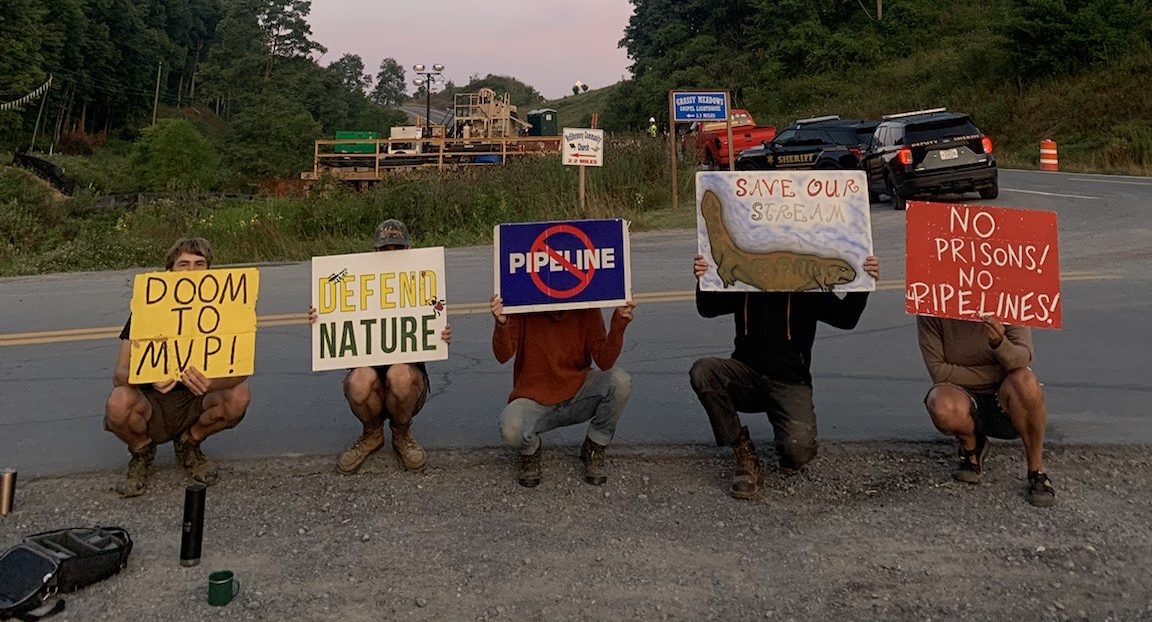 Lawn, WV — Early Friday morning, two pipeline fighters locked themselves to drill equipment at the site where the Mountain Valley Pipeline crosses under Interstate 64 in Greenbrier County, WV. Their action halted work at the site for 2.5 hours, until both people were extracted and arrested. A banner at the site read, “MVP Is Deadly; Doom To The Pipeline”. 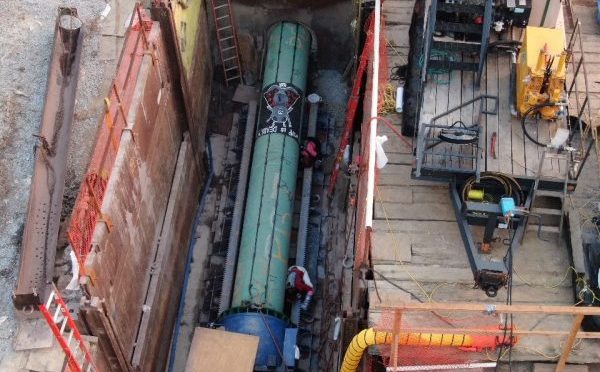 “In the expansive timeline of industrial extraction, halting work for a single day might feel molecular, but today’s action is anything but isolated,” stated one of the people locked to the drill. “Today’s action stands in community with all that has transpired, all those that will continue to resist, painting a larger picture of the resiliency of grassroots organizing in Appalachia and the overwhelming value of direct action in rural spaces. As I write and as you read, 303 miles of Appalachian soil is being held captive by the Mountain Valley Pipeline. As pipeline construction intrudes upon the ground under the pads of our feet, we are reminded of the long history of rural communities,of Appalachian flora and fauna reduced to a mere commodity for the sake of bolstering a capitalistic agenda.”

The other person who took action stated: “Today I am taking action against the MVP. For me, the only option is to take direct action against this pipeline which is tearing through the beautiful mountains of Appalachia. I am taking action today not only to oppose this pipeline, but as a part of a broader movement working to abolish the systems of capitalism, white supremacy, cis hetero patriarchy, and all the other systems that are destroying this earth. I am also taking this action in solidarity with Indigenous water protectors and allies fighting Enbridge’s Line 3 up in so-called Minnesota.”

The Mountain Valley Pipeline is a 42-inch diameter, 300-plus mile, fracked gas pipeline that runs from northern West Virginia to southern Virginia, with a 70-mile extension into North Carolina (the Southgate Project). If completed, the MVP would be responsible for nearly 90 million metric tons of annual greenhouse gas emissions, equivalent to the emissions of 19 million passenger vehicles or 23 average U.S. coal plants annually (source: Oil Change International). As well as contributing to climate change MVP increases demand for natural gas (and as a result, fracking) and is entrenched in corrupt political processes. MVP endangers water, ecosystems, and endangered species along its route as well as our communities and sense of wellbeing. Staunch resistance to the pipeline has existed since its proposal in 2014 with direct action taking place to block or slow construction since winter of 2018. The failing pipeline is 3.5 years behind schedule, several billion dollars over budget, and still missing permits including those needed to cross streams, waterways, and the National Forest.