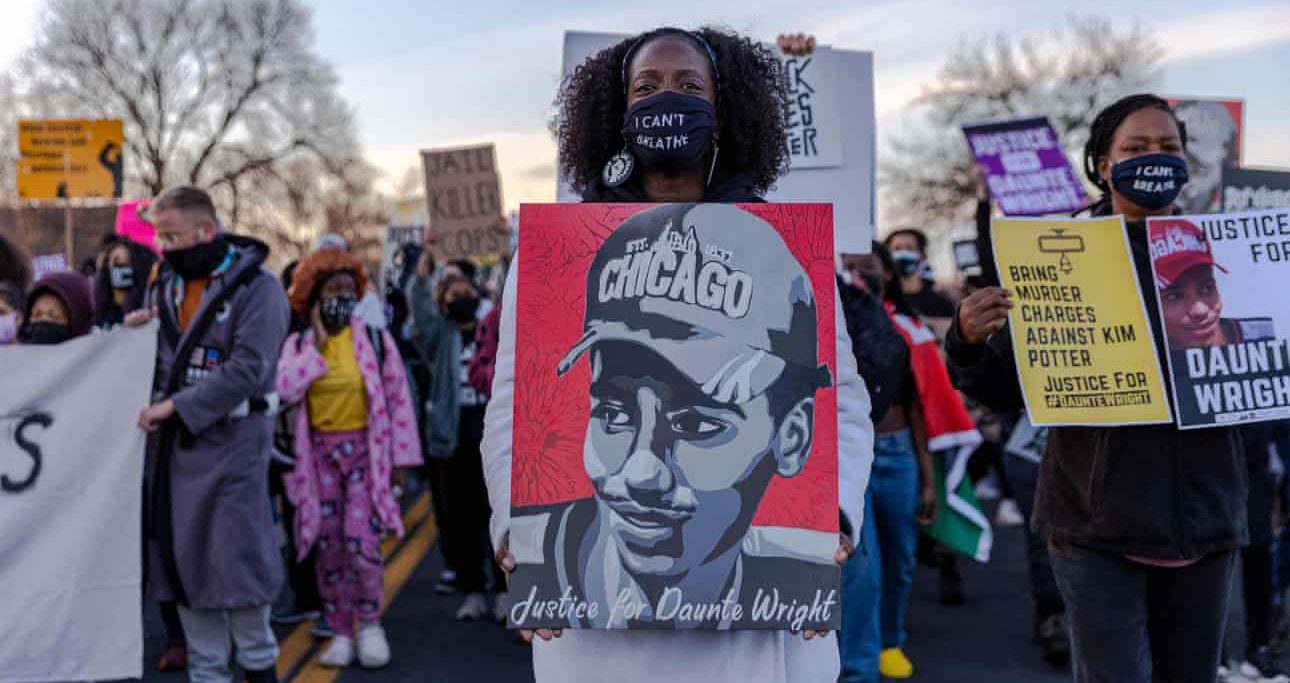 The systematic killing and maiming of unarmed African Americans by police amount to crimes against humanity that should be investigated and prosecuted under international law, an inquiry into US police brutality by leading human rights lawyers from around the globe has found.

A week after the former Minneapolis police officer Derek Chauvin was convicted of murder in George Floyd’s death, the unabated epidemic of police killings of Black men and women in the US has now attracted scorching international attention.

In a devastating report running to 188 pages, human rights experts from 11 countries hold the US accountable for what they say is a long history of violations of international law that rise in some cases to the level of crimes against humanity.

They point to what they call “police murders” as well as “severe deprivation of physical liberty, torture, persecution and other inhuman acts” as systematic attacks on the Black community that meet the definition of such crimes.

They also call on the prosecutor of the international criminal court (ICC) in The Hague to open an immediate investigation with a view to prosecutions.

“This finding of crimes against humanity was not given lightly, we included it with a very clear mind,” Hina Jilani, one of the 12 commissioners who led the inquiry, told the Guardian. “We examined all the facts and concluded that that there are situations in the US that beg the urgent scrutiny of the ICC.”

Among its other findings, the commission accuses the US of:

The commissioners also charge that African Americans are frequently subjected to torture at the hands of police. They assert that the use of chokeholds and other violent restraints during arrests are tantamount to torture – also a crime against humanity under international law.

Jilani, who is president of the World Organisation Against Torture, said that last week’s guilty verdict in the Floyd killing substantiated the commission’s views. “It clarified for us that the use of force during the arrest of an individual is not just dehumanizing, it clearly amounts to torture and potential loss of life.”

The report arose directly out of the foment that swept the country in the wake of Floyd’s murder last May. As protests erupted across the nation and around the world, the families of Floyd and other Black people killed by police in recent years petitioned the UN to set up an official inquiry into the shootings.

Under intense pressure from the Trump administration, however, the UN shrank from being drawn into the debate. A coalition of three leading lawyers’ organizations – the US-based National Conference of Black Lawyers and the National Lawyers Guild, and the worldwide International Association of Democratic Lawyers – stepped into the breach, joining forces to stage their own independent inquiry into US police brutality.

A panel of commissioners from Africa, Asia, Europe, Latin America and the Caribbean was assembled to look into police violence, and the structural racism that underpins it. Virtual public hearings were held earlier this year, with testimony from the families of the victims of some of the most notorious police killings in recent times.

Among the 44 black people who died or were maimed by police and whose cases were put under the commission’s spotlight were: Floyd; Sean Bell, killed on his wedding day in 2006 after police fired 50 bullets; Eric Garner, who died in a chokehold in 2014 crying “I can’t breathe”; Tamir Rice, the 12-year-old playing with a toy gun shot in 2014 seconds after police arrived; Michael Brown, the unarmed 18-year-old whose killing ignited the Black Lives Matter movement; Freddie Gray who died in 2015 after enduring a “rough ride” in a police van; and Breonna Taylor, killed as she was sleeping in a police raid on her home in March 2020 in Louisville, Kentucky.

On Monday, the US Department of Justice announced that it was holding a civil rights inquiry into police practices in Louisville.

Jilani told the Guardian that as a native of Pakistan who has participated in many UN investigations probing human rights abuses, she is familiar with accounts of extreme brutality by law enforcement. “But even I found the testimonies we heard in the US extremely distressing. I was taken aback that this country, which claims to be a global champion of human rights, itself fails to comply with international law.”

She added that as she listened to relatives of police shooting victims relate their stories, “it became clear that this was no longer an account of individual trauma, it was an account of trauma inflicted on a whole section of the US population.”

The commission’s report puts the human impact of systemic discrimination against African Americans in stark terms. It says that the US is operating two systems of law.

“One is for white people, and another for people of African descent,” it said.

In the course of the public hearings held in January and February, relatives gave a more personal impression of what such trauma entails. Nicole Paultre Bell, the wife of Sean Bell, testified: “Imagine living in a world where you must explain to your children that their father, an unarmed bridegroom on the morning of his wedding, can be justifiably killed in a hail of 50 police bullets.”

One of the most visceral accounts was given by Dominic Archibald, the mother of Nathaniel Pickett who was gunned down by a police officer in 2018 for doing nothing other than walking unarmed across the street. In her testimony, Archibald began by explaining that “Nate” was her only child.

“He was my legacy, my faith in the present moment, and my hope for the future. Can I ever put this impact into words? Would anyone ever understand?” she said.

Answering her own question, she went on: “That answer is no. Nate was my perfect gift from God. When he was killed, every hope and dream in my head was destroyed, taken and relegated to a statistic.”

The report gives its own searing figures. Unarmed Black people are almost four times as likely as their white equivalents to be killed by police.

Since 2005, about 15,000 people have been killed by law enforcement – a rate of about 1,000 every year. During that same period only 104 police officers have been charged with murder or manslaughter in relation to the incidents, and of those only 35 were convicted of any crime.

The commissioners make a number of demands on the US government and Congress. They want to see demilitarization of local police forces, and prohibition of no-knock warrants that allow officers to raid the homes of Black people like Breonna Taylor’s without warning and often without cause.

They also want an end to qualified immunity through which police officers avoid civil lawsuits. The commissioners say the loophole “amounts to condoning brutal police violence”.

But the most contentious demand is likely to be the call on the ICC prosecutor to launch an investigation against the US for crimes against humanity. It is questionable how effective that tactic would be even were such an inquiry started, given that the US has refused to recognize the international criminal court.

Jilani said she hoped that the US government would see that such an action would support much needed change. “We felt that the US would benefit were individual police officers further deterred from resorting to unjustified force, knowing that some kind of international criminal responsibility might be held against them.”