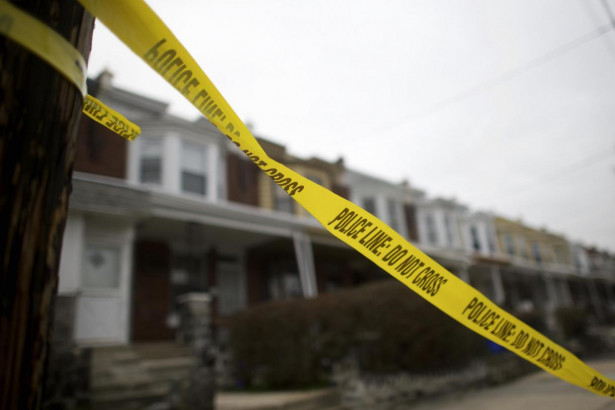 Police Killings In The US Continue To Rise

Above Photo: The Trump administration has done little to reassure its critics that it will work to reduce police violence Getty Images

More people have died at the hands of law enforcement in the US so far this year than during the same period in 2016, casting a dark shadow over the Donald Trump administration as it invests more power in the police.

By 19 March this year, 271 people have already been killed by police, compared with 262 people by the same date in 2016, according to a database called Killedbypolice.net.

The rising numbers do little to reassure critics of Donald Trump, who signed an executive order in February to invest more power in the police and who has all but scrapped the former Justice Department’s investigation into law enforcement violence around the US.

“There is a viewpoint that somehow law enforcement is never wrong and the government will want to invest more power in police to protect them and the community,” said Reverend Graylan Hagler, a senior pastor at Plymouth Congregational United Church of Christ in Washington DC, who has held community meetings about police violence and racial tensions.

“This means that police patrol a community and they have no relationship with that community whatsoever and they see the people as the enemy.”

The narrative of “Blue Lives Matter”, a counter movement to the Black Lives Matter protests, gained traction throughout the 2016 election campaign, although far fewer law enforcement officers were killed on the job in 2016 compared to the number of people they killed whilst on duty. 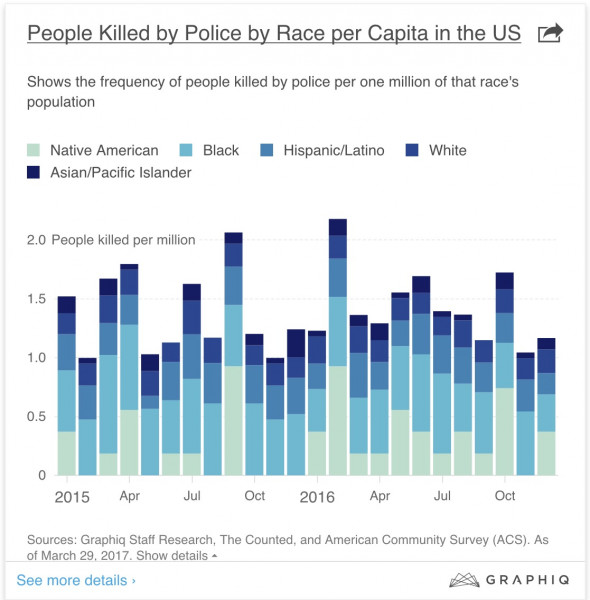 The only time Mr Trump criticised law enforcement was when officer Betty Shelby shot Terence Crutcher, an unarmed black man, after his car broke down.

“I don’t know what she was thinking, and I’m very troubled by that,” he told a group of African American churchgoers in Ohio, shortly before the election.

“We’ve had others [law enforcement killings],” he added. “And the police are aware of that, too.”

A report from the National Law Enforcement Officers Memorial Fund found that 64 officers were fatally shot while on the job in 2016, including 21 who were killed in an ambush-style attack.

There is also very little, if any, de-escalation training, as admitted during the trial of Michael Slager, the former officer who shot unarmed black man Walter Scott multiple times in the back as he ran away.

Under the Trump administration, there is no federal oversight. The new Justice Department has given no sign that it would continue to investigate “patterns of excessive force” as was found to be the case in Chicago.

Reverend Hagler told The Independent that there was no impetus on the part of the Trump administration to empathise with people of colour that are disproportionately impacted by police aggression.

“This is a white supremacist administration,” he said, “which stretches from [Vladimir] Putin to [Benjamin] Netanyahu to Donald Trump and the people who surround Donald Trump.”

Since 2001, American and Israeli police have collaborated on training techniques, which Mr Hagler said was worrying, considering that Israeli police occupy Palestine.

How does Mr Hagler see the numbers of people being killed by police panning out over Mr Trump’s first term?