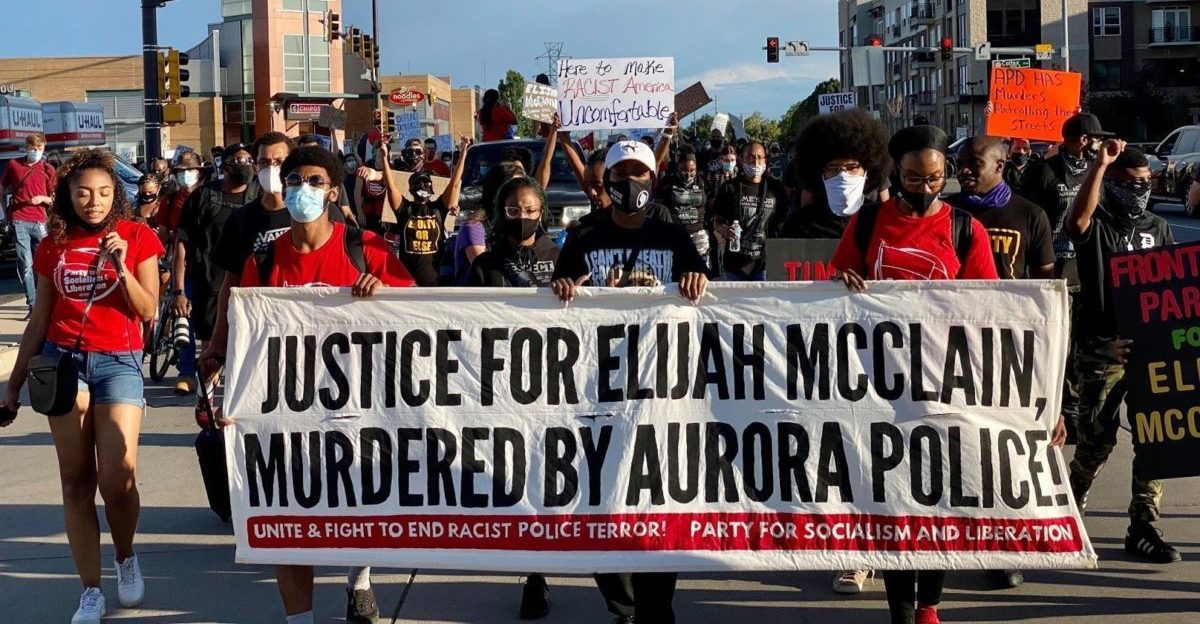 Aurora, CO – Police agencies in the Denver area arrested anti-racist organizers in a coordinated assault today. People were arrested in a Home Depot parking lot, at their homes, and after they were pulled over while driving. Those arrested were the leaders to demand justice for Elijah McClain, who was brutally murdered by the Aurora Police Department. They are still in jail, with the exception of one person. They are facing multiple felony charges and years in prison in an obvious frame-up aimed at stopping the movement for justice for Elijah McClain.

Today, on September 17th, in Denver, Colorado, law enforcement units arrested several lead organizers of the mass anti-racist protest movement that has been on the streets demanding justice for Elijah McClain and other victims of police brutality. This morning, Russell Ruch was arrested while in a parking lot at a Home Depot. An hour later, five police cars surrounded and arrested Lillian House while she was driving. This afternoon, S.W.A.T. teams arrived at Joel Northam’s home and arrested him. As we are writing, we have just learned that Eliza Lucero has also been arrested. All four are members of the Party for Socialism and Liberation. There may be others who have been arrested.

They are facing multiple serious felony charges and many misdemeanors including the bizarre and ludicrous charge of “kidnapping,” all because they have organized large Black Lives Matter protests. This is a major political attack on the whole movement and the PSL. We will mount a mass campaign to defeat these phony charges and win their freedom.

The movement for justice in the Denver area has in the streets constantly since the brutal murder of George Floyd and the release of the footage of the Aurora PD’s murder of 23-year-old Elijah McClain. These organizers have worked closely with other activists and family members of local police brutality victims to amplify their cases. They have committed no crimes, but only devoted themselves to the struggle for justice! That is why they have been targeted and rounded up today.

This attack on the Denver anti-racist movement and the PSL is part of a concerted national assault on the Black Lives Matter movement, an attack driven directly from the White House, from Governor’s mansions, and from local police chiefs and police departments around the country.

The military has admitted to attempting to use sound cannons and heat rays to disperse crowds on June 1st in Washington, D.C. Federal police broke the law by firing tear gas and smoke canisters with no warning. This type of repression is now being used in practically every city in the country to put down one of the largest protest movements in U.S. history. The Denver organizers could be any of us, and we all must  stand together. We know that every social movement in the past has faced such repression and we will stand up to face it again. We will fight, and we will win.

Support the fight to free the anti-racist organizers in Denver