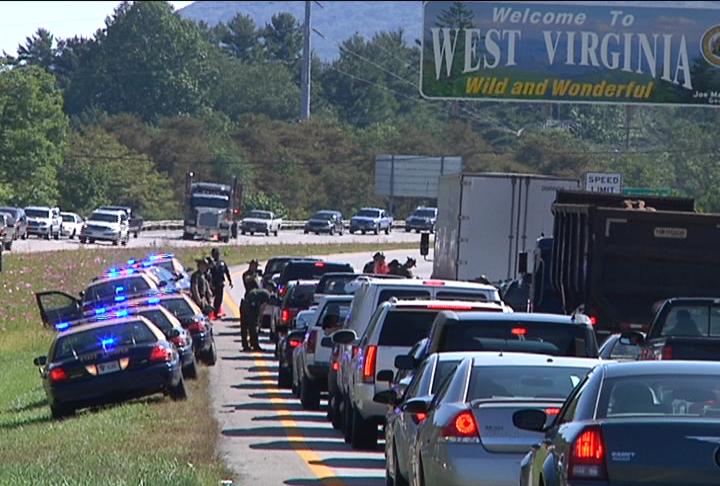 The Beckley, West Virginia Police Department set up a “seatbelt checkpoint,” which resulted in several drug arrests on July 2.

The Beckley police claimed they did the checkpoint to inform residents and raise awareness of a new seatbelt law that goes into effect on July 9.

However, police brought K-9 drug-sniffing dogs to the checkpoints, which were not needed for seatbelt education.

According to The Register-Herald, police searched cars during the seatbelt checks and made five drug arrests. Officers seized 96 grams of marijuana, crack cocaine and $1,500. Police also issued 25 traffic citations.

A press release from the police department states: “The Beckley Police Department will continue to utilize highway safety funded checkpoints to crack down on impaired driving, violations of our traffic safety laws, and increase awareness for safe driving habits in an effort to make our roadways safer.”

However, there is no mention of searching cars without a warrant, K-9 dogs or making drug arrests.

Police are increasingly using seatbelt checkpoints in Tennessee, Louisiana and New York as a way to search vehicles without a warrant.

Mayfield Heights, Ohio police even set up a fake checkpoint along I-271, notedCleveland.com.

How are police allowed to do these types of warrantless searches? Many states do not consider a checkpoint an actual “traffic stop” by police.

The checkpoints are legal as long as the primary purpose is “regulatory” instead of “general criminal enforcement,” which is what police departments often claim in press releases, such as the one above.

However, whenever a police officer is involved in any situation, even off-duty, it can result in criminal enforcement.

During the seatbelt checkpoint, if there are observable signs of wrongdoing, police may gain “probable cause” to search cars without a warrant.

“Observable signs of wrongdoing” can be anything deemed suspicious, but not necessarily an illegal activity.

The courts are divided on the issue of checkpoints and have come down on the side of police and motorists.