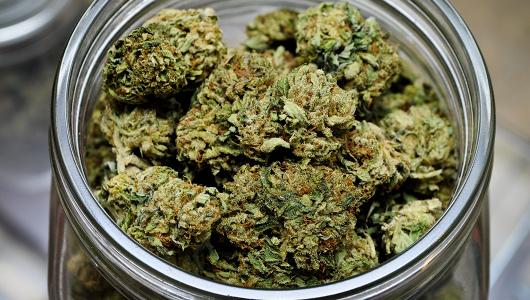 Policy Road Map To Reparations For ‘War On Weed’

Budgets are moral documents. They define a society’s values and show material commitments to the priorities they proclaim to uphold.

Over the past 50 years, the city of Baltimore and the State of Maryland’s active investments in policing the War on Drugs have created conditions of concentrated poverty in Baltimore City. While not limited to marijuana, cannabis prohibition has been, and continues to be, the vanguard of the War on Drugs in terms of social impact. Even today, despite the perception of increased tolerance of marijuana and many states’ pursuit of legalization, marijuana possession is the number of cause of arrest in the United States. In fact, in recent years marijuana arrests have continued to increase.

Currently, over 100,000 Americans are incarcerated for marijuana possession, racking up a total cost of over three billion dollars. From 1990 to 2000, 75% of the increase in arrests for drug charges nationwide came from marijuana related offenses. In fact, according to scholars from The Sentencing Project, enforcement of cannabis prohibition became so pronounced during the 90’s that the War on Drugs could legitimately be described as, specifically, a War on Marijuana.

Maryland, and specifically Baltimore, has a particularly poor record on racial bias in marijuana prohibition enforcement. Data collected by the American Civil Liberties Union shows that Blacks throughout Maryland were two times more likely than Whites to be arrested for marijuana related offenses, despite the overwhelming evidence that shows Blacks and Whites use and sell drugs at roughly equal rates. In Baltimore City, however, Blacks were 5.6 times more likely to be arrested for marijuana-related offenses than Whites- giving Baltimore the fifth highest per capita rate of arrest for marijuana in the nation. A staggering 92% of those arrested in Baltimore City for marijuana were Black and 62% of those Black folks were under the age of 24.

The economic and social impacts of decades of policing and incarceration reverberates through the zip codes most acutely targeted by these policies. Todd Clear, in his book Imprisoning Communities, argues that this wave of arrests not only fails to control crime, it creates the very conditions of community instability which produce crime in the first place. His text describes the collapse of community institutions that  occurs when massive percentages of the community are arrested, weakening the informal social structures which prevent crime. He also speaks of “coercive mobility”,  the social disruption and human displacement caused by the prison industrial complex. Youth forced to live with grandparents, change schools, and experience the trauma of seeing police raids all prevent the creation of the deep social bonds and social capital necessary for upward mobility.

While most of the incarcerated young people from these communities return after a short period of time, they are more likely to commit crimes than young people given probation for similar offenses. This creates a vicious cycle, as War on Drugs policing creates conditions which lead to crime, encourages calls for “tough on crime” policies, and worsens initial conditions.  Like compound interest, these community disruptions begin to magnify over time as generation after generation get subjected these conditions.

The history of marijuana prohibition demands policy interventions which remedy the decades of damage they have caused. As Michelle Alexander argues in The New Jim Crow, the system isn’t failing these communities. It is working to its desired end. Maryland has been complicit in investing in perpetuating this cycle of violence when it comes to its history of bias enforcement of marijuana prohibition laws.

The ACLU notes that the state had the 3rd highest per capita marijuana enforcement investment in the country from 2001-2010. Society is culpable for investing in systems of social control in these communities, thus necessitating a new investment in repairing the enormous damage done. Issues around a lack of black ownership in medicinal marijuana permitting in Maryland paints an unfortunate image of mostly White men getting rich for doing what a disproportionate amount of Black men got incarcerated for. In the future, potential statewide marijuana legalization would only exacerbate the disparate outcomes between black and white cannabis entrepreneurship.

While future legalization threatens to compound racial inequality, it can also be the catalyst for progressive policy interventions that repair the damage done to targeted communities. Under a regime of marijuana legalization, some projections show Maryland could reap a $50 million per year tax windfall. While there are many worthy causes the state could spend this tax money on, redressing the historical harm done by the War on Drugs must be the apex of list of policy concerns.

One effective use of this tax money would be to create what I am calling the Community Restoration Fund, a targeted fund for community development in areas most directly impacted by bias policing from marijuana prohibition. Utilizing zip code level data, areas most impacted by policing in the war on weed should be marked for building capacity in the indigenous economic institutions. Additionally, this policy should be targeted to redress those who can show their residency during periods of highest drug enforcement. This is important because:

These funds could go to a county local management board or alternative community based grant making institution with the provision that future funds from the state be determined by request for proposals and funding individuals who meet specific criteria. Localities who violate these provisions concerning the favored populations in the RFP’s should have the threat of having future funds withheld.

Analysis of the vicious cycle that impacted these communities should not interpreted as their inability to provide solutions to these problems. In fact, the people who have experienced these conditions have the particular vernacular knowledge to change the community. A prime example of this is the work being done by Change4Real, a community-based economic developer in east Baltimore. Their study in the Old-Town neighborhood has shown that, despite the perception of poverty, over 100 million dollars cumulatively flows through their neighborhood. Their unique vision for economic development inspired an entire program centered on connecting, empowering, and adding capacity to indigenous leaders and entrepreneurs.

Much has been made of the importance of minority participation in the marijuana industry and addressing the carceral impact of the War on Weed. From releasing low level offenders and expunging their records to integrating them into the cannabis industry via preferential status on applications to sell and distribute legal cannabis, there are many policy proposals to address the carceral impact of the War on Weed. Despite these important ideas, and while reform for the formerly incarcerated are common sense steps to address historical bias, minority participation in the cannabis industry is not a panacea.

The capital costs of selling cannabis, complex financial and banking regulations, and the three year head start many out of state and non-minority cannabis sellers currently have limits parity in economic access to the industry. Folks released from jail from marijuana legalization should be able to find economic opportunity in their neighborhoods. Tax revenue from legalized weed should be reinvested into the neighborhoods they came from.

With episodic charity based interventions, demolition of vacant homes and gentrification as preferred policy solutions, state and local leaders have assumed a “blame the victim” mentality when it comes to the communities targeted by the War on Drugs. To challenge the paradigm, we must adopt policy solutions that center the expertise of folks most impacted by the War on Marijuana.

Similarly, while many folks pay lip service to the concept of “racial justice” in marijuana legalization bills, it is usually a superficial response to the racist history War on Cannabis enforcement by saying, “We must end this injustice!” without a plan to actually redress the harm these policies produced.

At worst, marijuana legalization has been seen as a scheme to increase youth and minority turnout for Democratic candidates in state elections. Some will even talk about money going to impacted neighborhoods as part of a “basket” of projects funded by this tax revenue, from opioid treatment to school investment. While there are many worthy causes one could invest in with this tax revenue, no neighborhoods have been more impacted by the War on Drugs than the zip codes targeted by War on Weed.

The specific of the program should be are open of conversation, but the essential character of the program must be honored to ensure results. The percentage of tax revenue earmarked for target neighborhoods can be negotiated, but must reflect the War on Weed’s impact in those areas. Human capital development programs and business incubation are costly-  they need resources to succeed and particular support to drive change in that have been the most disinvested and difficult zip codes in the state.

While traditional logic has offered the depressed state of these communities as a reason for state’s disinvestment in these neighborhoods, the opposite should be true, as the jobs created here will substantial positive effects, including the state saving money otherwise incurred for policing and incarcerating people from these zip codes. As Todd Clear explains, similar to the protective impact civil society institutions like church groups can have on deterring crime, this fund could also not exclusively be used for entrepreneurship, but also rebuilding community institutions which have been decimated through the War on Marijuana.

Despite perceived joblessness and lack of resources, there is an ecosystem of people doing good work in the so-called hood- a bevy of entrepreneurial talent not just on the corner, but also in barbershops, recording studios, child and elder care, and beyond. While the issues around cannabis are complex, the state of Maryland has a relatively simple choice: either fail to invest in economic redress for the history of biased policing and face a continual cycle of violence exacerbated by marijuana legalization, which will make an entire swath of street entrepreneurs potentially unemployed, or invest in creating economic ecosystems which can fundamentally change economic conditions and remedy the impact of the failed War on Weed.