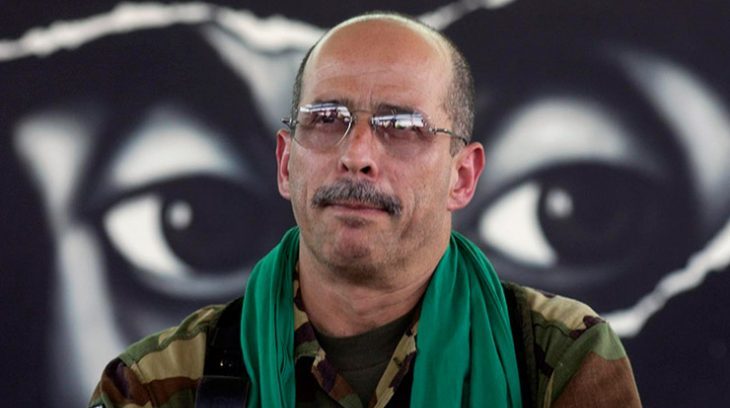 NOTE: (From Justice for Colombia): On 14 March, Micól Savoa of the International Association of Democratic Lawyers (IADL) made the following statement (here translated from Spanish) in the United Nations over the case of FARC political prisoner Simón Trinidad, who has been held in a maximum security prison in the United States since 2008.

The IADL calls the council’s attention to the unjust conviction and the inhumane conditions of detention for the ex-guerrilla of the FARC, Simón Trinidad, political prisoner in the United States for almost 14 years.

Simón was detained in 2004 while in Ecuador to make contact with a UN official to arrange an exchange of prisoners of war. Extradited to the United States on charges of drugs trafficking, he stood trial three times on different charges without any conviction being reached due to lack of evidence.

After a fourth trial marked by grave irregularities, he was finally sentenced to 60 years prison for conspiracy to kidnap hostages. Simón is completing his sentence in the Supermax prison in Florence, Colorado, in conditions of detention which violate all international norms around treatment of prisoners and which can have grave and irreversible consequences on his health.

Since his detention, much has changed in Colombia. The government and the FARC have bravely committed to end over half a century of conflict and open a new chapter in the country’s history.

As with other former combatants, Simón has the right to have the amnesty law applied and to be submitted to the Special Jurisdiction for Peace. He cannot be excluded from a peace process that he did so much to promote.

The body solicits the Colombian government to urgently request his repatriation and the United States government to repatriate him without imposing any obstacle and to immediately ensure his confinement is in keeping with his fundamental rights.

We call on the international community, and in particular the accompanying and guarantor countries to the peace process, to take charge of the case.

To watch the presentation, click on link and scroll down to item 61.

On January 24, 2022, Simón Trinidad filed a complaint in Federal District Court in Denver, Colorado against U.S. Attorney General Merrick B. Garland and the Bureau of Prisons. The complaint (22-cr-00193) asserted that the denial of access to a Colombian attorney violated his right to freedom of speech and freedom of association guaranteed by the First Amendment of the United States Constitution.

He further asserted that his access to an attorney was critical, as he has numerous cases in the Jurisdicción Especial para la Paz (JEP), or Special Peace Jurisdiction, a specialized court in Colombia created to resolve issues related to Colombia’s 50-year armed conflict between the Colombian government and the FARC.

This agreement to amend the SAMS reflects the importance of Simón Trinidad to the Colombian peace process.

Colombian political prisoner Simón Trinidad, known in the Bureau of Prisons as Juvenal Ovidio Ricardo Palmera Pineda, was a peace negotiator for the FARC.

He has been held in extreme isolation under Special Administrative Measures imposed by the attorney general of the United States since January of 2005.

Trinidad has been jailed at United States Prison ADMAX (a supermax prison) in Florence, Colorado since 2008. Simón Trinidad’s SAMS order states that he be segregated and isolated from society, including other prisoners, with very few exceptions. He can receive no mail or visitors.