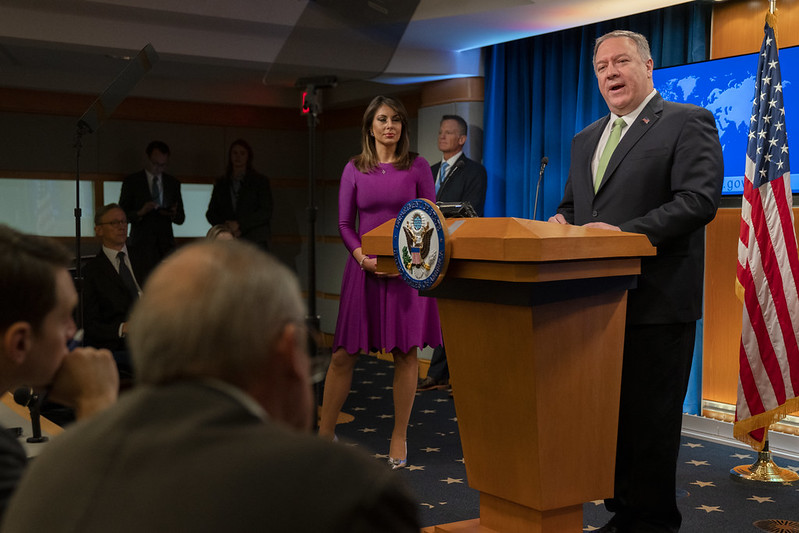 Above Photo: U.S. Department of State/Flickr

“Threats against family members of ICC staff who are seeking justice is a new low, even for this administration.  Instead of pursuing the torturers, the U.S. is condemning the investigators, and even their families. No one should be exempt from accountability”.

“To refer to the International Criminal Court, a body which for years has worked on addressing the most heinous of crimes, including genocide, war crimes, and crimes against humanity, as an embarrassment is the real embarrassment. Lack of political will to investigate crimes and prosecute those responsible has impeded the ICC’s vital work and Secretary Pompeo’s remarks have only exacerbated this. Perpetrators the world over now have a clear message from the United States: they too may demand impunity when their nationals are accused of the gravest of crimes.”

“Secretary Pompeo’s open threat against family members of ICC staff is an ominous move. If there remained any doubt that the Trump Administration’s hostility towards the court is fundamentally punitive and callous in nature, these doubts have now been dispelled.”