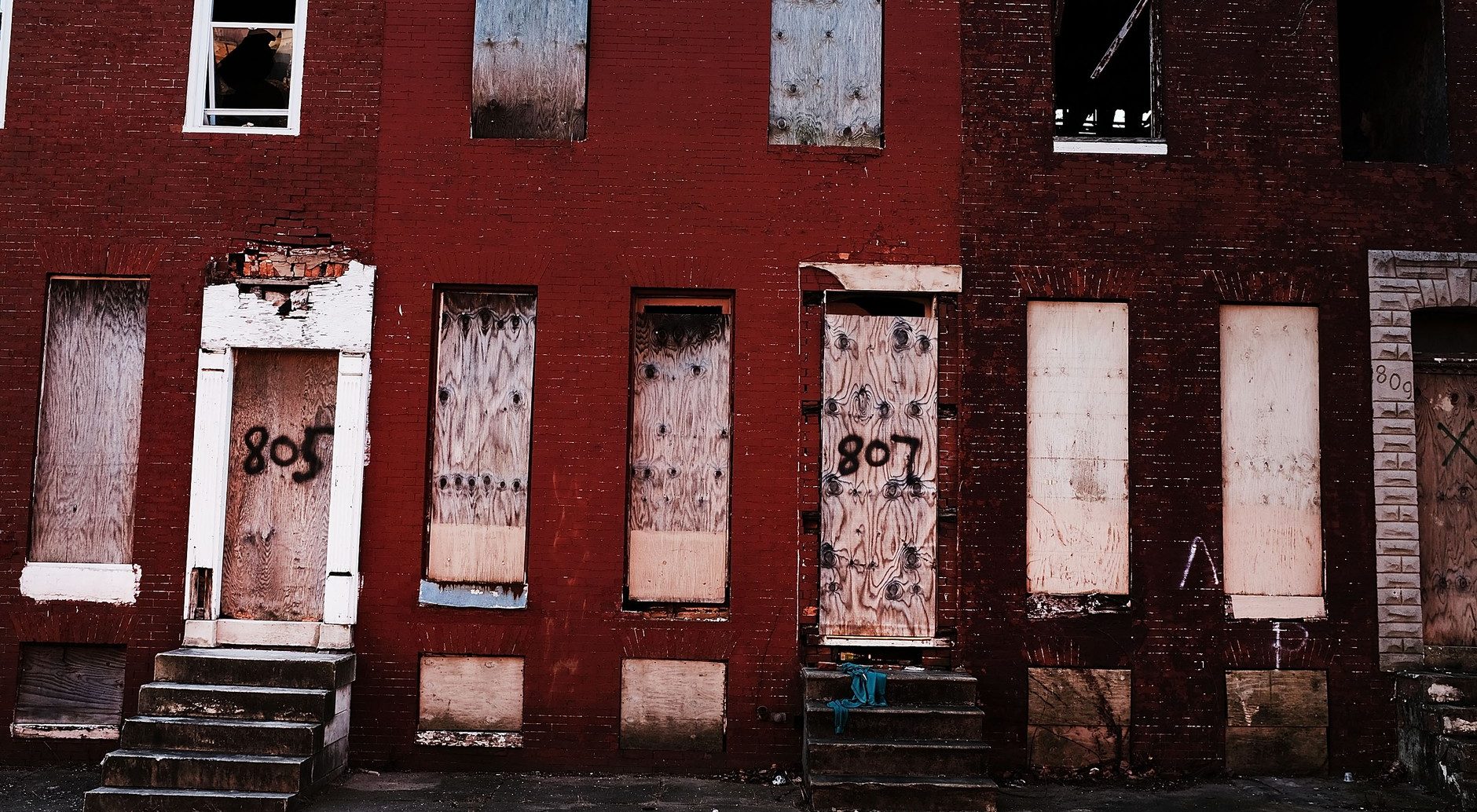 Poor Neighborhoods Are Only Getting Poorer

Above photo: The years haven’t been kind to places like Baltimore, Maryland. Spencer Platt/Getty Images.

There are more communities living in poverty across U.S. metropolitan areas than there were four decades ago — and the neighborhoods that were already poor have even less now.

The latest maps of coronavirus cases in the U.S. confirm much of what we already know about the economics of location: People in poor neighborhoods have it worse. Health care isn’t as accessible, the ability to socially distance is less, and many residents fall into the role of essential workers, unable to work from home. What new research shows is that number of poor neighborhoods in metropolitan areas has actually doubled from 1980 — and most existing low-income areas only fell deeper into poverty.

In two reports released by the Economic Innovation Group this month, researchers Kenan Fikri and August Benzow analyze poverty data provided by the U.S. Census Bureau between 1980 and 2018. The measure used by the researchers is the Official Poverty Measure (OPM), which has been in place since President Lyndon Johnson declared a “war on poverty” in 1964. They acknowledge the metric has flaws. The poverty threshold is just one number — $26,200 in 2020— that stands for the “minimum level of resources adequate to meet basic needs,” according to the Census Bureau. That is to say the cost of what was considered a minimum in 1963 for a household of four, converted in today’s dollars.

Fikri and Benzow broke neighborhoods into four categories for their research.

“Back in the 1980s, we had far more mixed-income neighborhoods,” Fikri said in an interview. “What we’re seeing is that Americans segregate more by income, so the number of poor neighborhoods is growing.” 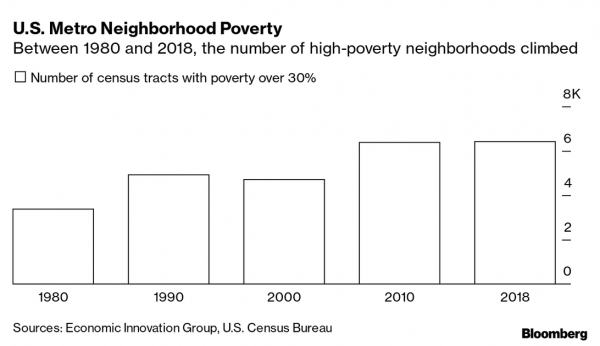 The data show that a rising rate of poverty is felt more in certain cities. In Detroit, 61% of low-poverty neighborhoods in 1980 crossed the high-poverty threshold by 2018. In Cleveland, the percentage was 49%.

“This is a failure of the national economy to create a lot of pathways out of poverty,” Fikri said. “National economic growth clearly is insufficient for poor people and poor places.” 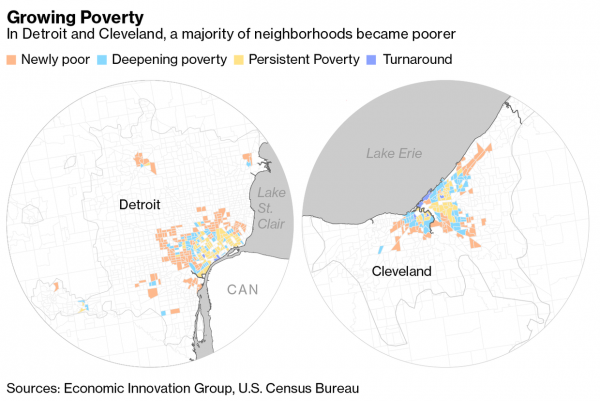 Only 14% of all the metropolitan census tracts studied by the researchers had undergone an economic turnaround, going to a rate of low poverty from a high one.

There is not much evidence to suggest that these turnarounds happen organically, said Alan Mallach, senior fellow at the Center for Community Progress, whose book, The Divided City: Poverty and Prosperity in Urban America, tackles the topic. “In some cases, people living in the neighborhood benefit from the change, but they’re not driving it.”

And in some neighborhoods, “turning around” is a synonym for a “wholesale shift of populations” living in them, Mallach said. A few, however, have managed to strike a balance: In St. Louis, Missouri, the “balanced gentrification” of the Fox Park neighborhood has been managed by a nonprofit community development corporation, which created affordable housing as part of the process.

Another dimension of the neighborhood poverty issue, the research highlights, is that most people who are poor now also tend to live in a poor neighborhood. The two were once less tightly linked: In the 1980s, people could be poor and live in low-poverty neighborhoods. This has become a rarity, making it harder to escape poverty as a whole — from deteriorated public services to the lack of educational opportunities.

Those factors also make low-income areas in the U.S. an easy target for epidemics. “People are often living in more crowded spaces, so you’re having more opportunity for transmission of infectious diseases,” said Grace Noppert, postdoctoral scholar at the Carolina Population Center at the University of North Carolina, Chapel Hill. “You also have more people mixing and mingling in crowded spaces in those communities.” The stress of the environment also makes residents more vulnerable to diseases. Noppert has studied the impact of tuberculosis on poor communities and Covid-19, just like TB, is not sparing these communities, either.

And this comes with demographics attached: A low-income African American is three times more likely to live in a poor neighborhood than a low-income white person, even though the demographics of poor neighborhoods has changed in the past decades, and an increasing number of Hispanics are now in these underserved communities, the study highlights. “The zip code you’re born in determines your health,” Noppert said, “but the zip code you’re born in is determined by your race and ethnicity.”

Reversing the trend isn’t easy — and Fikri and Benzow don’t spend much time on this in their report. To Mallach, instead of trying to economically “turn around” poor neighborhoods, local officials should focus on improving existing living conditions. “If you are poor, that doesn’t mean that you shouldn’t have the opportunity to live in a decent neighborhood,” he said.

(Corrects 11th paragraph to show Mallach was referring to the Fox Park neighborhood in St. Louis.)

Marie Patino is a writer at Bloomberg CityLab.