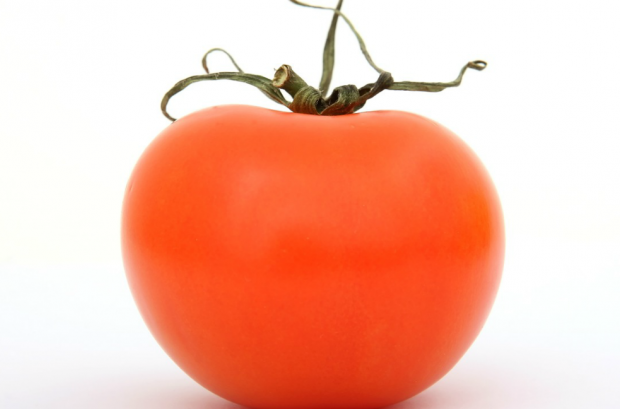 Poor People Could Get Even Hungrier Under Trump

A new pilot program could greatly benefit Americans living in poverty. But its fate seems fragile.

n their enduring quest for convenience, Americans have increasingly turned to what some are predicting will be the future of shopping: online grocery-delivery services. As of last year, about 5% of U.S. consumers said they preferred shopping for groceries online, a number that seems poised to rise in the coming years. In 2015, online grocery sales amounted to about $7 billion; by 2020, they’re expected to grow to $18 billion.

But while people tend to focus on how this service can benefit those with income to spare, online grocery delivery could prove to be a game-changer for a group our society has long ignored: those living in poverty.

Online grocery delivery could prove to be a game-changer for a group our society has long ignored: those living in poverty.

Recognizing this potential, the United States Department of Agriculture (USDA) recently announced trial programs in seven states that will allow recipients of the Supplemental Nutrition Assistance Program (SNAP) programs to order their groceries from participating vendors online, including FreshDirect, Amazon, and smaller local vendors. The delivery program is being piloted in Maryland, Iowa, New Jersey, New York, Pennsylvania, Oregon, and Washington this summer. If implemented nationwide, it could benefit the one in seven Americans who receive SNAP, including those who are disabled, elderly, and living in food deserts where access to brick-and-mortar shops is limited.

Amid the furor over a presidency unprecedented for its incompetence, disdain for democracy, and violations of human rights, this news has largely been ignored.

As someone who has lived in poverty myself, I know how important it is that we pay attention.

I no longer qualify for public assistance, but having grown up using food stamps to fill my stomach, I know all too well the hidden costs of food. I also know that in spite of my hard work and talent, the odds of staying out of public assistance are not in my favor. According to the Center for Poverty Research, if you live in poverty for more than one year, you have a 50% chance of leaving it for good. For people who spent more than seven years in poverty, like me, there is only a 13% chance that we will leave poverty for good.

I was lucky: I finished high school, graduated from college, and have steady employment. Like most poor people, I work hard. The odds still aren’t in my favor.

Without a doubt, a delivery program like this would have changed my life as a low-income teenager. I started working at 14 and worked through college: I waitressed, I bagged groceries, I sold burgers at McDonalds. I went to work tired and came home exhausted. At school, I struggled to keep my eyes open, much less focus on my assignments. The last thing I wanted to do was carry home groceries or cook a wholesome meal, but my single mother and I could rarely afford takeout, much less to have our groceries delivered.

Without a doubt, a delivery program like this would have changed my life as a low-income teenager.

My mother and I were lucky: Thanks to our housing voucher, we rented an apartment in a mostly middle and upper class suburb of Boston, where walking to grocery stores was tough, but feasible. We lived about three miles from one of the cheaper local chains, where we walked twice a week to pick up our essentials: canned soup, boxed pasta, and frozen vegetables. We utilized the Dollar General next door for toiletries SNAP didn’t cover, then juggled our necessities home. In bad weather, we counted quarters and hoped the buses were still running.

While we were fortunate enough to not have a shortage of grocery stores within walking distance, many low-income people live in food deserts, so carrying back groceries is simply not an option. Areas with a lack of healthy food options like fresh fruit, vegetables, and whole foods within a reasonable distance are almost always found in impoverished areas. Food deserts pose a serious quandary advocates have been trying to solve for years: Even if people receive financial assistance for food, if they have no means of getting to a grocery store or farmer’s market, how can they purchase healthy food?

In most of the country, they can’t. Delivery systems can change that.

Not to mention that my mother and I were lucky to be relatively young, able bodied, and healthy. Elderly people who live in food deserts and do not have their own transportation are especially vulnerable to food insecurity. Roughly 12% of SNAP recipients live with disabilities that may prevent them from walking to a store and carrying back bags, close proximity or not. And people living in poverty are more likely to suffer from anxiety and depression, as well as from chronic health issues like asthma, diabetes, and high blood pressure. (In fact, impoverished Americans are more likely to dieat an early age than their wealthier counterparts.)

Placing an order online allows people to make the best food choices for themselves, even on days they can’t get out of bed, much less hustle to the store.

Allowing SNAP recipients to use their funds for delivery services will be a lifesaver for people in rural communities or those who struggle to leave their homes.

This program could also make groceries cheaper: It permits people to purchase items in bulk, which is not only less expensive in the long run, but guarantees food security and allows for more strategic meal prep. And it could be a lifesaver for SNAP recipients who, like most people, are simply busy.

Perhaps most important is the crucial issue of independence. Not everyone is able to grocery shop on their own, and having to rely on neighbors, family, or aids can be stress-inducing and embarrassing in a society with a longstanding and devastating tradition of stigmatizing those who are low-income. Allowing people to order groceries online provides a degree of autonomy.

Of course, an online delivery system is not without criticism. As is typical of any service meant to benefit those in poverty, this pilot program has been met with conservative resistance. Critics of the service are already worried about fraud — but in fact, rates of food stamp abuse are incredibly low. According to the USDA, SNAP trafficking totals at about 1% of cases per year, a statistic an online delivery system is unlikely to change. Low-income people rely on SNAP to survive; the vast majority of recipients are not going to risk their benefits in an attempt to cheat the system.

Other criticisms are more valid, focusing on how online delivery won’t be accessible to many. For the 10% of low-income people who do not have the internet at home, there is a legitimate barrier for SNAP recipients to actually access the service. Many areas do have public libraries that offer free internet access, but not all have the range of hours necessary to be accessible for people who may work evenings or weekends. Internet aside, the biggest barrier for SNAP recipients will likely come down to the cost of delivery fees, which SNAP does not cover.

Still, it’s hard to argue with the program’s potential to greatly impact many of the 45 million people who receive SNAP benefits. A grocery delivery system won’t change the big picture of poverty for those who are struggling, but it can save them time, energy, and grief in a world that so often tries to shame them.

And yet, a question lingers: Does it have any chance of surviving in our current political landscape?

Since the earliest days of his campaign, President Trump has made appeals to the “forgotten people” of the United States; the working poor, the rural outsiders, the struggling who feel ostracized by establishment politics. Overwhelmingly, President Trump’s support base matches the demographic of SNAP recipients: Mostly white, mostly people who are under-employed or dissatisfied with their jobs, and mostly families who are hungry for change and a better life.

While the President has yet to comment specifically on the SNAP expansion program, his pick for USDA Chief, Sonny Perdue, the former Governor of Georgia, is not known for his friendliness to those in need. In fact, Perdue has been heavily criticized for shrinking SNAP benefits and assistance in great times of need for his state, particularly during the Great Recession of 2008.

For his supporters who live in poverty, or close to the line, the President’s silence on food insecurity and assistance programs is disheartening. In fact, in the days since President Trump took office, we’ve rarely discussed how his Presidency may impact those living in poverty at all.

We do know that the funding of government food assistance programs, like SNAP, are in danger of being cut. Historically, SNAP is funded through the Farm Bill, a legislation which also provides subsidies for agriculture. During the campaign, President Trump did confirm he believes that SNAP should be separate from the Farm Bill, a popular Republican view, and one which makes SNAP much more vulnerable to budget cuts. With this in mind, there is valid cause to be worried about losing SNAP entirely.

In the days since President Trump took office, we’ve rarely discussed how his Presidency may impact those living in poverty at all.

Since the 45th President took office, a steady onslaught of executive orders and high-profile appointments have swept the news, seemingly leaving essential programs as an afterthought. For those who rely on food assistance programs to survive, including many from Trump’s supporter base, we can only hope they won’t feel deserted — or worse, burned — by another administration that forgets them.