Above photo: All photos from the Poor People’s Economic and Human Rights Campaign Facebook Page.

Washington, DC – This summer marks the 50th anniversary of the 1968 Poor People’s March on Washington. This effort, organized by Martin Luther King, Jr., united poor people from around the United States to demand economic justice. Upon reaching D.C., this multiracial movement set up Resurrection City so that the issues of the poor could no longer be ignored. 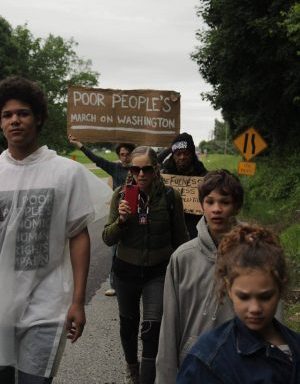 To observe this anniversary and to highlight what we call ‘The Ugly Road’ walked by the poor in the U.S. and abroad everyday, the Poor People’s Economic Human Rights Campaign (PPEHRC) has organized the 2018 Poor People’s March on Washington, D.C. On June 2, poor families and individuals and their supporters from across the United States and abroad came together in Kensington, Philadelphia – the poorest district in Philadelphia – to march to Washington, D.C. to set up Resurrection City on June 9.

From June 2 to June 9, 45 homeless and formerly homeless marchers walked the road to D.C. together, meeting supportive communities, friends, and allies along the way. In undertaking this March, PPEHRC has several goals:

1. We use the March as a form of movement building – where together we learn about forms of systematic oppression and ways of organizing against them.

2. On the long road to D.C., we collectively envisioned how to set up a cooperative economy so that when people go home they are thinking not just about how to pay rent, but also how to transform society.

3. While we honor past organizing efforts through this anniversary March, this action developed new ways of organizing. The March was not a rehearsal of previous political action, but rather a form of reinvention. Instead of making demands to existing politicians, we are building independent political power. Voter registration and political education are key elements of the March. 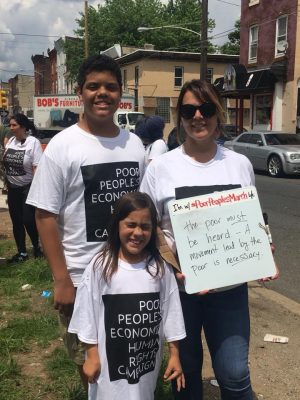 4. Finally, we are drawing national attention to the brutal realities of our lives in poverty, the failures of current policies, and the ‘ugly road’ of organizing while poor and criminalized. We are poor but proud. In undertaking this March we are highlighting the power of the leadership of poor people – when we can critically think, speak out, and act up for ourselves.

In order to achieve these goals, we are undertaking daily educationals and creative workshops on the March, and engaging with communities along the road. Upon reaching D.C., we are setting up a new Resurrection City, which is not symbolic, since March participants will need shelter. In addition to providing shelter, the City will include an alternative school on encampment and housing struggles across the country.

On June 12, we will be met by the Homeless Marathon and our voices will be joined with other houseless ‘nobodies’ from across the country. Our motto is that you only get what you’re organized to take. This March and Resurrection City will help us get organized!

We will continue to work with those joining us to build as larger politically independent poor people’s movement led by and for those in poverty! As put by PPEHRC co-director, Galen Tyler: “We are this new and unsettling force that King spoke of in 1968!” 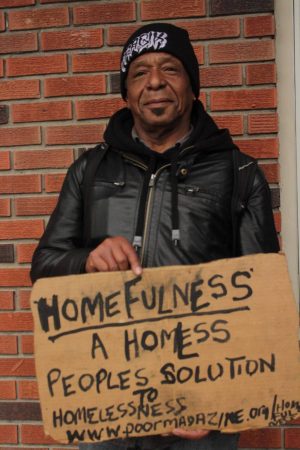 For over thirty years, members of the Poor People’s Economic Human Rights Campaign (PPEHRC) have been organizing national marches and mobilizations led by poor and homeless people. In addition to movement building, on a daily basis PPEHRC members undertake projects of survival – feeding, clothing, and housing those turned away from state and nonprofit services, including survivors of domestic violence, the formerly incarcerated, the undocumented, and those who have lost everything due to fire or natural disaster. Most recently PPEHRC has been assisting Puerto Rican evacuees who lost their homes due to Hurricane María, and are now losing their housing vouchers in Philadelphia.

If you have any questions, please contact Cheri Honkala, Co-director of the Poor People’s Economic Human Rights Campaign, 215-869-4753, cherihonkalappehrc@gmail.com.

Schedule of Events in D.C.

Arrive in Washington, D.C. and set up Resurrection City

4pm: I Against Eye/XK Scenario

9am: Poor to demand meeting with Secretary of HUD, Ben Carson

10am: Putting a face on real power in D.C. at the Chamber of Commerce