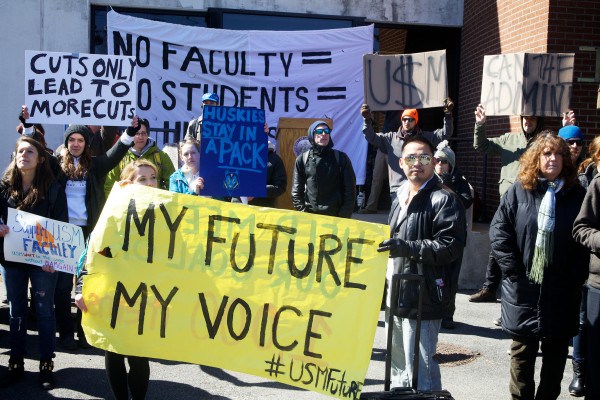 This week we are inspired by activists of all ages who are taking bold action and by the upcoming waves of resistance!

Stopping Torture and Injustice towards Prisoners

Seventy-nine year old Margaretta D’Arcy of Ireland is absolutely steadfast in her refusal to be complicit with allowing US planes to use Ireland’s airport for extraordinary rendition. In this moving TV interview after her release from prison, she wore an orange jumpsuit in solidarity with the prisoners in Guantanamo. You can still join the Friday Fast for Justice to increase awareness of the injustice there.

The Friday Fast also remembers prisoners in the US who are tortured with solitary confinement. You can stop further abuse by letting the California prison system know that long term solitary confinement should be stopped. The deadline for comment is April 3.

This past week, the UN Special Rapporteur on Rights of Indigenous Peoples, James Anaya, visited long-time political prisoner Leonard Peltier. And PFC Manning’s lawyer David Coomb’s wrote an update in which he says that she did not receive “a fair trial and a just result.” Both Peltier and Manning continue to demand justice with the realization that what happened to them can happen to anyone.

It doesn’t look like Cecily McMillan will get a fair trial. Judge Ronald Zweibel denied her lawyer access to information necessary to support her case. She faces 7 years and goes to trial on April 7 in New York City for elbowing a police officer who grabbed her breast from behind as she was leaving Zuccotti Park.

Another important campaign is to stop the outrageous sentencing in Egypt. The court gave the death penalty to 529 activists. CODEPINK held a protest at the Egyptian Embassy to spread the word. Please share this campaign with your contacts.

Taking Matters into Our Own Hands

When the government fails to act appropriately, then it is up to us. Members of the National Campaign for Nonviolent Resistance have been trying to bring a criminal complaint against Obama, Brennan and others about the drone program. The US Attorney’s response this week was to refuse them entry to her building although the rest of the public was allowed in.

This past week was the celebration of the New Year in Afghanistan. The Afghan Peace Volunteers wish for a world without borders. They invite you to meet them through Skype to share dreams. Another positive note is that support for Palestinians is growing. A UN human rights investigator accused Israel of ‘ethnic cleansing’ and practicing apartheid. And Loyola University in Chicago became the first Catholic university to join the BDS movement.

There is so much strong resistance happening against the extreme energy extraction economy that it is hard to cover this past week in one newsletter. Of note are growing movements in Vermont against a pipeline, a rally and petition in New York for divestment from fossil fuels and students in Massachusetts planning a walk out for divestment on Monday. A tar sands megaload was turned away from the Cheyenne River Sioux lands by the tribal council after one person decided to block the truck and many more saw his tweets and joined him.

In British Columbia, Enbridge is exerting tremendous effort in a small town to gain approval of their pipeline, but the townspeople are fighting back. The Quebec Cree are working to preserve close to 10,000 acres of land. First Nations in Canada are trying to stop the Northern Gateway Pipeline. The “Wall of Women” is blocking a pipeline that Kinder Morgan plans to build. And in the US, the Cowboy Indian Alliance is heading to DC to protest the northern portion of the Keystone XL Pipeline. The Great Climate March is on its way across the US to raise awareness of climate change. Check their website to see if they will come close to you.

Anti-fracking activists in Pennsylvania were hit with maximum bail last week for a blockade action. They need donations. Twelve people were found guilty after their protest of the Pilgrim Nuclear Plant. And Popular Resistance is partnering in a campaign, Clean Up the Mines!, to halt all further uranium mining until the thousands of abandoned mines that continue to poison us are properly cleaned up.

Taking a Stand against the Neoliberal Agenda

The policies that privatize everything possible while cutting our public programs have in common that they are part of an overall neoliberal economic model. Last week we told you that #FedUp was holding a first action to take money creation out of the hands of private banks. Here is their report.

United Students against Sweatshops are on tour to force Teach for America, part of the attack on education, off their campuses. Hundreds of students and faculty rallied at the University of Southern Maine this week against cuts. And bus drivers in Vermont were successful in stopping a harmful city resolution after they overtook City Hall.

Poverty is growing in the US. Paul Bucheit writes this week that official poverty would be much higher if we used accurate measurements that reflected the current cost of food, housing, health care and education. He finds that almost half of all Americans hold zero wealth because of debt. Nearly a third of student loans are thought to be in default. Considering that we are in a huge stock market bubble and both the Federal Reserve and China are cutting back on cash infusions, economists are forecasting another financial collapse this year.

While the current crises are frightening, they are also opportunities to join together in both protest of harmful policies and the creation of new systems that meet our basic needs. This spring we see that happening through the #WaveOfAction and the Global Climate Convergence. Across the country and around the world, movements for social, economic and environmental justice are connecting their struggles. It is an exciting time. We encourage you to find some way to get involved.