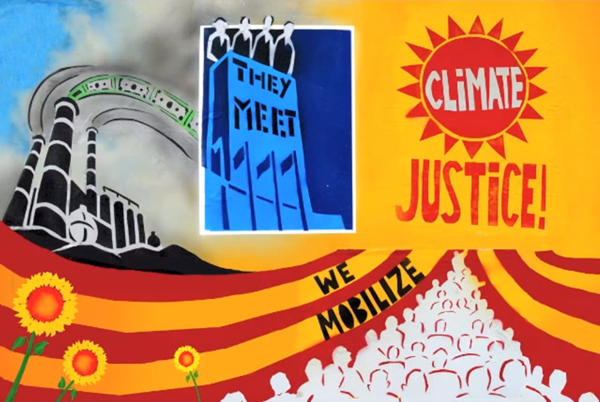 Yesterday, Congress decided to leave town early and recess until after the elections in November. The good news is that they aren’t likely to do much more damage between now and November. We have time to put pressure on Congress and the White House on major issues and make those issues part of their campaigns.

A top issue is the escalation of war on ISIS which will lead us into another quagmire, further destabilize the region and fuel hatred against the US. Brave New Films produced a short video that illustrates how our aggressive tactics have failed so far and questions why we are doing more of the same failed approach. We joined CODE PINK this week to protest in the Senate Armed Services Committee.

We urge you to take action to stop this escalation of war. Call your members of Congress or bird dog them on the campaign trail. Email the President using this petition tool. Raise awareness in your community through teach-ins and visibility actions. Click here to sign the petition. There are many articles on Popular Resistance that educate about the war on ISIS.

Another top issue is net neutrality. Together we have moved reclassification of the Internet as a public utility so that we all have equal access to content from being off the table to being a widely supported solution by the public, tech companies and large websites. This week, rallies were held outside the offices of giant telecoms and Namecheap brought a giant screen to the Federal Communications Commission (FCC) so that employees could hear and see the wide support for net neutrality.

The word from our allies in DC is that the giant telecoms are doubling down and lobbying Congress very aggressively to prevent reclassification. They want the Internet to be like cable TV where people only have access to the websites that they pay for. We will need to continue this fight. Join us in calling for the FCC to get out of DC and hold regional hearings so they can hear from the public directly. Click here to send them an email.

And a third top issue that we must prepare to fight again is the Trans-Pacific Partnership. Members of Congress are hinting that they will revive Fast Track after the elections and perhaps try to pass it during the lame duck session when they think that nobody is paying attention. Fast Track would give the President authority to sign the TPP and prevent Congress from holding hearings on the impacts it will have and offer amendments to it.

We are already making plans with our allies for a week of actions just after the elections and around the time that the President is traveling to the Asia-Pacific for meetings. The actions you can take now are to continue to raise awareness about the dangers of the TPP in your community and to make this an election issue for your candidates. Visit FlushtheTPP.org for information and tools about the TPP. Click here to take the pledge so that you can join the week of actions.

We also urge you to read this reflection by TPP organizer Cassidy Regan who spent time in Guatemala and Chiapas this summer seeing firsthand how trade agreements harm communities. She raises fundamental questions about how we organize locally to resist the transnational corporations’ neoliberal agenda and invites you to join the conversation about ways we move forward.

Members of the Popular Resistance team are on their way to New York City for events around the United Nations’ climate meetings. We participated in organizing the New York Climate Convergence as a member of the Global Climate Convergence in partnership with System Change Not Climate Change. This 2 day conference starts tonight and on Saturday there will be more than 100 workshops and skill shares. The goals of the conference are to understand the roots of the climate crisis, recognize real solutions rather than false solutions and plan next steps in building a movement of movements that will be effective in solving the crisis.

Margaret Flowers and Kevin Zeese wrote a 6 part series with Occupy.com that outlines the obstacles, what the movement of movements looks like and the path forward to climate justice. That path includes both resistance and the creation of alternative systems that replace the current dysfunctional ones.

Popular Resistance organized and will participate in several events at the Convergence that address this path forward. Click here for a full schedule of events. We’ll cover the neo-liberal assault at the national and international levels, organizing to oppose rigged corporate trade agreements and move to fair trade, how to build alternative economies and creating a more effective movement of movements.

On Sunday after the People’s Climate March, we’ll join Occupy the United Nations and on Monday morning we’ll Flood Wall Street – two direct actions that focus on the corrupted COP process and the Wall Street profiteers.

To march with Popular Resistance, join us on Sunday by 10 am at 79th and Central Park West where we will hold a People’s Climate Justice Rally featuring those who are working to change the system. Enter at 77th or 81st Streets and look for us wearing the new blue Popular Resistance bandanas.

Because our team is in New York this week, we’ll be posting fewer articles and answering fewer emails. We apologize for any inconveniences and look forward to reporting back to you next week.