There is something for everyone to do in this movement for social, economic and environmental justice. Here are four opportunities. We hope that if you are not already plugged in, that you may find ideas here. This movement needs everyone and that includes you!

We’re very excited to announce our latest project, CreativeResistance.org, a showcase for activist art. It is designed to spur your creativity and encourage you to  incorporate art into your work in educating and organizing people. We’ve covered activist arts on Popular Resistance, but with CreativeResistance.org the many artists involved in the movement have a place to share work, find each other and inspire everyone.

One of the amazing things about the impact of art is that it hits people at a deeper level than facts and expert opinions.  It reaches the heart and emotion; it creates unpredictable reactions as Ysaye Barnwell of Sweet Honey in the Rock describes and new ways of seeing the reality around us. Art can be transformative in ways other tools can’t.  As Tatiana Makovkin, one of the people responsible for CreativeResistance.org says, “The nonverbal emotional messages embedded in symbols, color, melody and rhythm, are intuitively received. Creativity is outside of control and ‘dangerous.’ The act of creating is subversive.”

You don’t have to be an artist to use CreativeResistance.org in your activism.  The page is searchable by issue so if you are working on a specific issue – healthcare, corporate power, fracking, youth, racism and so much more – you can find great art specific to that issue.  You can incorporate what you find into your writing, into memes for social media, protests or in whatever way you communicate. Art can sharpen your message and turn a protest into a spectacle action that can’t be ignored as the People’s Puppets of Occupy Wall Street and so many others have done.

And, as Tatiana says “Art breeds more art, and cross-pollination erupts in a volcano of inspiration.” We’d love to see a growing positive spiral of art in the movement for social and economic justice because we know it will increase the impact of our actions.

We also know that an art spiral will result in people coming together to make art.  We’ve watched the beauty of monthly Art Builds in Seattle organized by our colleagues at the Backbone Campaign and others. Communities come together to make art that shows the vision of the future they want – a clean energy environment, everyone with access to healthcare, an end to war and poverty.  When people make art together – neighbor to neighbor, parent with child – it creates community bonding and deep commitment to our work. Imagine community art builds across the country.

We also want to make sure you check out the relaunch of our economic democracy website, ItsOurEconomy.US. The site provides fact-based analysis of the current economy and its shortcomings; and describes the potential of economic democracy, a new economy where people work together to solve community problems, wealth is shared equitably and people have greater control over their economic lives.

Economic democracy is sweeping the nation with increasing worker and consumer cooperatives, land trusts being put in place to provide affordable housing, new forms of money as people rethink how money is created and used and new decentralized sustainable energy systems as the country breaks the choke-hold of the carbon-nuclear economy.

So much of what we do is about justice.  So many of the current systems related to finance, healthcare, jobs, prisons, global trade, elections and more produce unjust results. But, injustice also comes at the personal level.  In recent weeks Popular Resistance has highlighted the case of Cecily McMillan, a New York occupy activist who was knocked unconscious by New York police and suffered seizures after she reacted to one of them brutally grabbing her breast from behind.  We’ve highlighted the case because Cecily is now facing felony assault charges and a potential 7 year prison sentence, even though she was the one who was assaulted.

It is an absurd case that brings shame to the NYPD and we have been urging the New York district attorney to drop the charges.  Many of you have joined us in emailing and tweeting District Attorney Cyrus Vance.  If you haven’t, you can do so here.  I hope you will share this page with everyone you know so we can continue to flood the DA with messages of support for Cecily. He needs to know people are watching how he pursues this prosecution.

There was some potential good news in Cecily’s case this week.  Her lawyer, Martin Stolar who has handled many cases involving protests in New York City, filed a motion for the personnel file of the police officer involved. This is a motion that is usually routinely denied, but this week we learned that Cecily’s case has been postponed and instead there will be a hearing on this motion on March 19.  The motion in this case is more serious because we already know about some unethical and abusive behavior by the police officer that undermines his credibility.  His credibility is important because he is the sole witness to what occurred, of course, he is a witness because he is the one who abusively grabbed Cecily’s breast from behind.

We want to urge people to take action to help Cecily and get these unjust charges dismissed.  Here’s what you can do:

–         Tell NY District Attorney To Drop The Charges Against Cecily

Finally, here is a meme you can copy and share throughout your social networks. When you do, tell people to visit: http://www.popularresistance.org/drop-the-charges-against-cecily/ and urge them to join you in taking action for justice.

Finally, today is the one year mark for John Kiriakou’s 30 month term in prison.  John is the only person in government to go to prison for the illegal U.S. torture program.  He was imprisoned because he was the first to acknowledge the use of waterboarding by U.S. officials in illegal torture interrogations.

Prison officials have been mistreating him, punishing him for talking to the media and reneging on a deal to send him to a halfway house.  When he talks to the media he comes back to find his cell has been torn apart by guards. His cellmate’s areas are also turned into a mess, and one cellmate suspects they are trying to turn the inmates against John with these actions.  Now there are threats of “diesel therapy,” that is when an inmate is moved from prison to prison so no-one can contact him or provide support.

John needs our help.  On this page we provide you with a model letter to send to the Bureau of Prisons protesting John’s mistreatment.  And, we also provide John’s address so you can write to him.

We so appreciate the whistleblowers that risk their lives and freedom to get the truth out.  This week Chelsea Manning received the Sam Adams Award for Integrity in Intelligence given out by retired US intelligence officials.  In response she put forward this acceptance statement that describes how the security state is undermining the Constitution. Another whistleblower, who won the award last year, Edward Snowden announced that Manning was this year’s winner in this video statement in which he criticized the increasing number of secret documents.

We also don’t want to forget whistleblowers Jerry Hammond whose ten year sentence feeds the flame of revolt; and Barrett Brown who is a journalist facing life in prison for reporting on Hammond’s released Stratfor documents. Finally, remember that Julian 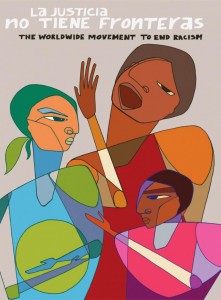 Assange has been living in the Embassy of Ecuador in London since August 16, 2012 to avoid charges that he fears could result in him being extradited to the United States to face espionage and other charges.  We find ourselves regularly referring to documents published by Wikileaks in a great deal of our work.  Wikileaks has produced more real news than all the corporate media in the United States combined.

There is so much to do at this moment in time. Our tasks include educating ourselves and others about what is happening and why, protesting and stopping injustice where we see it and creating alternative systems to meet our needs that are based on the values of the new world we are creating. Together we are making a difference.

Thank you for being part of Popular Resistance.