Porto Alegre in Brazil is the world’s first city where residents participate in budgeting decisions, having done so since 1989. But participatory democracy traces far further back. The indigenous Iroquois Confederacy co-participated in that nation’s economic decisions. Now, three decades since Porto Alegre brought this wisdom to non-indigenous politics, the practice has become widespread with over 3,000 municipalities worldwide using participatory budgeting to make financial choices for their communities.

The takeaway: Citizen control of spending decisions means communities decide what their city does and does not do with public funds. In essence, this is radical municipalism. But how does it work? 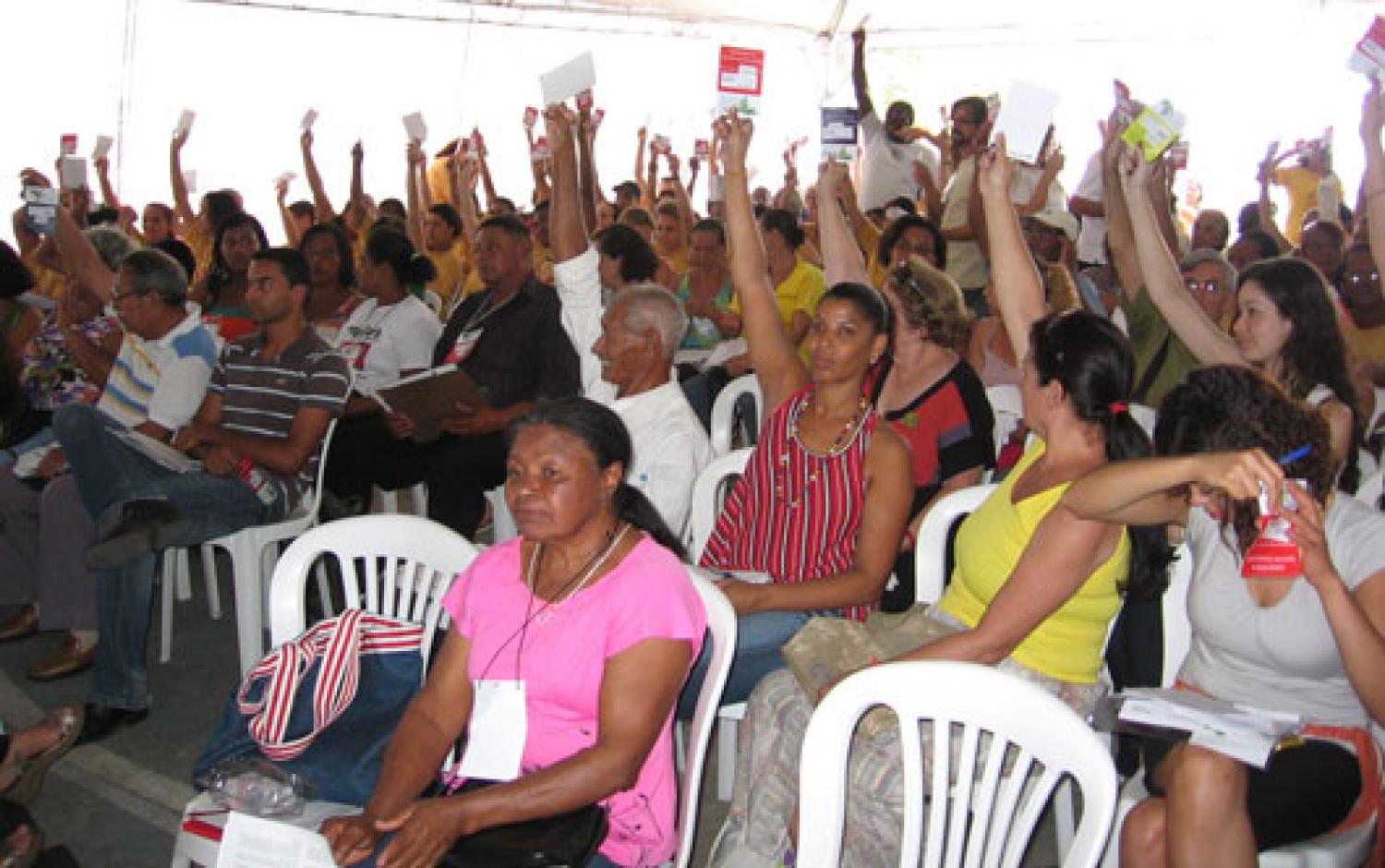 “This program directly incorporates citizens into public meetings where citizens decide how to allocate public funds. The funding amounts can represent up to 100 percent of all new capital spending projects and generally fall between 5 and 15 percent of the total municipal budget. This is not enough to radically change how cities spend limited resources, but it is enough to generate meaningful change.”

The political scientists point out how residents in Porto Alegre and Belo Horizonte, another Brazilian city leading the charge, have decided on millions of dollars in spending. Nearly half of Brazil’s largest cities have now adopted the method. Studies show this has resulted in local authorities spending more on education and sanitation and reducing premature deaths in infancy.

It was the Workers Party that introduced participative budgeting to Porto Alegre in 1989. Belo Horizonte followed three years later, then municipalities across Brazil came on board. The model follows an annual cycle: First, the city presents the previous year’s budget for review. Then, residents attend neighborhood meetings where they offer proposals and discuss spending decisions relating to social services and big projects.

From the neighborhood assemblies councillors are elected who debate and refine the proposals. Residents also vote for delegates – around 50,000 residents – who end up voting on the final proposals.

Participatory budgeting continues today as one legacy of the Workers Party, which led Brazil from 2002 to 2016. Mirroring a trend across South America, the leftist party has since been ousted from government and is being signaled as the end of the “Pink Tide.” But participatory budgeting is one undercurrent through which the Pink Tide’s energy continues, similar to the political tide sweeping Rosario in Argentina. 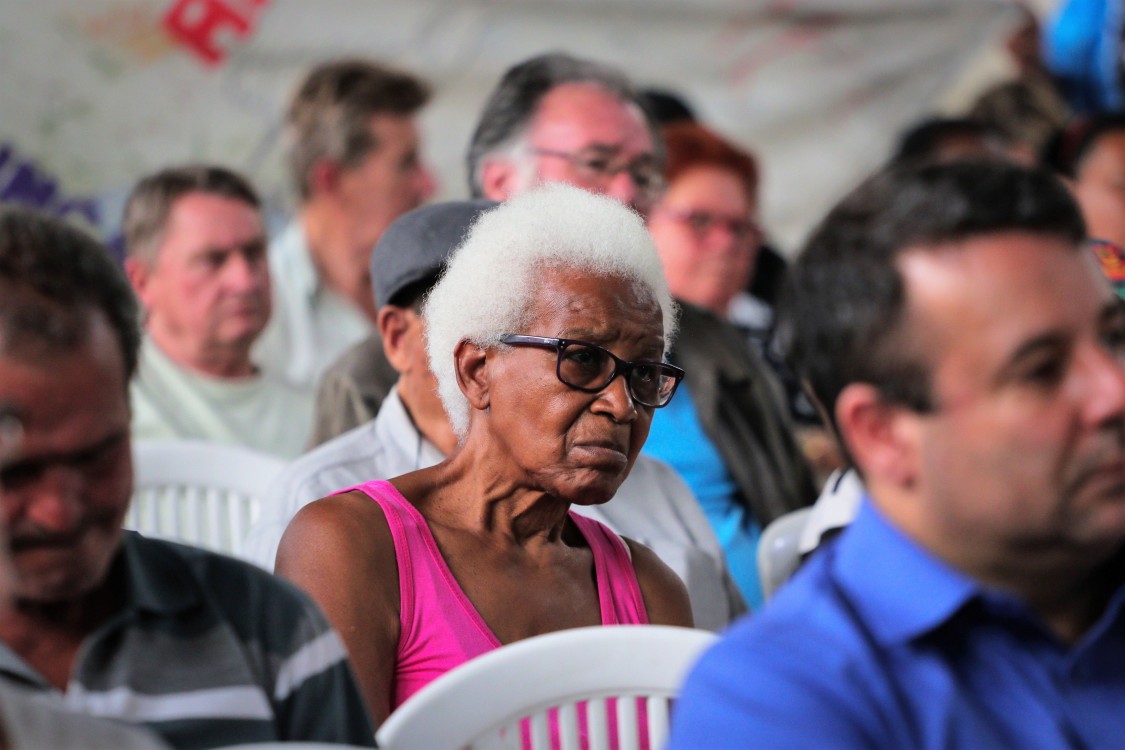 “No one’s going to mistake [Greensboro] for a liberal enclave. In other words, according to PB’s supporters, if the process can work here, it can work anywhere,” writes Yes Magazine’s Ken Otterbourg, in describing the process that came to an unlikely place far north of Brazil: Greensboro, North Carolina.

Since the city adopted participatory budgeting in 2015, residents have decided to install real-time information on public transit. There are extra pedestrian crossings for busy roads, emergency call boxes in parks and more bus shelters.

Otterbourg emphasizes how Greensboro is hardly a city that has undergone a radical municipalist revolution, although participatory budgeting has pushed greater inclusion for communities previously separated by language, ethnicity and poverty. Similarly, the Workers Party of Brazil, which kick-started modern participative budgeting, is more connected to top-down socialism than the new bottom-up radical municipalism building in that country.

Participative budgeting has even been advocated by neoliberal financial institutions like the World Bank. The bottom line, it seems, is that across the political spectrum people are now starting to view the public-decision strategy as a vital political tool for enabling democracy.

“Participatory democracy is not a full-blown politics or ideology like anarchism, or socialism or liberalism. Rather, PD can be employed by any of those… PD is thus a transformation engine,” said writer and academic Michael Menser.

But, he clarified, participative democracy fits into radical municipalism in a way that is politically broader than many ideologies, and often serves as a bridge for many politics of the left. “Participatory democracy is not just about having a voice … is is about sharing power. Just because you have a voice doesn’t mean they listen to you. And even if they do listen to you, it doesn’t mean they obey you. But it’s about power, wielding it not over others, but with them.”

In practice, Greensboro currently budgets just under one $1 million for participatory budgeting, from its nearly half a billion dollar budget. It pools proposals from the community and whittles down what it considers affordable and achievable. Then it holds extensive seminars, where a final short-list is decided upon by residents who are divided into city districts. 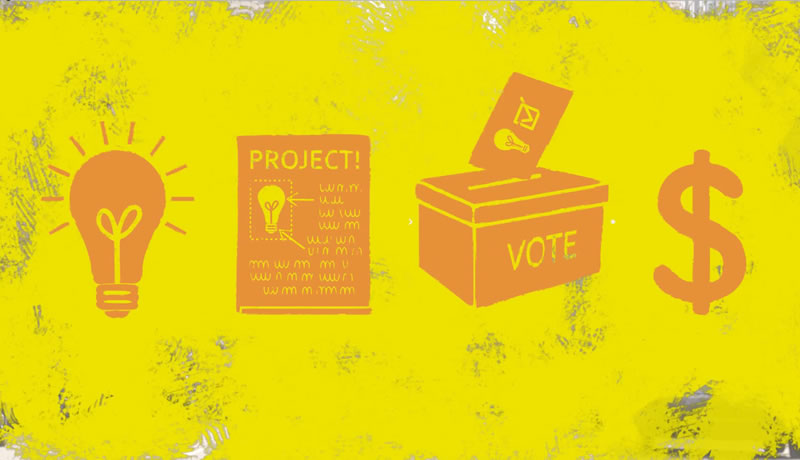 NEW YORK, NEWCASTLE AND BEYOND

Participatory budgeting varies in the amount of money allocated and in the means by which citizens can participate. In Spain’s Catalonia, in the town of Celrá, the radical independence and municipalist CUP party is aiming to hand over all budget decision-making to the public.

In New York, residents can now access a special map with drop pins, where they can give their specific ideas about how to improve transit, housing and other issues.

And in the U.K., Newcastle has joined a pan-European city network called Particepando, aiming to create a “cleaner, greener, safer” city. Within this model, known as Udecide, a random selection of volunteers and specialists form a working group, in conjunction with residents, who can input ideas through participatory events.

Madrid, like many cities in Spain, underwent a radical municipalist revolution in 2015, one feature of which is the site now used by residents, Decide.Madrid.es. The online platform creates a channel to gauge and harness levels of public support on key issues and public spending decisions. Ideas and proposals can be up/down voted, moving into a final stage of resident voting in which the top ideas are submitted into the first draft of the city plan.

Looking more broadly, even in places where only a small amount of public money is allocated for participatory budgets, the trends are clear: the citizen-led strategy increases voter and political engagement. And from a radical municipal perspective, participative budgeting is just one tool that today is helping citizens make their governments obey the will of the people.