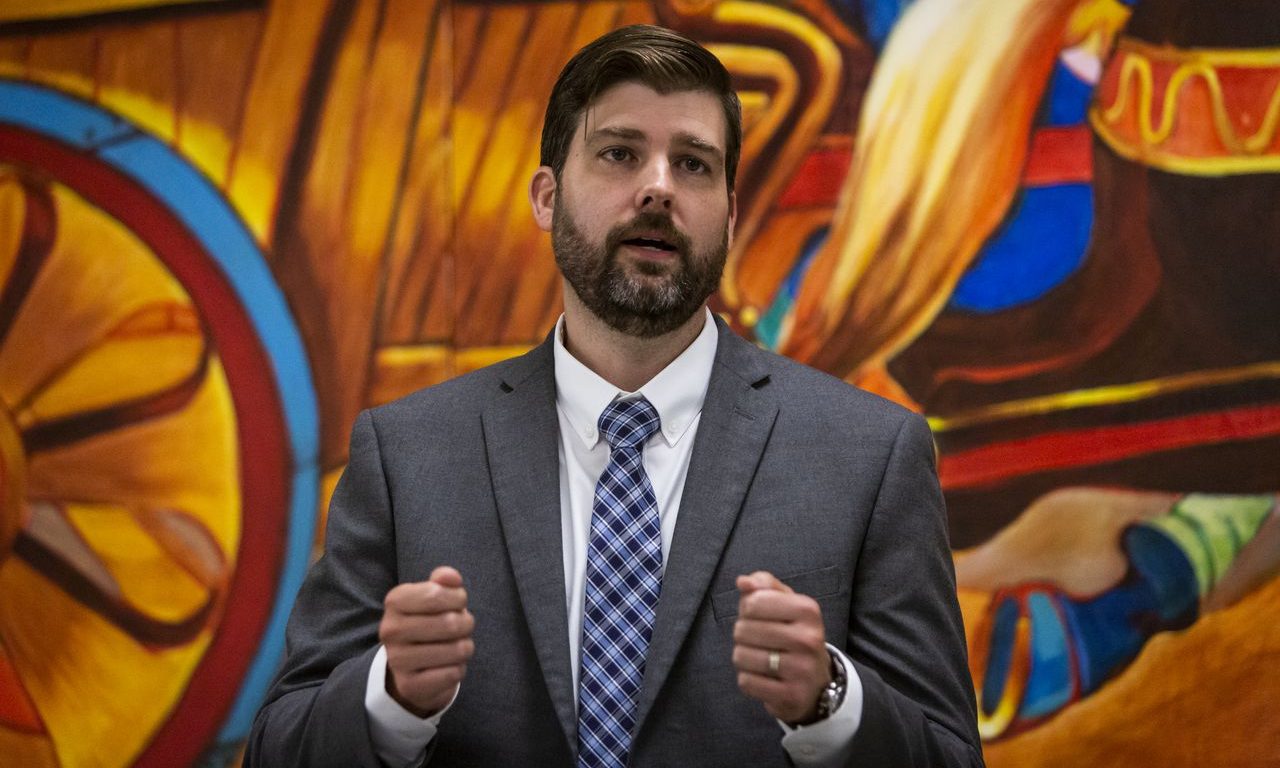 Above photo: Multnomah County District Attorney Mike Schmidt speaks to media on August 11, 2020. Schmidt announced that his office will not prosecute many protesters who have been arrested during recent Portland demonstrations. Brooke Herbert/The Oregonian.

Portland police have referred almost 1,000 protest-related cases to the Multnomah District Attorney’s Office since late May and prosecutors have declined to file charges in nearly 70 percent of them, according to an online tracking dashboard unveiled Wednesday.

Prosecutors have so far fielded 974 criminal cases against people in the ongoing demonstrations against racial injustice and police use of force.

They have dropped 666 of them without filing charges, data provided by the office shows.

Prosecutors have issued charges in 95 felony and 33 misdemeanor cases, according to the dashboard.

Another 182 cases remain under review.

The Oregonian/OregonLive reviewed the cases behind the online dashboard and found:

Prosecutors actually have dropped even more cases than the dashboard shows.

The District Attorney’s Office said Wednesday that it has issued felony or misdemeanor charges in 128 protest cases through Oct. 5. But court records show prosecutors have subsequently decided to drop all charges in at least 22 of these cases, some that have included allegations of riot, burglary and unlawful use of a weapon.

Interfering with a police officer is the most serious charge in more than half of the protest arrests.

At least 522 cases referred to Multnomah County prosecutors allege interfering with a police officer, a misdemeanor, as the sole or most serious offense. In August, District Attorney Mike Schmidt announced his office would not pursue demonstrators accused of the charge, as well as other minor crimes, unless the allegations involved “deliberate” property damage, theft or force against another person or threats of force.

The DA has set a high bar for riot cases …

Prosecutors thus far have filed felony riot charges against protesters in only 20 of the 159 such cases submitted by police, court records show. The District Attorney’s Office has said it would reconsider 28 of the rejected cases, pending further investigation by police. Another 30 riot cases remain under review.

Schmidt has previously said his office won’t prosecute people on a riot accusation alone. Prosecutors will proceed with a riot case only if it includes an accompanying allegation of specific property damage or use of force.

… as well as assault cases against cops.

Of the 39 cases involving an allegation of a protester assaulting a public safety officer, prosecutors are thus far charging only seven of them, according to the District Attorney’s Office. Prosecutors have asked police to do investigative follow-up in another 18 cases.

More than a dozen people have been arrested three or more times at Portland protests.

Court records show at least 18 people have been arrested three or more times during demonstrations in Portland since May, most of them for crimes such as interfering with a police officer, riot and disorderly conduct. Nearly all charges against them have been dropped or remain under review, according to figures provided by the District Attorney’s Office.