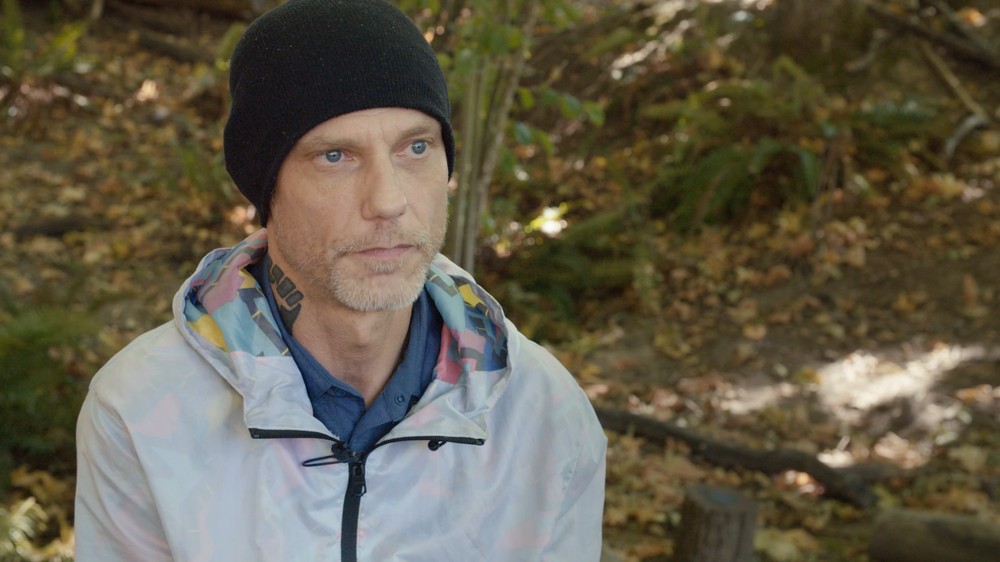 NOTE: This should be a warning to all leftists. The right wing shooter in Kenosha was allowed to walk freely past police after murdering two people and injuring another and had his extradition to Wisconsin delayed to get his legal affairs in order after turning himself in. The leftist, Michael Reinoehl, who says he shot a member of a right wing group in self defense during the Trump caravan where Trump supporters were attacking police violence protesters, was murdered when the police went to arrest him. Could this be a retaliation murder by police?

NPR describes what happened to Reinoehl at an apartment in Olympia, Washington:

“The Olympian newspaper said Reinoehl was spotted as he left an apartment and that law enforcement officers from three different jurisdictions had fired at him.

Thurston County Sheriff’s Lt. Ray Brady, speaking at a Thursday night news briefing, said the encounter occurred at about 7:30 p.m. local time. He said Reinoehl ran to a station wagon parked outside the apartment complex and that officers trying to stop him opened fire.

Finding that the station wagon was boxed in by law enforcement vehicles, Reinoehl sprinted from the car as he produced a gun, at which time officers fired again, Brady said.

Two witnesses told The Olympian that they saw two SUVs pull up and that a man got out of the car and began firing a weapon. They said they heard 40 to 50 shots and that officers returned fire and hit the man.

Four officers fired their weapons, according to Brady. They’re from the Pierce County Sheriff’s Department, Lakewood Police Department and the Washington State Department of Corrections, all assigned to the fugitive task force acting in their role as U.S. marshals, he said.”

“I could have sat there and watched them kill a friend of mine of color. But I wasn’t going to do that.”

Ever since a member of the right-wing “Patriot Prayer” group was shot and killed during a violent rally in downtown Portland August 29, the police investigation has reportedly focused on 48-year-old Michael Forest Reinoehl, an Army veteran and father of two who has provided what he called “security” at Black Lives Matter protests.

The Wall Steet Journal reported earlier that Reinoehl was a person of interest in the killing of Aaron “Jay” Danielson, who was taking part in a massive pro-Trump caravan that began in Clackamas earlier in the day.

In a conversation with freelance journalist Donovan Farley shared with VICE News, Reinoehl said he believed he and a friend were about to be stabbed, and that he acted in self defense. VICE News has not independently verified details of his story.

Shortly after VICE News reported this conversation, Reinoehl was killed in an encounter with officers when the federal fugitive task force attempted to arrest him according to The New York Times.

“You know, lots of lawyers suggest that I shouldn’t even be saying anything, but I feel it’s important that the world at least gets a little bit of what’s really going on,” Reinoehl said. “I had no choice. I mean, I, I had a choice. I could have sat there and watched them kill a friend of mine of color. But I wasn’t going to do that.”

Portland has been a flashpoint for protests since the 2016 election, but after the death of George Floyd in May, protests have gotten messier and increasingly dangerous. In August, a right-wing protester was arrested for firing into a crowd of Black Lives Matter protesters. Proud Boy Alan Swinney brandished a gun and pointed it at protesters, and a group of reportedly left-aligned protesters were seen on video dragging a truck driver out of his vehicle and beating him up.

The killing of Danielson is the first linked to an antifacist protester in recent years. It happened one week after 17-year-old pro-Trump protester Kyle Rittenhouse allegedly shot three protesters at a march in Kenosha, Wisconsin, killing two. Rittenhouse’s lawyer is claiming he acted in self defense.

Reinoehl had been a nightly presence at Black Lives Matter protests in Portland for months. In early July, he was arrested for carrying a loaded handgun at a protest and resisting arrest. The WSJ reports that the case remains open. Later that month, he was shot in the arm while attempting to wrestle a gun away from a right-wing protester during a skirmish.

Reinoehl said he became aware of the pro-Trump truck parade when he saw what he described as “hundreds of trucks with flags on them,” while driving around Portland earlier in the day with his teenage son.

“I notified my friends of what I had seen and finished what I was doing with my son, got home and then received a phone call that it might be a good idea to come down there,” he said. “Security may be needed not knowing what that would entail. I had no idea what I was getting into.”

“I’m seeing all these vehicles with hatred, people in the backs of the trucks yelling and screaming and swinging bats and sticks at protesters that are just standing there yelling at them,” he said.

At 8:45 p.m., Reinoehl said he went to the aid of a friend surrounded by trucks laden with armed pro-Trump protesters. “I saw someone that is a dear and close friend of mine in the movement by himself basically confronting all these vehicles,” Reinhoel told Farley. “And so I let him know that I’m here, parked my vehicle and joined up with him, found myself in the intersection in front of the food trucks surrounded by trucks and cars that had weapons.”

Reindoehl stressed that people participating in the pro-Trump caravan were heavily armed in those trucks, and that they carried “not just paintball guns,” as reported in the press.

He found himself in a confrontation with a man who he says threatened him and another protester with a knife. “Had I stepped forward, he would have maced or stabbed me,” Reinoehl said.

Bystander video from multiple angles show a man who resembles Reinoehl and appears to have the same neck tattoo fire two shots at Danielson and then walk away.  “I was confident that I did not hit anyone innocent and I made my exit,” he said.

Since the shooting, Reinoehl said he’s gone into hiding, and moved his children to a safe place after shots were fired into his house just hours after the incident. “They’re out hunting me,” he said. “There’s nightly posts of the hunt and where they’re going to be hunting. They made a post saying the deer are going to feel lucky this year because it’s open season on Michael right now.”

He had not turned himself in, he said, because he believed right-wing protesters were collaborating with police, who will not protect him or his family.

He said at the time of the confrontation and the shooting, there were no police present to help. “There was definitely nobody in sight, no police officer, nobody at all that could intervene. It was a free-for-all. And the police were letting it happen,” he said.

Two weeks later, he said, he had no regrets about his actions. “If the life of anybody I care about is in danger, and there’s something I can do to prevent it … I think that any good human being would do the same thing,” he said.

Reinoehl said he’s spoken to attorneys who say “I’ve got a viable case for self defense and protection because there’s a definite threat to my life.”

“I feel that they’re trying to, you know, put other charges on me. They’ll find another way to keep me in,” Reinoehl said when asked why he didn’t tell his story to the police. “Honestly, I hate to say it, but I see a civil war right around the corner,” he said. “That that shot felt like the beginning of a war.”